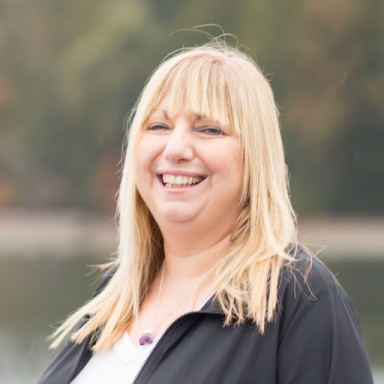 A lot of people today are wrestling with doing their job while their intuition seems to be sending them conflicting messages. For some, it’s like having an unhealthy meal. They know that when they put the greasy food to their lips, they will regret this decision later. Their gut knows that when the gurgling sounds start swishing around their stomach, the night may not end so well. But they go for it, since everyone else seems to be enjoying the enticing food, and no one really talks about how sick the food made them when they got back to the privacy of their home.

Back at the office, business leaders put on a balancing act between catering to the pressures of efficiency and productivity while creating a culture of trust and innovation that attracts the best and the brightest. In today’s world, leaders are expected to have short-term profitability and growth while appearing to be superheroes who steward their brand for the long-term. They spend their days and nights solving problems, and at the same time, they are expected to connect their brand as a leader of business in society. It’s a lot to swallow.

Research is showing that more people believe business should play a great role in society, which is noble. But to do so, a few things need to be considered. First, isn’t it time to acknowledge that the belief that business can solve the world’s biggest issues through corporate social responsibility, social entrepreneurship, and philanthropy initiatives need a reboot? Why does the conscience of an organization need to be separate, and why can’t it be simply integrated in how the organization does business in a socially responsible way? Why do we classify organizations as for-profit and nonprofit? What does this division say about our society and what we have created? What does your gut tell you when you really think about it?

If you have ever spent any time talking to someone who is considered poor, you will find that they usually don’t want charity or to be seen as a “give back” of a large organization. Isn’t it a bit late to fix these societal problems when we can have a business mindset that creates opportunities? What if we created jobs for all these people who get Microfinance and gave them stability and an opportunity for a healthy life? The 2014 movie Poverty Inc. shows that the poor are often poor because of how these regions are regulated. People in poverty need their own incomes, which come from employment. We need to create better ecosystems for job creators. As Poverty, Inc. addresses, the primary reason Africa is poor is not because Africans don’t have enough stuff, nor is it because Africa hasn’t received enough aid or charity. The main reason many Africans are poor is because they lack the institutions of justice that would enable them to create prosperity for themselves.

In the West, many people are posting their success online while working themselves to death. According to the OECD and other reports, upward mobility has been stifled, growth and employment have led to the concentration of wealth among leaders of for profit and non-profit organizations alike and not to higher qualities of life and wages for the workers. There is also less job security and increasing depression, anxiety, and suicide rates. While the media endlessly celebrates successful corporations for their profitability, there is a growing human toll that ranges from increased burnout of people to an epidemic of busyness, where people are not able to find the time to live outside the confines of their career and pursuit of “making a living.” Isn’t it a bit insane that the World Health Organization (WHO) declared that burnout is a mental health issue instead of dealing with its root cause of why so many people are burned out from their work? Isn’t it time to look deeper at why so many successful people are feeling lonely and depressed? And why have we not classified greed as a mental illness that creates burnout?

We no longer know what work really means apart from making a living so we can support the lifestyle we were told makes us happy. Some people work two to three shift jobs to put food on the table and pay their rent, while others never seem to stop working, even on weekends and vacations. There are many people predicting the future of work, but we fail to have a shared understanding of what work could mean in this century.

The last few years of asking why and finding purpose have led to purpose-washing, where it became a branding exercise for many organizations who blasted out the latest business fad. As Rosabeth Moss Kanter once said, ”Change is like putting lipstick on a bulldog. The bulldog’s appearance hasn’t improved, but now it’s really angry.” Today, it is increasingly trendy for organizations to focus on culture and promote a human workplace. There are human cultures of empathy and creativity popping up all over the corporate landscape. This is where you gut asks you,”So, how does this work in a world of efficiency and constant growth?”

Question everything. In the article “Old Man’s Advice to Youth: Never Lose A Holy Curiosity” in Life Magazine in 1955, Albert Einstein wrote: The important thing is not to stop questioning. Curiosity has its own reason for existence. One cannot help but be in awe when he contemplates the mysteries of eternity, of life, of the marvelous structure of reality. It is enough if one tries merely to comprehend a little of this mystery each day.

You can learn a lot from the intelligence of nature, which if we were truly responsible, we would be in tune with. You cannot plant a seed in the earth and expect to eat its delicious fruit in the next quarter. There are natural processes that no amount of automation can speed up. No matter how much organizations try to squeeze out more empathy, creativity, and productivity from their workers, the results of increased burnout, depression, and suicide are staring us in the eyes. It is ironic that those predicting the future of work today are telling us that the skills of the future are “soft.” Can you hear your gut laughing that what being human is all about has been categorized as the most important skills of the future, which are “soft”? Some of the most important skills are curiosity, imagination, and the ability to create more responsibly as humanity depends on it.

So what can you do? Please do not fall into the trap of blame and think this is someone else’s problem to solve. You have the chance to adopt the mindset of an opportunity maker, who looks at a problem and also sees the opportunity. Imagine what is possible. Ask questions. Have open conversations with people who want to create instead of dispensing and applying Band-aid solutions to decaying systems. It’s time to understand that we need to shift to creating healthy systems and organization, not through more mantras, but by rolling up our sleeves and making healthy choices. Change will not come from the top. How long are you willing to wait before taking action?

Are you following or leading with an opportunity mindset? The people and organizations that are reinventing themselves are the ones that are moving to the edges. Trust is at the foundation. They know how to create streamlined and integrated two-way communication internally and externally. They value dialogue and understand that people are at the center of everything. The currency is trust, which leads to strong partnerships and communities. Conscious leaders facilitate conversations where ideas flow openly, without worrying about internal or external silos. People are simply connecting and having conversations to drive shared purpose, using whatever platforms best connect people in meaningful ways. We’ve experienced too many organizations introducing technology platforms while totally ignoring the people who would benefit from connecting with each other. We need to focus on the people and integrate technology into how people work and live, rather than leading with the technology. We have to remember that the human imagination is not a soft skill but the fabric of our ability to create responsibly.

That is what is so exciting about being here today: our ability to find the right people at the right time to partner with us in new ways. To truly understand the power of connections and communities, you need to start with what you want to create in your organization — your true responsibility — and only then find the technology or platform that will connect people around it. The technology won’t teach you how to create two-way conversations; you need to start with the human element of building communities, asking what is the value of connecting person-to-person with purpose.

Let your conscience, inner voice, and intuition guide you. You can allow yourself to dedicate time and energy to drop the mechanical habits you have learned so that you can tap into your creativity and your own genius. Ask yourself “What is blocking me from letting my creativity and genius flow, and what can I do to unleash it?”

Please ask questions and challenge current practices that no longer serve you on your path. Our systems are starting to crack and there is opportunity for new bridges to be built to take you into a healthier world. Your opportunity is to relearn how to ask questions like a curious young child instead of blaming, judging and criticizing, which are all easy to do. You did not come to this planet to suffer. You came here to create.

You don’t need traditional goals and ambitions. You can tap into your intuition and trust the currents. Listen to what is being whispered to you and if you can’t hear it, question yourself until the pieces of the puzzle appear as a tapestry. It’s some of the hardest and most rewarding work you will ever do.

A perfect storm is brewing, and reinventing and reimagining is available to each of us. It is up to you to listen to your gut and create meaningful work. It takes doing the hard work and making tough choices, When you shut down the noise, what is your biggest opportunity? And you don’t have to do it alone.

There is always a way. The choice is yours: what is healthy or unhealthy for you?