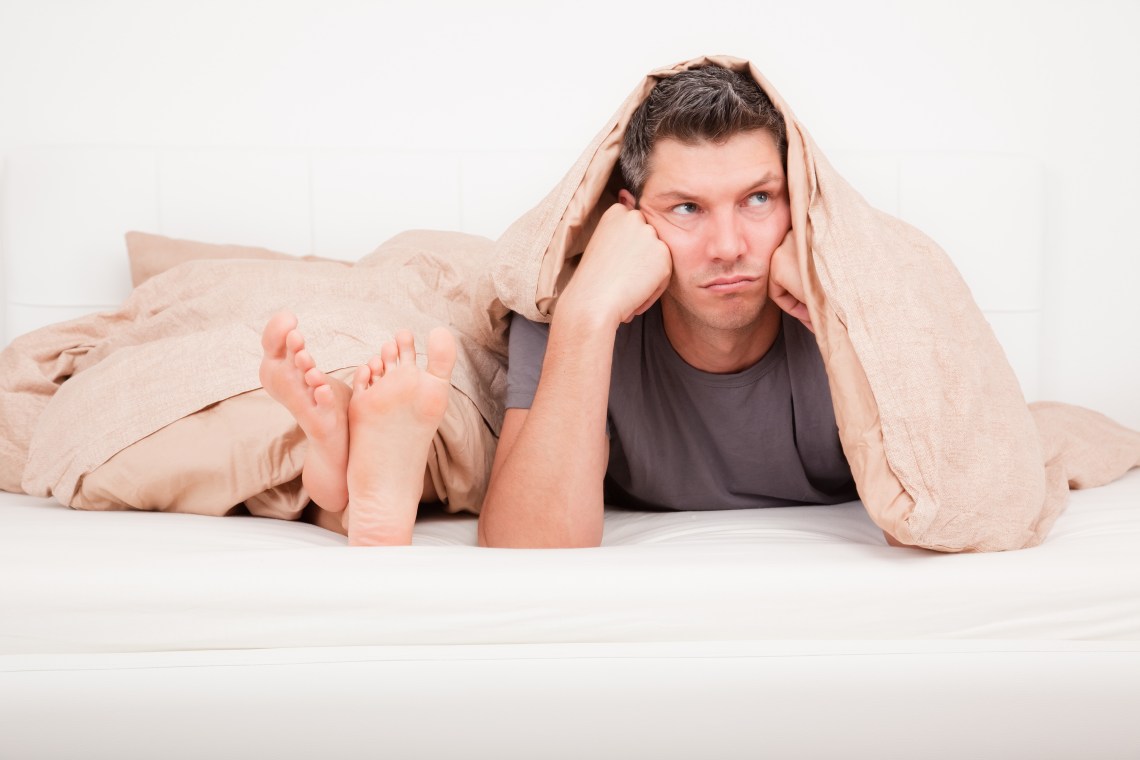 To all the guys out there that don’t understand the idea of waiting:

I am 26 years old, and I’ve had sex once. I was holding onto my virginity for dear life up until about 6 months ago. Not because I was waiting for marriage. Not because I didn’t desperately want to have sex. Because believe me, I did. I wanted to want someone so much that I couldn’t wait to get through the front door to start tearing their clothes off. Maybe I’ve just read too many romance novels, but I’ve never experienced a desire so deep that you felt that you needed that person so much that it hurts. I never had a boyfriend in high school. I never did the random hook up thing in college. I’d rather do something myself, and do it well, than take the chance of mediocrity with anyone else — no matter if it’s sex or work or making the most delicious scrambled eggs you’ve ever had in your life.

I thought maybe I’d found my chance earlier this year. He seemed so sweet and put together. He liked all my quirks that I’m usually self-conscious about. I decided to tell him the scary truth: I was a virgin. He took in stride. He didn’t make me feel like a sideshow like most people — whether it be because they couldn’t fathom that a woman my age could be so inexperienced or because they applauded me for my restraint. There were no condescending remarks from him or sudden disinterest. He just took in this new information like I was telling him my favorite movie or the names of my siblings. I was so excited. I’d never had someone I was interested in take it so positively.

We went about our night being obnoxiously adorable like any other new couple would be, kissing and laughing too loud and whispering about nothing important into each other’s ears just for the opportunity to be close. By the time we got back to his place, he was fairly drunk and very sleepy. He fell asleep in the living room, so I took it upon myself to huddle under the covers in his bed alone. He’d picked me up for the date that night so I didn’t have a car to get myself home.

I was half asleep when I felt him get into his bed. He cuddled up next to me, and my sleepy mind thought it was a nice feeling to not be alone. Next thing I know, his hands start roaming around my body. Underneath my shirt. Inside my underwear. I thought, Okay. It’s not like I’m completely inexperienced. I knew we would eventually fool around, maybe more. We can do this. I mean, I wouldn’t have told him about being a virgin if I didn’t think I would be willing to lose it with him. That’s not information I go around telling everyone I meet. So I let him go about his exploration.

He changed my mind in a matter of seconds. He didn’t seem sweet anymore. He seemed detached. He seemed vicious. It was no longer only his fingers and hands exploring. He was suddenly on top of me. Inside of me. I knew I hadn’t been ready for him. I knew it hurt more than it should have. He barely touched me other than where we were joined. He didn’t kiss me or talk to me. He didn’t ask if I was okay. He just slammed into me repeatedly looking for his release.

I just laid there thinking why can’t I say no? Where is my voice? He didn’t even feel like the same person. I could feel that nice guy roll out of him into something uncaring and selfish. On one particularly brutal thrust, I yelped. He whispered under his breath something that sounded a lot like shut up. I soundlessly repeated please finish over and over for what felt like hours until he finally was. I soon realized he hadn’t even used protection as he came all over me.

Afterwards, he rolled away from me, threw me a towel he found on the floor to clean up and fell asleep. Not one word had been spoken the entire time. He didn’t bring it up the next day either. Never once asked if I was alright. Just drove me home and left me at my door with bruised thighs and disappointment.

I was as angry at myself. I should have said no. I should have pushed him off and called someone to come pick me up. I should have done something. I still couldn’t tell you why I didn’t. I have no clue. I was shocked, and I think I blamed myself a little. But I am also angry at him. He stole something from me that night. Not my virginity, but a hope that I don’t know if I can get back. It’s very hard for me to trust others. This was true even before I met this guy. But it never stopped me from hoping that something wonderful was waiting for me. Someone was out there that would make me want to trust. He took that and stomped the shit out of it.

I know there has to be something wonderful and intimate and, maybe even, romantic about sex. I don’t think it would have the hype it does otherwise. But I haven’t experienced anything of the sort. And this guy has dwindled the belief that I’ll find it. So yeah, I’m not going to be the girl who will meet up with a guy I met on Tinder for a quick hookup. I’m not going to be a one night stand you meet at the bar and seduce over overpriced cocktails. You might actually have to put in a little time with me. But that doesn’t mean that I deserve your criticism.

Don’t judge a girl just because she won’t sleep with you yet. You don’t know what she’s been through. You don’t know how she’s dealing with it. To each their own. If a girl wants to sleep with you on the first date, she should. If she wants to wait a few weeks, that’s okay, too. Let her decision be what’s best for her. Be patient. Wait for it to be a connection instead of an invasion. It’ll work out in your favor in the end.