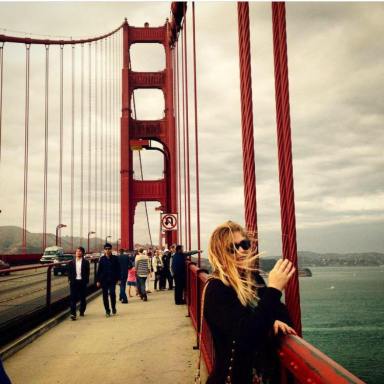 I’ve started writing this article a thousand times. Each time I’ve stopped because I’ve felt like it’s not my place or that there was someone more qualified who should speak to the issues. I’ve finally decided to put my thoughts in writing because I want to use my words to encourage others who’ve felt like it’s not their place, they’re not qualified enough, or whatever else has prevented someone from speaking out, to use their voice.

Across my social timelines, newsfeeds, and more, I’ve seen a lot of justified anger, outrage, hurt, fear, pain. I’m angry too, furious actually. I’m also weary. Like so many others, I find myself asking how many more innocent people of color have to die for America to actually wake up to the prevalent racism, bigotry, and hate that circulates across this country. At what point will it be enough for us to finally take action and demand change?

There are no words for the acts of violence that have occurred in the past few months. I can’t believe that we’ve allowed this behavior to continue for centuries. Not years, not decades, but centuries. When will we learn? When will we get tired of “sending thoughts and prayers” and actually demand a behavioral change?

Acts of hatred and violence against innocent humans have become so commonplace in America that most of us have been desensitized to the true horror and inhumanity of these actions. We’ll be angry for a day, a week, a month, and then we’ll go back to our routines until the next unspeakable horror happens.

A mass shooting happens. We flinch, send our “thoughts and prayers,” and talk about how “they were much too young” or something of the like. A woman is raped while unconscious, her very being placed under assault, and her rapist spends less time in jail than most of the country has spent in quarantine – all because “it could ruin his life.” A person of color is targeted by white supremacists, hunted down, strangled to death in broad daylight, robbed of their life – all because of the color of their skin. We cry out in outrage for a week, maybe a month, and *hopefully* the offender is prosecuted to the full degree of the law. More than often they’re acquitted with little to no punishment for their hate crimes.

This is America in 2020. Not the land of the free, definitely not the home of the brave. A country plagued by hatred and violence. A country that puts perpetrators on “paid leave of absence” rather than prosecute them to the full extent of the law. A country that has to be pressured to pursue legal action against blatant murders. A country more focused on how punishments may impact the offender’s life rather than protecting and standing by the victim. A country that would rather sweep that unpleasantness under the rug, thank you very much.

When will we be sick of the hatred, the injustice, and the violence? When will we not only demand but expect change? When will we hold lawmakers accountable for the countless inhumane deaths that have happened on their watch?

We, as Americans, are supposed to have the unalienable rights of life, liberty, and the pursuit of happiness. George Floyd was supposed to have these unalienable rights; they were unjustly taken from him by a racist hiding behind a badge. Ahmaud Arbery was entitled to these rights; vile animals unjustly stole them from him. Botham Jean had these rights; they were stripped away from him by someone trespassing in his home. The sad thing is, there are so many more names that could be added to this list. We, as a nation, have failed them. We’ve failed them by not learning from history. We’ve failed by allowing systematic racism to run rampant. Every time an offender was acquitted or received a lesser sentence, we failed them. They deserved better and we owe it to all those who have unjustly lost their lives to do better.

We can not be united until every American, regardless of their skin color, their gender, their sexuality, their religion feels safe. We can not be free until every human being is free to walk down the street without feelings of fear. We should accept no less than this and expect the people we elected to represent us to make this a reality. We, as a nation, need to do better and expect better, only then will America truly be great again.

Free-spirited. Quite good at Scrabble.

If We Want To End Oppression, We Must Understand Its Roots