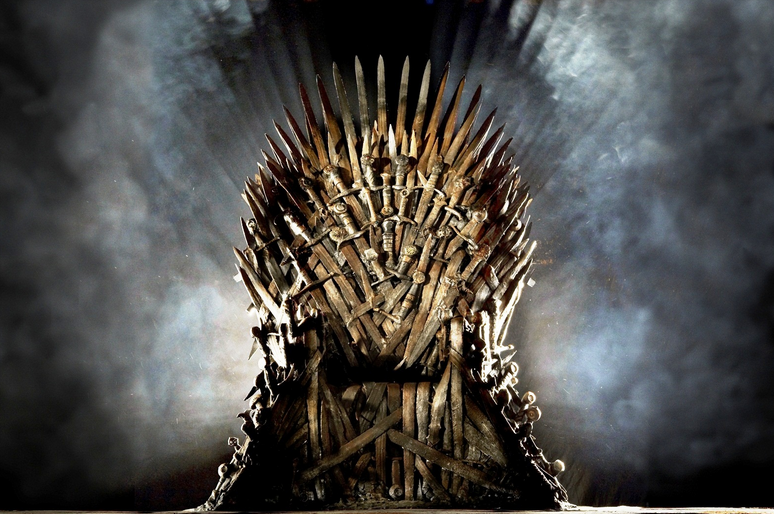 From a viewing standpoint, it couldn’t be better. This ain’t your grandpa’s NBA Finals, when two well-oiled, five-man machines would clash trying to out-efficient the other in taking more layups, when size and strength prevailed over speed and shooting, when the champion was the team that figured out a way — through ball movement, screen-setting, and rigid-ass defense — to get the ball near the hoop more times than its opponent. Remember that? Of course not. You didn’t watch. You weren’t even alive. But your grandpa probably says it’s the way basketball was meant to be played. But your grandpa is old. And old things suck.

Today’s basketball is much more fun. There’s more three point shooting, an arguably faster tempo, and occasionally one player is just so good at basketball that he wins games all by himself. Stephen Curry has been doing that all year for the Warriors, winning the NBA’s MVP Award and leading Golden State to crazy-good 67-15 regular season record and a Western Conference title. Meanwhile, LeBron James has been doing that for like ten years, making the All-Star team every year since 2005, winning the MVP Award four times, the NBA Championship twice, and the NBA Finals MVP both times he won the ‘ship.

Curry and LeBron are both basketball wizards: insanely good at shooting, scoring, pushing tempo, etc., and more than capable of winning games by themselves. But now they meet in the NBA Finals, and only one of them can prevail. Which is what makes this year’s seven-part June event all the more thrilling.

Take Curry, for instance. He’s a fighter, a soldier, a true Warrior himself. Already a champion of the people, whether he triumphs in the Finals or not. He’s the most intoxicating scorer in today’s NBA, and arguably the best shooter of all time. He most closely resembles that kid who catches fire for a stretch in a March Madness game, only it’s all the time and on the world’s premier basketball stage. Curry is an enteral underdog, doubted and overlooked at every stage of his career. He didn’t get any scholarship offers from a major-conference college. He wound up at Davidson, a liberal arts school in North Carolina, apparently. Curry is quiet. He doesn’t abuse his limelight privileges. He’s simply the little engine, silent but potent, that motors one of the NBA’s greatest offenses ever. Stephen Curry, when it comes down to it, is a basketball hero.

Heath Ledger as The Joker. He was a villain. But also super likable. You wanted to root for him, kinda. Walter White in Breaking Bad. Tony Soprano. Tyler Durden. Dexter. The Grinch. All villains! But you also couldn’t help but cheer for them a little bit. You empathized with them, even just slightly. LeBron is that way, too, to some people, maybe. Again, I really want to make this clear: I do not like villains. I will not be cheering for LeBron. But you might, because sometimes people cheer for the bad guys, as demonstrated by the top of this paragraph.

Root for Curry if you check yes to much of the following:

Do you like excitement? Jumping from your chair and pumping your first? Holding your hands on the top of your head because what you just witnessed made absolutely no sense?

Do you like selfless athletes who are team-oriented but can take over games when needed? True and noble winners? People who play the game the right way, and also come through in the clutch?

Do you enjoy sunshine, the company of friends, just generally having fun, and happiness?

Did you have a childhood where you learned things?

And root for LeBron if you check yes to more of these:

Do you like selfish athletes? People who care more about themselves than the game? People who call out teammates and disrespect their coach? People who don’t hesitate to turn their backs on friends?

Do you like drama queens? Athletes who make up injuries, flop, complain when something doesn’t go their way, and are just generally arrogant and whiny?

Do you enjoy the smell of trash, the remains of burned-down cities, general death?

Did you root for the humans in Avatar?

Do you spit in the direction of children? Park your car in the middle of intersections and go to lunch? Rip out fire hydrants and throw them at old ladies crossing the street?

Hopefully by now you have a better idea of who you’re gonna pull for. Maybe not. Maybe you checked yes to everything on both lists, maybe you didn’t check yes to anything at all. If you’re still frustrated, I get it. Trust me, I know how important it is to root for one specific team in the NBA Finals, and I know this year it’s nearly impossible to choose one (again, not for me… I like Curry and the Warriors). So if you’re still having difficulty deciding, here are some alternate suggestions:

Think back to a time early in your life when you read a story. It likely featured a protagonist and an antagonist. Did it? Yes? Cool. Now try to remember which one you empathized with. Was it the good one, who struggled through life but treated people the right way and eventually good things came to him or her, or the bad one, who was always handed everything on a silver platter and killed people and stuff?

Close your eyes for a second. Okay now open them because you need to read this. Recall a lesson you were taught by a parent or guardian or teacher or amorphous influential adult when you were a child. Was the lesson to treat people with respect or was it to be a bad person?

Okay, really to try answer this honestly. Which do you value more, like more, and strive towards more: love, or hate?

To be honest, now I’m having second thoughts. Those three examples were really tricky. I genuinely can’t remember a story I read as a kid that had both a protagonist and an antagonist, I really don’t remember the point of those lessons from my childhood, and while I always thought I valued love more than hate, I’m now having trouble remembering if that’s the way it goes or if it’s the other way around.

Just kidding. I’m having no difficulty deciding at all. I’ll be cheering for Curry. I checked yes to like all of his things, and I did not check yes to any of LeBron’s things.

But wait… If I valued hate more than love, I’d probably root for the guy who I didn’t empathize with at all, the guy whose checklist didn’t relate to me whatsoever. Okay, this is tough.

The One Thing Tiger, Lebron, And Jordan Do That Can Help You Lose Weight (It’s Not What You Think)

6 Things All Men Need To Stop Doing In Relationships