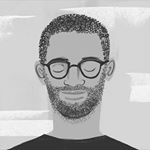 Everyone and their lovely grandmother seem to agree that adulthood is a scam. As kids, the illusion of freedom we perceive to be associated with adulthood is gone once we become adults ourselves. We’re presented with this never-ending list of responsibilities and, unfortunately, we are in it for the rest of our lives. It’s adulting from here on out

We dread the sometimes arduous (but necessary) task of ensuring we are functional adults in society, because we want everything to be easy. We whine or look for shortcuts when it proves difficult. But this is life and we’d have to simply buck up.

As a child I wanted that freedom too, and now that I have it, I realized it has proved useful in ways I didn’t expect it to. Yes, I’ve had to cater for myself and I’ve got my own fair share of responsibilities and tough days. Tough luck. But there are also things which I didn’t have as a kid that I have now as an adult, and I’m grateful for them: the freedom to think for myself, the space to mature emotionally on my own, the freedom to turn every prefabricated idea I had imbibed growing up on its head – and the chance to see things differently.

Growing up, I expected a neat, tidy explanation for everything. I’d get perplexed when things didn’t turn out the way I’d expected it to. Everything for me had to be clear-cut, black and white. But it wasn’t always like that. I couldn’t keep up with, for instance, my parents’ seemingly mercurial temperaments, the contradictory nature of most adults. I had so many unanswered questions. Indeed, I expected adults to be perfect. I only saw their behavior but was fully unaware of what was going on underneath.

And that’s what adulthood has introduced me to: the complexity of our humanness. I’ve grown to deal with cold, hard truths and new realities. And with every new realization, I’m bursting with relief. All those years that I internalized the perceived anger every adult — especially my parents — had shot my way, thinking it was as a result of something I am. Something bad. There are the beliefs and ideas that I had to take as the truth but which sat like a lump in my throat, because I wasn’t sure if I believed them. If only someone would have told me to just be a child.

Adulthood came with freedom, yes — it came with the chance to grow emotionally, which in my experience is the best (albeit difficult) part. There’s this relief of not thinking from the perspective of a child or a much younger adult.

Transitioning into adulthood hasn’t been particularly easy. I still deal with a long spells of listlessness, confusion, and the occasional urge to give up. The day-to-day, practical aspects of living can sometimes be hard to deal with, but necessary to remain a functional adult. Nevertheless, adulthood has also equipped me with a mind that, when used properly, affords me an amount of self-awareness that allows me to direct my life.

Adulthood has been a chance to reinvent myself, to rewrite the story of my life. And I simply just want to get on with it.