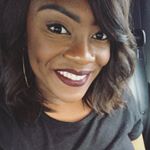 She was ready to take over the world with you. Despite knowing what she knew, she held on while waiting for the best version of yourself to show up. She had faith in you. The problem was, you didn’t have faith in yourself. You had the woman of your dreams and you didn’t know what to do with her.

Instead of embracing the one who had your back and fought for you the hardest, you chose to shove her aside for temporary flings with the skeletons of your past.

Instead of acknowledging her beauty and individual uniqueness, you chose to criticize her and remind her of her flaws. In a world where the standard of beauty is becoming more seemingly unattainable, you constantly compared her to that and cut down every string of confidence she had left.

You failed to build her up like a good partner should. You never neglected to let her know of her shortcomings and rarely made any mention of the things that she did right. You reintroduced her to a web of insecurities that she thought she had long left behind.

Instead of appreciating her authentic efforts to express love to you in the way that you best received it, you chose to call her a fraud. You couldn’t wrap your head around the fact that someone could love you so deeply without any conditions, excusing your behavior with, ‘that’s just how I was raised’

You threw away the one who went out of her way to protect you. The one who kept the craziest parts about you to herself and chose to paint a more positive narrative to those who had come to know and love you through her. So much so that when the truth finally came out, no one could believe that you were the one who crushed her.

She understood that you had scars you were trying to heal from in order to step into the image of the man you had always desired to be. The problem was, you never showed up. You wore the crown of ‘woe is me’ so proudly that you talked yourself into your father’s footsteps. You became trapped and spiraled yourself in patterns that not only became detrimental to yourself, but her.

You never gave her any matched efforts. You abused her. You accused her of all of the things that you were doing. She emptied out her soul through her tears while you chose to recreationally sleep around on her. She trusted you, but you didn’t have that same trust in return. She loved you wholeheartedly and would’ve done anything to keep you around. But you didn’t want to be kept.

She buried you away by writing through the wounds of her heart. She pursued her dreams and made them a reality. She took the same burning energy that she had for you and invested it into herself.

Instead of letting her go months after she walked, you went back. You told her that you loved her. That you felt empty without her. You said that you weren’t any good for her and that you never deserved her and you thanked her for sticking around.

You took her for granted. By then, she didn’t need your apology. She had learned to heal on her own. The night she decided that she couldn’t do it anymore was the night that she reinvented herself and buried you alongside the broken version of herself that you created.

You had the woman of your dreams and you didn’t know what to do with her.

Mental strength is my superpower