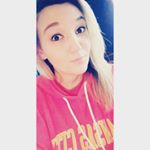 Warning: Some Spoilers For Season 8 Below

While watching GOT all I could think about is how great the ladies of the north are. They’re not perfect, they make mistakes, but they’re brave. Being brave is so much better than being perfect. It’s knowing that things won’t always go right, that life is scary as hell, but it’s looking that fear straight in the eye and doing it anyway.

Look to Lyanna Mormont. Can we just for one call her, excuse my French but, a badass? She was thrown into ruling her people after the death of her mother, who were slaughtered at the red wedding and she stood up to fight in the battle of Winterfell. When they tried to get her to go into the crypt she refused She stood her ground to fight for what she believed was right and didn’t take the easy way out to hide. Let’s also not look past the fact when an undead giant crushed her in his hand she still didn’t give up.

Sansa Stark has shown a tremendous amount of growth throughout the series. She showed bravery in her own way—she knew she wouldn’t do well in battle and instead of arguing about it she knew when she had to step aside when her trying to do something would just get in the way. Some may not see that as brave, they may see it as cowardly. She has gone through a ton of trauma but still shows compassion. She stays calm in stressful situations.

We can’t forget about Arya Stark who is the GOAT. She escaped the terror at the hands of House Lannister, she trained as a Faceless Man and let’s just acknowledge that she took out the Night King. She seems to have this hard outer shell but we catch glimpses of the fact she has a soft side. There isn’t a reason why you can’t be brave but still show feelings.

It would also be unfair to forget about the Mother of Dragons. It’s obvious that she cares for and interacts with dragons. She cares about those who are oppressed but intimidates those in high power. She stands up for herself and for others when no one else will. She knows what she wants and she won’t stop until she gets it. She also knows that she can’t do it all on her own and appointed the correct people to help her.

Bravery doesn’t always have to be a grand gesture, it doesn’t mean being perfect. Being perfect is unrealistic and these women personify bravery. They don’t give up, they don’t surrender, and when they are thrown into tricky situations they rise.

So rise like the ladies of The North. Be free and independent, always refuse to settle and be brave and fearless.

Be a lady who would rather take risks than sit back and do nothing. These are the risks that will help you continue to learn, to figure yourself out and to grow.

Do something. Be extraordinary. Be open to the challenges that life throws you, be able to admit when you can’t do something on your own, and be brave enough to try something that may have never been done before.

The ladies of The North may not have it all together, hell do any of us really? They fight through it though. So screw perfect, it’s overrated.

Hold your head up, take a deep breath and be brave, because that is something to be proud of.