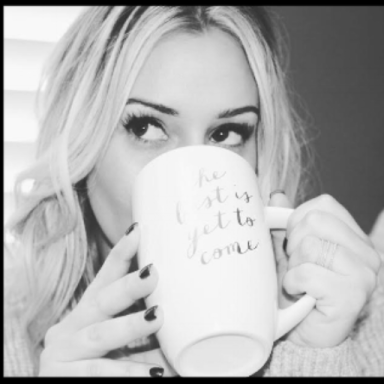 Many feel talking openly and developing a healthy relationship with your sexuality is forbidden. This may stem from your parents’ attitude towards the topic, beliefs affiliated with your religious traditions, or merely just because you are lacking expertise, as you haven’t explored your body in depth. Why is one of our most primal instincts considered to be taboo? It’s time to discover what misconceptions have conditioned us into accepting anti-climatic (no pun intended) sex.

I thought I had a healthy relationship with sex. My parents didn’t treat the act as an unspeakable topic; after all, I had two older brothers who were acting out on their raging hormones, and my parents would proudly convey that after 30 plus years of marriage, they still had a very active sex life. I never felt that I suffered from “Catholic guilt” or that if I didn’t save myself until marriage I would go to hell. I was comfortable with my body and exploring the workings of it at an early age. But looking back, I completely had it wrong. I most definitely created some belief that my “number” represented my value. Terrified to add to the list of my sexual partners, I was ridiculously selective and denied myself any opportunity to explore casual sex. I also developed a belief that sex was not for my pleasure, but solely for my partner.

I mean, I knew what an orgasm was; I had given myself plenty of them. When it came to sex with a partner, I could never have an internal orgasm, and additionally, my sexual partners up until that point quite frankly didn’t care.

This created the madness all women have succumbed to at some point: faking it. Guys, if you think it’s impossible to fake a mind blowing orgasm, just watch Meg Ryan’s award winning performance in When Harry Met Sally

Psychology Today had an article stating, “Only one-quarter of women reliably experience orgasm during intercourse—no matter how long it lasts, no matter what size the man’s penis, and no matter how the woman feels about the man or the relationship.” This statistic came from Elizabeth Lloyd, a highly educated philosopher and Harvard Press author, who collected scientific data from the past 30 years and produced a book, The Case of the Female Orgasm.

Perhaps females started faking it decades ago because it was ingrained in them they were unworthy? Or it takes just too much damn time? I know this causes pressure on both parties, so let’s just speed up the process, reach inside, and find our inner Meg Ryan, and nobody’s feelings get hurt.

I first realized this was a potential problem when I would go on my annual girls trip with my best girlfriends and our conversations would inevitably end up about penises, vaginas, and sex. All my friends were having these mind blowing orgasms. One general commonality I picked up on was these ladies were being vocal with their partners. Vocal as in telling their partner what they liked and what to did to get them off. We are terrified that if we try to coach or correct our man, it would be a huge stab to the ego, but in reality, guys like being told what works and what doesn’t!

As I started to embrace my newly single life, one thing that exponentially changed was the kind of sex I was having. In addition to my self-help books, I also started listening to relationship recovery podcasts, and miraculously I discovered Dr. Emily Morse and her captivating, real, and empowering podcast, “Sex With Emily.” One of the first episodes I heard, completely changed the game for me. “Flirty, Squirty, and Thriving” featured Dr. Nikki Goldstein. Nikki had just released a book, Single But Dating, and was discussing all the stigmas tied to being single, casual sex, and owning your sexuality. I immediately drove to the nearest book store and grabbed this book. I began to be confident with my choices, my body, and honest communication. As much as I pride myself on being an independent boss bitch, I equally enjoy exuding my femininity and being in tune with the goddess inside of me.

I certainly haven’t reach the pinnacle of crying during sex or making myself orgasm through breathing techniques, but I have learned to let go of any shame associated with my sexuality. I stopped having sex with someone solely for their pleasure and learned being vocal is okay, and it’s normal! Like many, it is still pretty damn impossible for me to have an internal orgasm, so I make sure I incorporate what works for me. Owning my sexuality is just another area of growth in living my best life.

Ashton is the author of the book "Words From The Soul" available available here.