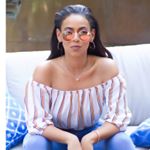 I’m a stan for the Young Queens. I live for seeing young women at the pivotal point in their lives where there’s nothing but opportunity and potential success ahead. So, imagine my delight when Jessie Reyez instagramed artwork for a “Body Count” remix that featured Jessie Reyez, Normani, AND Kehlani?! A full on Young Queen remix! I missed the original version of “Bodycount,” so I figured I was in for a WHOLE treat.

Jessie Reyez came right out the gate with these lyrics:

“You don’t gotta tell me ’bout your body count

I think you might feel some type of way.”

When I heard it, I smirked and bopped my head and shoulders, and my little feminist heart did a dance. I’ll be honest. As much as I enjoyed this song, I was not expecting an entire track of body count talk and candid sex references given to the Young Queens BY Young Queens. I feel like they may need to do a little more living before they promote sexual freedom to the world. You see, at their age, my friends and I had a rule: You must find your husband within sleeping with 10 men. Your husband had to be in that 10. If not, you were going to… melt? I don’t know what would happen, but there was this invisible, looming threat above 10 partners!

I think it was a good rule, and I feel like until age 27, you should live with that rule. However, after 30 and one to two good heartbreaks, get into this body count convo! So, for my grown Young Queens, I’m talking to you today.

In the words of Jessie Reyez, “I felt it in my whole soul” when I heard Kehlani say:

“Don’t you make me count ’em on my fingers

Gon’ be hot when I say I ran out of hands

You would be one very rich and wealthy man”

Time for a true story:

One night, my ex came home from a night out in NYC where he ran into a guy I previously dated. For whatever insecure, immature, and, at the time, likely perc’d up reason, he came home vexed. I knew better than to entertain him in this state but, of course, he sucked me into an argument by throwing around some accusation I just had to defend.

Somewhere in the argument, I remember him saying, “And this guy spoke to me, Ashley! Why did he feel okay to speak to me? You know the only thing me and that guy have in common? You!”

I wanted to say, “Well, actually, do you remember the girl you cheated on me with that does your mom’s hair? Or how about the one you kissed at Don Coqui’s in the Bronx? You also have both of them in common.” But, per usual, I kept my mouth shut.

Anyhow, somehow, some way, the conversation took a turn. As we stood in the kitchen arguing about my other ex, he walked over to the junk drawer and pulled out a piece of paper and a pen. He slammed them on the island counter and said, “Here! Write down anyone you have ever been with. I want to know everyone.”

I did my best not to engage with his erratic behavior. I knew if I entertained his list idea, I would set myself up for a lifetime of arguments and never-ending questions. By the way ladies, there’s an unwritten rule somewhere that says if a man asks how many partners you’ve had before him, the answer is always three. He wasn’t going to get more than that out of me.

But, back to my point at hand…body count. Why do some men care about a woman’s body count? It’s not like you’re going to get a girl to answer honestly, like Brittney Renner did in this not-so tasteful, not-so safe for work video that a group of men made me aware of.

Though Renner was met with backlash from slutshamers all over after delivering her list of bodies with no hesitation, I agree that body count does not matter. But, of course, my curiosity was piqued and I wanted to know why others cared so much. So, I did what I do best: I turned to a few guy friends and asked, “Do men really care? And, if so, why?”

I was actually pleased to discover that an overwhelming number of men said they did not care about a woman’s body count, nor do they feel the need to ask. I’m not sure if their indifference is representative of our age, maturity, and experience, all of which have phased out the importance of that question and the accompanying judgement and stigma. Either way, it felt good to know the majority of men don’t care.

However, y’all know I love turning to my immature, chauvinistic, male friends, because it’s just so much more fun to pick their brains. I turned to that friend for me and asked him why men, like him, place so much emphasis on the answer to that question. He rattled off a bunch of frivolous reasons why some men want to know:

Quite frankly, you can summarize them all as “The Fragile Male Ego.”

After getting both male perspectives, I couldn’t help but ask a couple of girls how they feel about body count questions.

“I can’t date anyone who wants to know my body count because if you’re asking, you’re the type of guy that’s going to have a problem with my number.”

“Do men do that still!? There’s a point in your life as a women where your sexual activity doesn’t define you!”

“Ashley, there are two types of guys who ask that question. The guy who just genuinely wants to know everything. He’s got good curiosity, and some explorative conversation will stem from it. And then there’s the guy whose ego is involved, and his judgment and toxic masculine opinion is sewn into it as well.”

Don’t you love it when a girlfriend takes the words right out of your mouth? Thanks, Brenn.

I’m with the all ladies on this. I’m always up for being the person who knows your partner inside and out but, fellas, if you’re up for asking questions, let’s talk about the things that matter such as:

Let’s be honest. Does the count matter if you have the answer to those questions? Right. I didn’t think so.

In the words of Jessie Reyez, “I felt it in my whole soul” when I heard Normani say:

“You were birthed by a woman, show some fucking respect.”

I live an incredible life based on a series of unfortunate events.