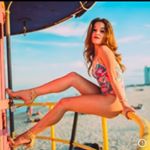 We exist in a highly productive culture but we don’t understand each other.

You’ve probably heard of the Myers-Briggs Type Indicator personality test, which was created by Katharine Briggs and daughter Isabel Myers, employing Carl Jung’s theory of psychological types to classify people based on how they perceive the world and make decisions.

But there’s another equally valuable “personality test” — one that identifies not only someone’s general traits, but also how that person is motivated and how he/she reacts to trauma and conflict: the Enneagram.

Where the MBTI is often criticized for being “too broad” — much like a horoscope, it can be melded to fit multiple facets, the Enneagram Type has been criticized as “a rabbit hole,” and endless explanation of internal drives that determine how the world is perceived. Let’s not get sucked into the Mad Hatter’s Tea Party right now; we’ll stick to the basics.

Why does any of this matter?

Communication is imperative — it’s the currency by which we humans live by (whether that’s face-to-face, reading an email/blog, or interacting through social channels).

One of the best ways to communicate effectively is to cater your communication to the person you’re communicating with… seems like common sense, right?

On a surface level, sure — but if you want to really effect change, be remembered, sell your product, and enhance your team (or company’s) culture and productivity, consider taking the time to understand the personalities — and intrinsic motivators — of each person you interact with.

We exist in a highly productive culture — but with people that don’t understand each other.

When you understand each other, you can preempt tension, resolve conflicts, and simply optimize all communication.

Here’s a list of the 9 Enneagrams: their names, their basic personality traits, and the dos and don’ts to handling each one.

Motivation: the need to be perfect

Characteristics: very principled and self-controlled. There are no grey areas — only right and wrong, black and white.

Weaknesses: critical, resentment that is held in, difficulty adapting

How to communicate effectively with a 1: be crystal clear about your expectations. Answer their unspoken question: “how can I fulfill, responsibly and reliably , the expectations of the other person?”

Once communicated, a 1 will get it done right — the first time.

How to communicate ineffectively with a 1: failure to communicate even the smallest changes in plans; you might get resistance from a 1 about changes in plans — they’ve had it figured in their head, now they’re not prepared to do it perfectly. But if you fail to notify them, they won’t be prepared — which will spell disaster when the actual change is encountered.

Motivation: the desire to be needed, loved, and appreciated

Characteristics: don’t like to talk about themselves; extremely empathetic; the most interpersonal of all the enneagrams

Weaknesses: naïve, dependent, poor self esteem if approval not received

How to communicate effectively with a 2: let them work/be around a lot of people (they’re great in positions like HR); communicate your appreciation to them whenever possible — simply by saying “I appreciate you.”

How to communicate ineffectively with a 2: any criticism will be taken very negatively, since 2s see everything through a relationship sphere — they take the criticism as a personal attack. As such, be cautious in how you frame feedback, and be sure to sandwich it between your appreciation and admiration for what they bring to the table.

Motivation: to be seen as successful and avoid failure at all cost

Characteristics: pragmatists who are very good (like 1s) at putting feelings aside

Weaknesses: impatient, competitive, vain, potential to be overworked because they can’t slow down

How to communicate effectively with a 3: incentives — including monetary rewards and public recognition

How to communicate ineffectively with a 3: by not being clear about what goals are the definition of success

Motivation: need to be perceived as special and unique to make up for what they believe is a fundamental deficiency in their abilities and/or character

How to communicate effectively with a 4: always communicating to them how much you value their unique insight, and that you see it — you don’t have to agree with it, just acknowledge it!

How to communicate ineffectively with a 4: do not ever compare a 4 to someone else — it will trigger their feelings of deficiency.

Motivation: need to know everything — not to be a know-it-all, but for use as a defense against the private belief that they’re inadequate or inept

Characteristics: extremely introverted — they like their space. Don’t try to hug a 5. 5’s will weaponize knowledge as a defense mechanism if they feel attacked, which may make them seem condescending.

How to communicate effectively with a 5: don’t pry into personal life — allow them to work remotely, and communicate via text or email.

How to communicate ineffectively with a 5: do not try to put a 5 in an open-office setting around too many people, and do not call them out in front of crowds.

Characteristics: they’re the worst-case-scenario preppers; they manage their fear with pessimism and avoidance at all costs

Weaknesses: pessimistic, doubtful (even of authority), suspicious of all motives

How to communicate effectively with a 6: honor all the questions, even if they seem tedious/small — they are simply putting their own mind at ease.

How to communicate ineffectively with a 6: do not tell a 6 to “stop being a pessimist” — 6s consider themselves realists; criticizing their viewpoint will anger them. Additionally, do not sugarcoat the truth — 6s need all the facts to feel at ease.

Weaknesses: flighty, uncommitted, self-absorbed if storytelling gets to narcissistic, gluttony

How to communicate effectively with a 7: meet them with excitement and optimism — don’t be overwhelmed if you can’t measure up; they don’t mind!

How to communicate ineffectively with a 7: don’t force a 7 into a predictable routine — they’ll underperform and go nuts. Additionally, don’t expect a 7 to perform well in management — they tend to flatten organizations and make everyone get alone, because they despise conflict (this makes them excellent for startups, garnering team support, and working on projects)

Motivation: need to assert power and control over their environment in order to mask their perceived vulnerability and weakness

Characteristics: unlike 6/7s, they’re not driven by fear, but rather by cynicism. 8s believe that the world is a place where the weak are taken advantage of, and only the strong succeed. They must be working — you’ll often have to tell an 8 to go home. Because of their cynicism, when they’re in a good place, they tend to have a killer wry sense of humor.

Strengths: powerful, dedicated, generous — high stamina (the most out of all enneagrams!)

How to communicate effectively with an 8: make limitations, deadlines, and goals very clear. 8’s don’t like to be controlled — it’s not that they want to control others, they themselves just don’t want to be in control, so either make them think that something is their own idea, or tell them to do the opposite of what you want done… so they do what you actually want.

How to communicate ineffectively with an 8: do not waffle with an 8 — they respect strong leaders. If requests made to an 8 are not strong, they will push back.

Motivation: need to keep both internal and external peace

Characteristics: they avoid conflict at all costs and have the least amount of energy out of all the enneagrams; they have a strong intuition and “gut-feeling”

Strengths: harmonious, ability to see all points of view, inclusive

Weaknesses: difficulty prioritizing, slow to process, holding back input because they don’t want to stir the waters

How to communicate effectively with an 9: establish clear priorities and give a 9 time to ruminate over something, but with a limit — they tend to stay on the fence with decisions a little too long. Additionally, resolve any conflict formally — no matter how small, and make sure to draw out what their opinions are in situations; being a peacemaker, they fail to communicate their viewpoints because they want to avoid conflict.

How to communicate ineffectively with an 9: do not put a 9 in a high-conflict environment, and do not pressure a 9 for a rapid decision (though, with ample time, it’s OK to poke them for one)

This Is How You Practice Self-Compassion