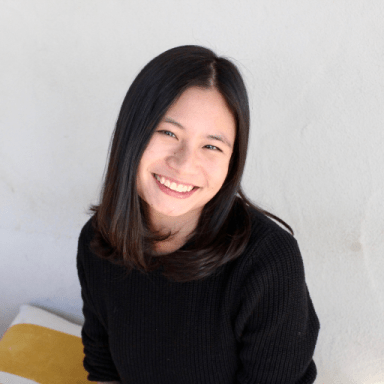 I cringe a lot over this word.

The first time I heard “closure” being used in a romantic setting was when Rachel drunk dialed Ross in Friends to tell him she was “overrrr” him. I used to think all you needed to do to get over someone was to get under someone else, but now I realize it’s not that simple.

Several years ago, I was stuck in relationship limbo with someone who wasn’t good for me. Calling it a relationship is a bit of a stretch, considering all we had were multiple encounters on dance floors, infrequent 3 a.m. texting sessions, and empty promises on and off over the course of two years. But after a disastrous official first date and a rollercoaster of emotions later, I was finally ready to call it quits.

The choice to end any sort of relationship is definitely not an easy one. You hold out hope that something will change. Maybe they’ll come to their senses and learn to treat you better. You somehow convince yourself that if anyone is ever worthy of a fifth chance, it’s this person—the one who consistently flakes out on you. You start bargaining with the universe: If they do this by this time, then I’ll know it’s right. Until finally, you resign yourself to the fact that whatever thing you had is well and truly over.

After days of ranting, ugly crying, and feeling sorry for myself, I realized it was up to me to make the tough call to tell him that I was done once and for all. There would be no more limbo. No more vigorously avoiding the topic of “what is this” and “what are we.” No more “heyyyyyy” texts when we felt lonely or using each other as a distraction from our problems.

I procrastinated hard, though. If avoiding all my problems was an Olympic sport, I’d win gold for sure. I put it off for so long that I was left with only two options: call him that night while he was in the middle of drinking with his mates or call him the next morning before my flight overseas and risk bawling my eyes out on the plane. Neither were ideal.

In the end, I chose to immediately get it over and done with. I had to eventually make the decision to stop dragging out the drama under the false hope that things might get better.

The whole conversation was tense and filled with long pauses as we both tried to avoid being the first to be vulnerable. Awkward was an understatement. I finally ended it with a resound ”I think it’s best if we don’t see each other ever again,” and secretly hoped he’d give me an explanation for why things happened the way it did. Instead, I only got a ”Yeah, cool. See you around.” Basically, the phone call equivalent of a shrug. I would never get the answers I wanted or needed. But maybe that was never the point.

I still cried on the plane.

The Chinese businessman who had the unfortunate luck of sitting next to me had no idea how to help the girl that sobbed the entire 8-hour flight.

We aren’t promised relief and satisfaction immediately after we cut off the things that aren’t good for us. You’ll still doubt whether you did the right thing. You’ll wonder if things could have worked out if you’d tried harder, were prettier, or had been enough. You’ll most likely romanticize what you used to have, even if it left you feeling empty at the time. But the next day, I woke up and felt a little lighter. And the day after that, even lighter still. Now I get to tell this story over brunch and make other people laugh.

I don’t have a formula for how to get closure, and letting go is something I’ll always struggle to do. Not everything can be resolved with an awkward phone call. Sometimes people leave you hanging. They might choose someone else and you’ll have to somehow make peace with that. People can ghost you or leave you on read and you’ll wonder what about you turns people off.

The truth is that sometimes two people, even with the best of intentions, just don’t fit. People carry around all sorts of baggage that burden their decisions. You might be on a different track for your life that not everyone can accompany you on. The color of his eyes and a crooked smile isn’t going to cover up the indisputable fact that your values just don’t match. Some are only looking to distract themselves from the problems in their own world. I vowed never to play games with other people’s hearts just to cover up my own loneliness.

Someone once told me the only closure you really need is knowing you both deserve better. They’ll sort their baggage out and find the one who makes them want to get serious. And you’ll meet the person who is intentional about the way he pursues you.

“Stay hopeful,” I told my friend that night. “You deserve better, but you have to start acting like it. Closure begins once you know your worth and make the choice to stop entertaining fantasies about people who treat you anything less than.”

Eyes forward, my love. There’s nothing back there for you anymore.