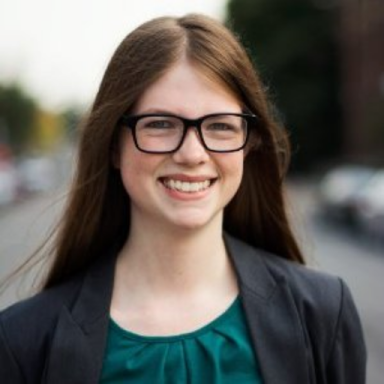 I am a queer woman, and as the news stories of Jussie Smollett’s alleged assault last month have unraveled over the past week, I have become more and more frustrated. Of course, I cannot know for certain what happened on that night in Chicago – whether the alleged attack was orchestrated by Jussie or truly a hate crime based on his race and sexuality. But regardless of the truth, the police and mainstream media, and therefore the general public, now believe with certainty that this attack was fabricated by Jussie for money and fame. This disgusts me.

This story took the validity of experiences of true violence and capitalized on them for publicity, flashy headlines, and money. The fact of the matter is almost all folks who are attacked in hate crimes don’t gain any positive benefits from the encounter – instead they face trauma, fear and pain that can reduce their ability to be happy and functional members of society. Instead, they are scarred for the rest of their life, and fear existing in public spaces.

As a queer person, I carry this weariness and fear with me. When I was sixteen years old, three strangers driving by me in a car spat gum at me through a straw, yelled at me and called me a dyke, and followed me and my girlfriend until we hid in a bookstore. We were holding hands – that is all it took for these men to feel emboldened enough to attack our safety. My girlfriend helped me wash the gum out of my hair in the bathroom of the bookstore as mothers and their children walked by us to use the toilets. I had never felt so much shame and embarrassment in my entire life. And I was lucky – I was not physically hurt and my life was not threatened. And as a white, upper-middle class person, I was confident the police would believe me and support me if I chose to report the attack (I didn’t). That experience shaped how I interact with strangers as a queer woman and how I view my identity.

Make no mistake, these types of attacks happen against queer people and communities of color every single day – especially to trans people of color. And those who are attacked often do not have the luxury of having a platform to post about their attack, the ability to have an investigation completed to get some kind of closure, or the financial means to receive proper medical care and therapy to help them cope with what was done to them. We hold these attacks in our hearts and carry it with us every time we interact with strangers, every time we hear someone yell or sneer, and every time we feel a knot in our stomach. The fear and the shame never go away. It steals the safety we once felt and replaces it with caution and pain.

Just this week, a white nationalist was arrested for planning an attack on democratic leaders in his quest to establish a “white homeland”. These types of attacks against marginalized communities should be what the media focuses on. The Jussie Smollett incident deserves no more of our attention. There are victims suffering every day who go unnoticed and are attacked simply for being gay and/or trans and/or a person of color. Those acts of violence require our attention, vigilance and concern. This is the hate our president should be outspoken about. This is the bigotry and violence that should dominate morning shows and Twitter feeds. No one should feel unsafe existing simply because of who they are.

While one person may have capitalized on media exposure and faked an incident for personal gain, that is not the norm of what hate crimes look like in this country.

Jussie Smollett: All Empire, No Character