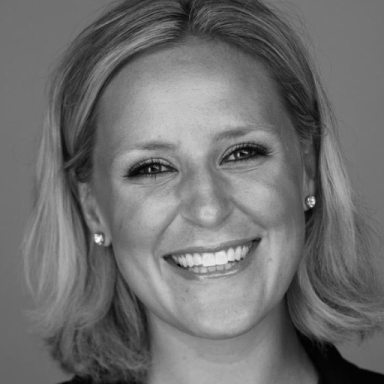 It was the summer of say yes. Yes to first dates, to wine gardens, to sundresses and hair extensions, hell, even a bit of botox. I said yes to setting myself outside my comfort zone. After three years of self-employment, I finally was pulling myself out of depression. I had a stable job,  a steady income and a future. I was 28 years old and the last of many friends to be single still. Single, so perpetually single. So I told myself… this summer, I was downloading all the dating apps and if I matched with a man and he asked me out. I’d say yes to the date. The experience left me shocked at the entitlement in our society, and also at the expectations men place on women for first dates…. here we go.

I started this social experiment off with no expectations. None. You could’ve rolled up in a dumb truck 30 minutes late and I would’ve been thinking about how great it is he came to pick me up. NO SIR. Scratch that. YOU WALK IN EXPECTING TO BE TREATED WITH RESPECT.  IF YOU DON’T GET THAT FROM THE BEGINNING… MARCH OUT AND GIVE NO SECOND CHANCES.

2. Give The Same Respect You Want And Deserve

See above. Whoever you’re on that date with is someone’s daughter, son, child. Treat them the same way your parents want you to be treated. Put that phone away. (I actually would turn my phone off once we got to a restaurant and let the dates know that I wanted to do that so I could give them my full attention).  Be present, be kind.

“Ashley, do you really see yourself waking up at 5 am and going to Crossfit with me?” Steven asked when I stormed out of his house in Belton, South Carolina. No Steven, I really don’t. But at the time, I had convinced my cookie-dough addicted self that I would LOVE to Crossfit with Steven. Embarrassingly, I had even looked up Crossfit pricing before the date because I was really fantasizing about this relationship going somewhere. It went nowhere, clearly.

CALEB. Geeze. I went on a perfect, perfect date with Caleb. I’m talking motorcycle ride out to Furman University. We held hands by the Lake and kissed in the bell tower, yet when I hoped off that bike and walked into my apartment I knew I’d never see him again. The next day, Caleb came into the DMs and honestly I would not like for my mother to read the texts I received.  I’m not proud of myself because even after that, I still tried to go out with him again.. and he ghosted me. Mistake. Mistake. Mistake.

5. Do Not Put Your Friends On Hold

My friends knew the “social experiment” I was on and got Bachelorette Updates monthly. I didn’t see my friends as often as I’d like because I was going on 3-4 dates a week and I was trying hard core to meet my future spouse. Well… 22 men later, I’m single still and my friends graciously have allowed me back into their worlds in exchange for stories of what I lived through this glorious summer of 2019.

6. Know What You Can’t Bend On

Walking into this summer, I really was open to any possibility, I just wanted to find love. That was it. But then after all these dates, I began to realize what mattered to me. And I began to speak up for myself. When I was disappointed, I told people. When I was happy, I told people. I couldn’t bend on lack of present-ness,  or lack of direction in life. I couldn’t bend on passion-less lives.

7. Know What You Can Bend On

Surprisingly, I could bend on politics. I never would’ve thought that, but I enjoyed conversations with people who vote very differently than me and actually found our conversations stimulating because they challenged me to think outside my comfort zone. I also could bend on appearance. I learned that I find most anyone attractive if they are single. Everyone has something great to offer.

8. Can They Talk About The Uncomfortable Subjects?

Man, I dated this one guy who really pushed me on some uncomfortable subjects. He wanted to know the depths of my heart and wanted to know why I had my guard up so high. He’s now in Mongolia, but I appreciated Eric and the push he gave me. He taught me that I want someone who occasionally makes me uncomfortable to discuss or try new things (as long as they balance that of course with being comfortable).

Know when to stop. Physically, mentally, whatever. Where is your guard at walking into this relationship and what mile-stones will you measure your emotional self at? Are you ok to jump in full-on physically on date one without expectations? If not… then know that about yourself. My limits were clear after 22 men. I need safety, acceptance and love before I offer anything physically. And I can’t give myself fully at the beginning, I need to temper my time with someone and balance that with my own creative endeavors so that I feel like no one is trying to steal my individuality or form me to someone of their own liking. It sounds weird, but I’ve really lost myself a few times prior to this summer and I realize now that it was because I was so desperate to be wanted, that I forgot how to feed my soul.

The more you date, the more you realize that the “butterfly” feeling you got with that one person 6 years ago can be replicated. It might take 40 first dates, but I promise you, you WILL feel butterflies again. There are billions of men and women in this world, and I know for a fact that you will find one of these human beings attractive and see potential in them for a future. So, that being said…. end it before you get in too deep if you aren’t feeling those feelings and are having second doubts. Say thank you and exit stage left. Leave them with grace and respect, even if they are mad or even if they have done something horrid. Just leave like the lady or gent you know you can be. And go out, and try again next summer with the next 22 human beings who come along.

I love to finger paint too