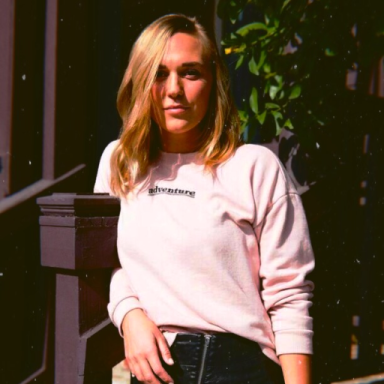 Don’t forget who you were.

The little girl who didn’t speak for months after she saw the Little Mermaid because she was convinced that the only reason she had legs was because Ursula had taken her voice.

The daughter who would yell and scream at her parents when she thought something was unfair, but would rush downstairs to her bedroom to cry right after because she felt so bad.

The chubby kid who would come home every day after school to eat a fudge bar and a Vanilla Coke.

Don’t forget where you’ve been.

The first time you saw the ocean and got crashed by a wave so hard you were sure you were going to drown.

Driving across the country at 10 years old in an old U-haul to move your whole family to small town Nebraska.

Your tiny closet of a room in Brooklyn when you were 22 years old and didn’t know a soul. You slept on a futon and ate ramen for 3 months.

The streets of Paris, late at night, trying to find your hostile but nobody around speaks English.

Don’t forget what’s been done to you.

The girls who didn’t want to play with you at recess because they didn’t like the clothes you wore, especially your black and white plaid skirt.

The first time you were kissed in a black Mitsubishi Eclipse in front of your parents’ house, listening to Wonderwall by Green Day.

The first boy who broke your heart in the middle of the streets downtown, and how you were sure you’d never get over it.

How your mom picked you up in the middle of the night just because you needed her to, even though you had snuck out your bedroom window past curfew.

Don’t forget about the time you wanted to get the freckles on your face removed. Or how hard you laughed when you broke into the hotel pool with your best friend. Or how you felt the first time you saw your dad cry.

Don’t forget who you were.

Figuring out who I am and writing openly about it.