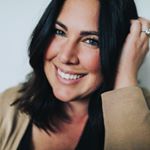 My six-year-old son called me fat the other day and it taught me something.

Here’s how it went down: We were spending a couple of days at Great Wolf Lodge when Cash found himself hungry at 11 p.m. Everything was closed, but he was crying out of pure exhaustion and because he was just not satisfied with what we had to offer in the room — some snacks and some lunch meat from sandwiches we’d made at the pool earlier.

But nothing was good enough for him. And I was beginning to lose my patience, as usual. And once again, for hopefully the last time, I offered him the turkey.

This is what he said: “No, I don’t want turkey! You just want me to eat it so I can be fat like you!”

Y’all, it hurt. But if you know kids, at this point it was not worth arguing with him. He was unruly, tired, and wouldn’t have taken in any kind of lesson that I was going to try to teach him, anyway.

So, the next day, when he was in a good mood and ready to take in what I wanted to teach, I talked to him about it. I started by saying, “Cash, you really hurt my feelings yesterday when you called me fat.”

He looked up at me with a smile, knowing it was wrong, and said, “It was funny!”

I know he knew it wasn’t funny, so I asked him if he knew what fat even meant. Without hesitation, he answered, “Yes, it means a little bit big. Kind of chunky.”

I mean, that is a pretty good descriptive definition of the word, so clearly he knew what he was saying to me. But I kept going with the conversation.

Right then and there I knew that he was only starting to notice that I looked different than someone who might be smaller than me. He didn’t necessarily think that “fat” was a bad thing at all—it just looked different. (By the way, I hate that word, and I don’t allow my kids to say it!)

This conversation had taken a turn for the better, but it made me understand that we need to do a better job at teaching our children, especially our boys, about body diversity. We need to teach them that a body is just a body.

We need to teach them that they come in all shapes and sizes — some smooth and some bumpy, some taller and some shorter, some rounder and some slimmer.

As cliche as it sounds, we need our children to know that size doesn’t matter. It’s what is inside that matters most. We need to teach our children that someone’s kind heart is what makes them a friend, not what the tag on our jeans says.

My son noticed that I look different than what is considered “normal” in this society.

We are more than a body.

And I hope someday  when my boys bring home that special someone, I hope it will be because of what is on the inside, not for what they see on the outside. And that lesson should start with me teaching them that there is no such thing as a “normal” body, they are all just different.

I’m a mom who looks different, and it’s not a bad thing.

Striving to live a life w/purpose and sharing the messy in-between.