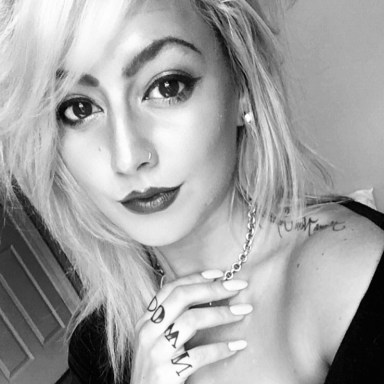 When I was two, I nearly drowned.

The memory lives in sensory flashes: the cool, chlorinated water splashing as I kicked my feet at the edge of the pool, and then silence as I stared up through the water at the sky from the bottom. The sharp pains in my lungs as I tried to breathe and couldn’t, and then my mother’s hands pulling me out. Oxygen. Relief. The sight of the water settling at my removal, unchanged by my close call. They got rid of the pool after that, but my affinity for water only grew as I got older.

I spent a lot of my early twenties on the coast of Southern California. A lot of my friends from college had moved from Chicago to Los Angeles to pursue careers in the entertainment business, and I found myself making frequent trips to visit them and to figure out if maybe I too could build a life there. In May 2014, I was on one such trip, staying in the NoHo arts district with a friend. My friend had gone off to do something or another, and I found myself without plans for the day, so I texted someone I’d met in Chicago who was, at that point, living in San Diego. It was two hours away and I thought perhaps I’d take the train to see him, but it didn’t pan out.

I’d been back in Chicago for two days when he suggested I make a separate trip to San Diego. I knew and liked Los Angeles pretty well by that point but hadn’t really spend time anywhere else in California. The adventure of a new city appealed, so I booked the trip and two weeks later was on my way to visit Kurt.

I fell in love with the city and was pretty into him, too.

So I spent a good amount of time there after that.

Life in San Diego felt like a dream. In the mornings I’d wake up and trek past the few houses between Kurt’s bungalow and the boardwalk. At the edge of the beach, I’d sit cross-legged on the concrete half-wall with a notebook and a Mexican mocha and contemplate everything: the rollerbladers on the asphalt boardwalk behind me, the harbor porpoises playing in the surf in front of me and the simple joy of existence there. Even breathing felt good. There was salt in the air and I could taste it when I inhaled.

Like most people in an ocean city, Kurt liked to be outside. He did pretty much every activity that the landscape offered and was eager to share them with me. We spent afternoons hiking up oceanside cliffs and poking around tide pools for alien-like creatures. Mostly, though, he surfed.

He tried to teach me, but I could never get it down. I didn’t understand how anyone, even someone who’d had years of practice, could master a force as great as the ocean.

He suggested I start by learning to bodysurf and demonstrated the best way to swim into the crest of a rising wave and then quickly flatten the body as to allow it to take you. I couldn’t get it right for the life of me.

Each time, I provided an excuse as to why I hadn’t gotten it right.

He always just shook his head and told me to try again.

“You’re making excuses for the wave instead of mastering your ability to just go with it.”

After awhile, it sounded like hippie garbage and I resolved that I was not built to surf. I wanted nothing more to do with it, and so I marched back up onto the sand and laid out to tan.

“This is the only way I’ll be flattening my body,” I yelled, but he had already disappeared into some unconquerable crest.

One day we were driving around when Kurt pulled off the main stretch of boulevard onto a quiet palm-tree lined residential street at the edge of the Pacific. The road curved and stretched higher above sea level until eventually the yards of the houses dropped off to form cliffs. He parked the car.

“I thought we were getting Thai,” I complained as I surveyed the landscape. Kurt ignored me as he got out of the car and removed his backpack from the trunk.

“We’ll go later,” he finally said. “Let’s do this first.” He took my hand and led me through someone’s side yard and to the edge of the cliff behind the house. I peered over the edge. The ocean roared a hundred feet below. A tiny strip of rocky beach, separated the water from the cliff.

“Yeah, we can get down there,” he said, more to himself than to me, and before I had time to process our change of plans, he’d rappelled himself down over the edge with a braided rope. When he was halfway to the bottom, he called for me to follow.

Some people are meant to teach you things, even if it means following them to the edge of the earth.

At the bottom we took off our shoes and stepped across the beach rocks to a small patch of sand, where I thought we’d settle until he decided he wanted to go back to the car. Instead, he opened his backpack and pulled out snorkeling gear.

It was nothing like surfing. There was no chaos in an attempt to dominate the water, and there were no waves to overcome. I simply drifted and looked around. I saw a manta ray. I saw a sea lion. I saw a humuhumunukunukuapua’a, a bright, tropical reef fish that I only remember because of how ridiculous it’s name is. It felt natural, like I was a participant in the moment rather than an observer of it. The ocean did the work. All I had to do was float.

When we finally got out of the water, the sun was setting and the tide was rising. Kurt said we had to hurry back up the cliff before our little private beach was underwater.

When we made it back to the car, the ocean had just about swallowed the sun. Kurt said something along the lines of: “you’re going to remember this day forever.”

Freedom isn’t something many of us can say we feel on a regular basis. Perhaps on paper it makes sense, but when it comes to matters of daily life the feeling evades us.

We feel weighted by responsibility of the things we cannot change, by our lack of fulfillment in our professional and personal lives. We think that if we could somehow change or dominate an aspect of our lives that exists outside our personal control, then we’d be free. Instead, we stay in our comfort zones as we attempt to control the external by railing against the things we don’t like. We believe that in doing so we’re getting a better grasp on them, but that never works, because true love and fulfillment with regard to anything is as liquid as the Pacific. The tighter we grasp, the more it slips through our fingers.

Tides rise. People change. But feeling true freedom isn’t apathy toward life; it’s wholehearted appreciation for what you have while you have it. It’s floating with our circumstances. It’s allowing them to happen instead of fighting to change or stay above them out of fear or the need for security.

Familiarity breeds content, and the known feels safer than the vast darkness of “out there,” but there are beautiful things at unknown depths. There are mysteries to marvel over at the bottom of the cliff where you stand.

Life moves in waves. There will be high points and low points, but it’s important to remember that water always seeks equilibrium. It is perhaps the most natural thing on earth. When the waves calm, they seek a place of rest. A wave at the edge of a cliff doesn’t stay high, just as the most joyful moments of our lives are fleeting.

That statement isn’t meant to break your heart. It’s meant to remind you to enjoy your pleasant experiences as they happen. It means to always strive to be as present as possible where we are with who we’re with while we’re here. From the standpoint of pain, it offers slight relief in remembering that this, too, shall pass.

The human heart is 73 percent water. It is resilient.
It can sink and it can swim.
But most importantly, it can float.

Ashlee Schultz believes in the power of a positive mindset. She lives in Nashville, Tennessee.

When You Don’t Know What Is Going On, Be Open To Receive What Is For Your Highest Good

Read This When You Know What You Need To Heal, But Don’t Know How

When You Don’t Know What To Do In Your Marketing, Do Anything