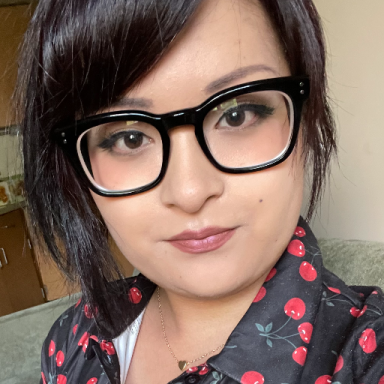 I hope I’m not the only one who fondly remembers all the fashion trends that have surfaced between 2010 and 2015. Honestly, it makes me so sad when I hear other people suggest that the early 2010s was merely a lull period filled with Uggs, infinity tattoos, and intolerable blandness. There was so much more.

All this is coming from a Zoomer (not a Millennial). I first delved into fashion when I was a sixth grader in 2013. I don’t recall a singular defining moment, but I remember going on my dad’s desktop after I completed my homework to browse Google Images, sifting through pictures of older girls in stylish outfits, which were so unlike anything that I’ve ever seen at Old Navy’s kids section where my mom and I picked out shirts with cheesy slogans and drawings of puppies. I was mesmerized by the sheer variety of clothes, hair, and makeup one could use to convey a desired atmosphere. I discovered that I particularly liked the quirkier, artsier looks posted on websites like WeHeartIt, Polyvore, and Tumblr (RIP). I haughtily proclaimed myself as #hipster (a term that has grown increasingly nebulous, since Taylor Swift sang “It feels like a perfect night to dress up like hipsters”). By the time I started high school in 2015, many of the aesthetics I coveted as a middle schooler had gone out of fashion, but even as I hopped onto one bandwagon after another, I always found myself pining for older trends.

I’m 20 now, kinda stressed but ferociously hopeful, and one step closer to living my dream as a writer. I’m sure as hell glad that I’m not a kid anymore, but there’s something wonderfully exhilarating about dressing up as the cool girl my middle school self would’ve been OBSESSED with. Though I now lean towards darker hues and less revealing cuts, I continue to derive inspiration from the formative years. Maybe it’s because it reminds me of how far I’ve come; maybe it’s not that friggin’ deep.

As I speak now, the Y2K comeback is in full bloom, and if that means that 2010s the next, I’ll be the coolest person. Until then (or never), I’m a-okay with being uncool. I’ve always railed against the idea that there is one “right” way to be, and come to think of it, that applies to fashion, too. I’ve realized that I don’t have to follow every single trend in order to look good, and my ability to keep up with the fast-paced, round-the-clock trend cycle is not an indication of my worldview (I’ve heard people say “vintage style, not vintage values,” and I think that hits the nail on its head). Let’s be real: being on the constant lookout for the Next Big Thing can make us lose sight of what truly matters, and many businesses have taken advantage of that to get away with some pretty fucked up stuff. That’s why I’m no longer ashamed to let my cheug flag fly.

I’ll stop rambling now. Here are some of the early 2010s that I won’t leave behind just yet:

These moderately thin, high-arched eyebrows marked the transition between the regrettably overplucked, pencil-thin brows of the 2000s and the thick, blended Instagram brows of the late 2010’s. This look has become a fixture in my beauty routine. I’m a sucker for simple but edgy makeup looks, and this is a surefire way to add definition to my face.

People used to rock shorts during the colder months by wearing tights underneath, and I don’t think that was such a bad idea. I think thorts (I just made that word up!) are, like, the miniskirt’s long forgotten, punk rock sister. They’re fun, super-casual, and unapologetically curve-flattering, and I don’t care what the critics have to say: I feel so fierce in them.

If you scroll far down enough on the Instagram of any Millennial female pop star, you’ll probably find a selfie from 2013 with her wearing a fuschia, coral, or orange lipstick (though, chances are, the dramatic X-pro II filter will prevent you from telling the exact shade). Today, these vibrant shades have gone out of style in favor of sheer, nude hues, but I patently prefer the former. I have tiny lips, and these fun colors make my lips POP like it’s nobody’s business.

My eyesight is not great, so I have tried on many, many different glasses, but nothing makes me feel as powerful as a pair of black horn-rimmed glasses. They make me look so awake!

In my opinion, geometric patterns are the early 2010s forgotten gems. As much as I love florals, stripes, and polka dots, there’s something distinctively awesome about the triangles, arrows, and lines.

Gritty yet luxurious, these blunt studs with a rectangular base embody contradiction, which is why I like them. These days, it’s hard to come across items with pyramid studs, but I think they’re splendid for spicing up a conservative outfit.

This color was everywhere when I was in sixth grade. Even with its association with, well, all the inane drama that comes with that territory, I still find mint green to be a soothing color. I recently purchased an iPhone 12 mini in this color, which makes me wonder if a comeback is on the horizon.

Everything I Learned About Fashion And Beauty From French Women

8 Little Ways To Get Your Beauty Routine Ready For Spring