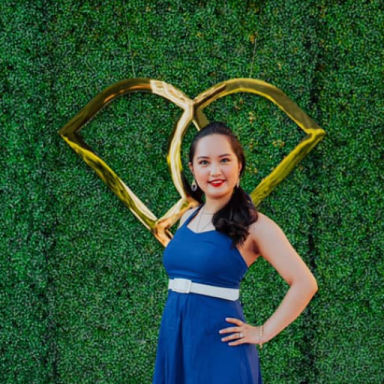 Feeling anxious is normal. We’ve all dealt with it at least once. It’s those butterflies in your stomach when you’re about to give a presentation, or that case of nerves right before a big test. But anxiety? Let me tell you this: it’s a whole different beast. We are always our worst critics, but even more so when you have anxiety. Having anxiety means feeling anxious about nothing and everything to the point where dealing with everyday situations. It’s avoiding situations that could possibly embarrass or humiliate you, even if it’s just something like hanging out with your friends. Anxiety controls your thoughts in a way that makes you feel dumb and foolish, and these are the things that anxiety tells me I’m stupid for feeling.

That People Actually Care About What I Have to Say

Many people think I’m a quiet person right off the bat, and that’s true. I don’t speak often the first few times I’m with a new group of people, but there’s more to it than simply being shy. There are things I want to say, but anxiety tells me I’m stupid for even being part of the conversation in the first place. It tells me that I’m insignificant, that whatever is on my mind is obvious and dumb to even bring up. By the time I finish fighting with the voices in my head and muster up the courage to speak up, the topic has long passed to the point where it really would be weird to bring it into the conversation. Even when you fight your anxiety and win, you don’t actually win.

I’m not talking about something like being right on a test. One of the internal arguments I perpetually have with myself is that I’m right. No matter how many times I think things through, there’s that looming feeling that I’m wrong and things will turn into a catastrophic mess. I should know what’s right for me because I know myself best, but anxiety will tell me that I’m stupid and wrong. Because of that, I tend to play it safe and rarely take a risk. The problem with that is you’re not really living if you’re simply existing.

One of the things I don’t think many people who are fortunate enough to not fall victim to mental illness is questioning things that are basically human rights, like taking up space. It’s one thing to be worried about being somewhere that is closed off to the public, but it’s another to wonder if you should even be around somewhere you are invited. This could be a party, a friend’s place, or even your own home. Because anxiety makes you question your worth, you tend to question whether you should even be around. It’s a struggle.

That People Actually Want Me Around

People with anxiety constantly struggle with this. We’re so worried about being an inconvenience to someone that we can’t fully enjoy being in other people’s company. “Are they bored? Am I keeping them entertained? Do they see hanging out with me as a chore?” These are just some of the thoughts that keep me from being fully present in the moment.

Just when you think things are going well in life, anxiety comes around to remind you that it’s there and will tell you otherwise. It will tell you that anything you achieved is a fluke, that you accomplished something simply because of luck. Anxiety wants to take anything that makes you happy and make you feel stupid for feeling that way.

Thinking That I Matter

This is probably the biggest struggle of all: thinking that I matter. In a way, this is the underlying concept of everything anxiety tries to keep me from. I don’t speak because I don’t think what I say matters. I don’t want to take up space or be a bother because I’m not sure that I matter. Making you think you don’t matter is anxiety’s secret weapon, and it works.

When anxiety rears its ugly head, it wants to make me feel stupid, and when it happens, I have to remind myself I’m not alone. If you are fighting anxiety, know that you aren’t alone either. There are others out there who are fighting the same battle with you. There are people who 100% believe that you deserve to take up space and that your voice matters. Despite what anxiety wants you to believe, you are loved. Remember that when anxiety tries to tell you that you are stupid for simply feeling.