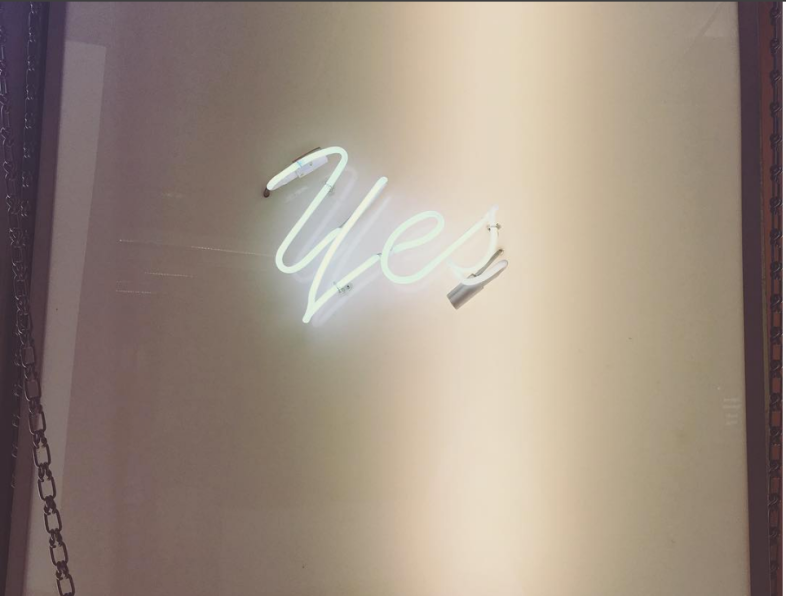 Yes, you read that correctly. I fear both failure AND success. It’s a fun cocktail! Makes me a hoot at social gatherings.

Sure, we could dive into it and psychoanalyze my neurotic lil’ brain. Find the combination of self-loathing and self-obsession and track its origin. You want to be my armchair psychologist? Honey, I welcome it! Email me. Real therapy is too expensive anyway.

I have always been a little terrified at my luck. And that’s so gross to say. Obnoxious, really.

It’s gross because I have good luck. I mean, exclude some of the health stuff and the dad who died and the irrational fears. On the whole, luck has been on my side.

I put in 50% and receive back 150%. I never think I deserve what I get back. But maybe that’s the self-loathing talking.

When I was 9, I entered a county-wide writing contest open to 3rd-5th graders. I won.

When I was 11, I entered a writing contest sponsored by Ayelet Waldman. It was for adults writing mystery. I was in sixth grade. I was one of the three winners.

When I was 15, I really liked watching American Idol. They took caller questions on certain nights, so I called and left a few messages. My mom laughed every time I did it. So silly. A week later, a producer at American Idol called to schedule the day I’d ask Simon Cowell a question. I went live on Thursday.

When I was 18, I competed in a state pageant. I didn’t prepare. Not really. I was clumsy on stage. I was goofy and more concerned with making the girls backstage laugh. My hair was sweaty and clung to my forehead. The finale came and, somehow, I won the whole thing. My friend had spent months and months and months working so hard for it. The perfect wardrobe. The perfect walk. She was my runner-up. I didn’t even want it as badly as she did. But there I was, receiving a crown and banner in front of hundreds. I hugged her and felt plagued with guilt.

When I was 19, I sent in photos and very bare resume to a major talent agency in San Francisco. I never did theater. Not a single play. No acting classes. I was called, auditioned, and signed on the spot. What did I do to deserve it? Nothing.

When I was 20, I was accepted to UCLA’s prestigious film school, one that, at the time, had a 2.5% acceptance rate for transfer students. I was smart. I got As in school. My creative submissions were good. But why me? What was it about me? I knew there had to be so many others, others with good grades and brilliant minds and passion that were rejected. Despite how thrilled I was, how honored I was, the guilt found me again.

I have received chances and opportunities over and over and over again. They are not always things I fought for. Some I worked towards. Some I just hoped for.

When things fall into your lap, shame does too.

And then, The Twins pop up. Good old Fear Of Failure and Fear Of Success.

Because if you fail after getting so many chances, it’ll be sad. Right? It’ll be embarrassing. It’ll be a total waste.

Because if you succeed after getting so many chances that others didn’t, do you even deserve it? Do you understand the severity? That here you don’t believe in a higher power but clearly something keeps rewarding you?

I hope I break it one day.

I hope I stop punishing myself.