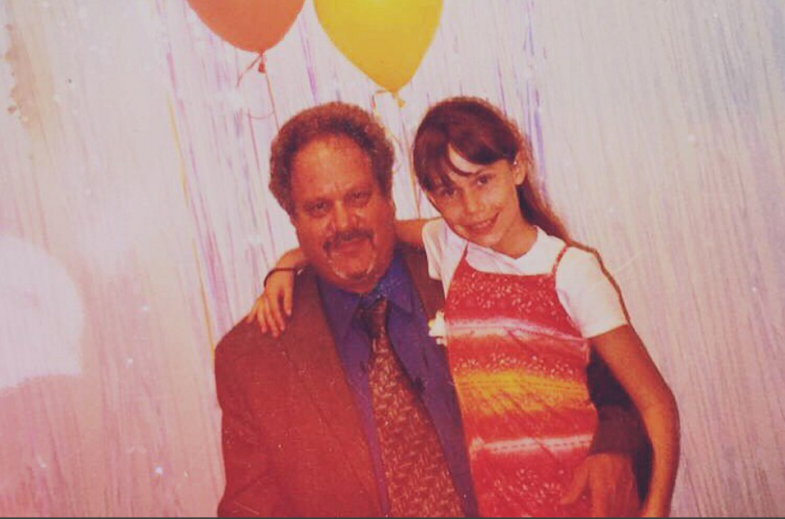 I’m six and Dad takes me to Synagogue. This is a rare occurrence for us. Our Judaism is rooted in culture, not religion. Besides, Dad eats bacon most mornings. But today we are here and Dad has on his yarmulke. Stomachs grumbling, we leave the service halfway through (like the rebel jews we are). There’s a dive bar near the parking lot and I see two men who look like descendants of the Marlboro Man slumped outside. One removes his cigarette long enough to yell, “FUCKING KIKE!” as we walk by. Dad does not remove his yarmulke.

I’m twelve and the black-haired boy sitting next to me is telling bad jokes. He turns to me with a huge grin. “What is the difference between a Jew and a pizza?” I say nothing. “The pizza does not scream when it gets put in the oven.”

I’m fourteen and working on a group project with two boys. Relatively nice boys. Not known bullies. Not creepy. Just two nice boys. A girl with a prominent nose walks by and they both lower their voices to a whisper. “She’s got to be Jewish, right?” One laughs. My face turns hot. I ask if I look Jewish, because I am. One of them gulps. Says no. Says, you’re too pretty to be Jewish.

I’m twenty-two and working my first full-time job as a staff writer. I write about sex and love and grief and depression and my dad and my friends and overanalyzing text messages. It’s amazing! Fresh out of college and a steady paycheck to write about anything I want. But I know what the internet brings. Faceless trolls flock to the comment section. I see it again and again. Dirty jew. Dirty jew.

I’m twenty-four and Steve Bannon, known white supremacist and anti-semite, is the White House chief strategist. Nearly 70 threats have been made to Jewish community centers in the span of a month. More than 170 Jewish graves are vandalized in a Missouri cemetery. My dad has been dead for eight years. In some ways, I’m glad he isn’t here.

Sometimes I wear a Star of David around my neck. I remember dad and his yarmulke and those men and those boys and jokes about greed and rats and pigs and concentration camps. I do not remove my necklace.