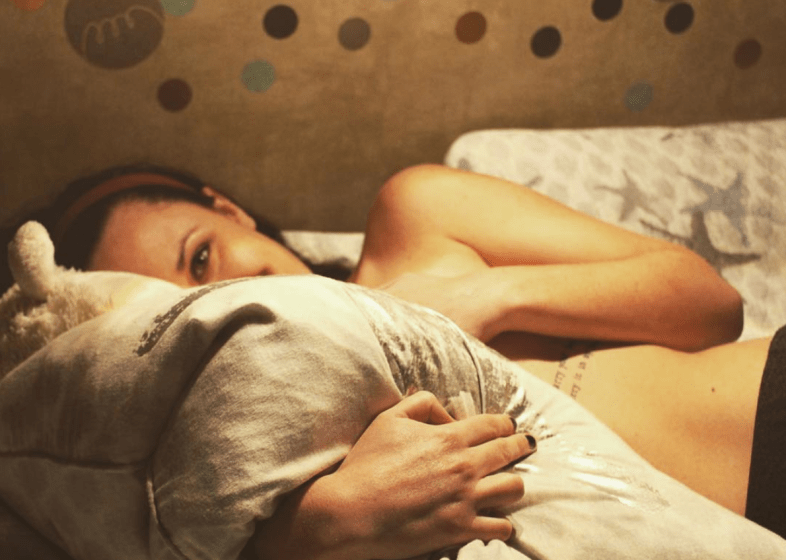 We stand a slightly awkward distance from one another at the bar. Like lovers who haven’t become lovers quite yet, we don’t know how close we can get with it still being proper. With it being kosher. We’re testing boundaries with even the smallest touches.

He places a hand on my knee and lets it linger. I don’t remove it. My smile cracks into a full moon.

I’m softly saying, yes, keep doing this. And I know he’s listening. His body is an instrument I’ve never played, but I’m secretly hoping I get a chance. Tonight. Tomorrow. One day. I’m not sure. I’ve never been good at detecting when things are off-key, but I imagine we’d sound like a full string symphony. I can hear the faintest hint of violins whenever he speaks.

He asks what I’d like to drink and without hesitation I say, “Rum and Coke.” I don’t mention the only reason this is my drink of choice is because R. Kelly says it in Ignition (Remix), and I’ve never taken the time to learn any other cocktail names.

He makes a joke about his hometown and I want to push him down on the bar counter. I have no idea what it even really is – maybe his thick blond locks, the way his eyes widen with every stupid word I say, the speed and passion with which he talks.

He is, in all senses, a stranger to me.

I’ve never been one to feel this kind of magnetism right away. I have a very short list of men I’ve kissed because attraction is not something that blossoms very easily in my life. I’m always waiting. Wanting to want. Not wanting. Aching to figure out why no one satisfies. Why I’m stuck with all this empty resting in my body.

There have been haunting moments when I’ve wondered if I’m secretly just a shell; this thing hiding my hollow bones. I wear the human disguise well, but I know the truth. A carved pumpkin, I have nothing to show for inside. Knowing they will eventually dig up my remains and expose me for what I am. A sham. A trick. Something that didn’t feel much of what she claimed.

But he is touching my knee again and the tiniest hummingbird is rattling in my chest. So humming under my breath, break it free, Darling. Take it all.

He asks if I’d like to come over and I instinctually blurt out, “But my clothes will all stay on!” Lie. Lie. Lie. We’ve already been fucking each other the whole night. We both know our bodies have been patiently waiting to get horizontal with every anecdote. Not enough liquor in my body to explain why I’m so warm when he whispers in my ear. I want you, I want you.

We sit on the couch and nervously banter. He readjusts his glasses and I stereotypically play with my hair. Kids. Kids who are trying to fool the world that they’re not still kids down deep. Mouths moving with any words we can fit inside them. Until they aren’t. Until our mouths are done talking. Until they’ve found other body parts to discover.

His tongue is a winter day in Los Angeles,

I still wonder if I can survive such heat during a storm.