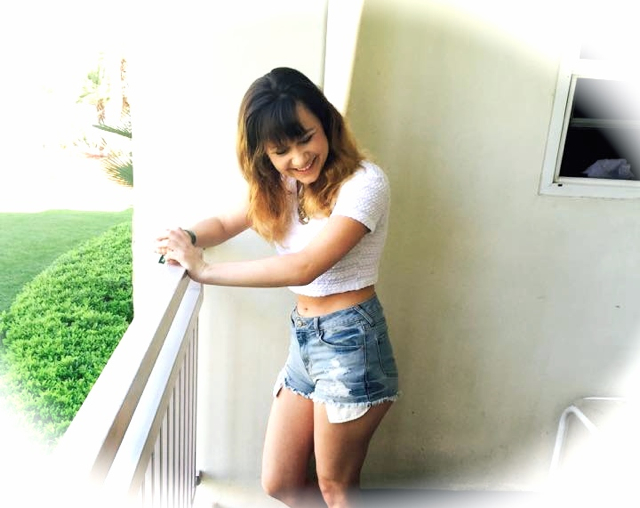 You make me really nervous. Like sweaty palms, abnormal heart palpitations, stomach pulling some Olympic gymnastic type shit, flipping on the parallel bars and giving me acid reflux. Probably the sexiest thing I could ever say, I know. But damn, you cause an actual physical reaction in me. It’s like my body isn’t equipped to deal with…you. You’re a goddamn jolt of adrenaline straight to my bloodstream.

And I’ve always been afraid of roller coasters. But now, here you are.

I thought this was going to be a poem. Or some sort of prose-essay hybrid. But my fingers are malfunctioning just thinking about your hair and smile, and now it’s all word vomit. Stream of consciousness bullshit that will elicit an immediate response from the anonymous sheep baaing in unison, “WHAT THE FUCK IS THIS??”

And it’s totally valid. I don’t know what this is. It’s my “I’m going to text you twice in a row and then wonder if that makes me an idiot” warning. Rambling. Regurgitating the same sentence over and over.

You just make me so fucking nervous.

“Oh my god, get a diary, you starry-eyed child.” I say to myself and continue typing. Forgive me, Thought Catalog readers, because this is essentially my journal entry. But I’m not exactly holding you hostage to read it either. Can you imagine? I appear at your window in the black of night, probably wearing my onesie pajamas, “READ THIS NOW OR ELSE! ALSO WANNA GET FROZEN YOGURT AFTER YOU FINISH?”

I’m hemming and hawing over insignificant details lately. “He liked my Instagram photo (!!! butterflies!!) but didn’t text me back?! (*sad emoji*) WHAT?”

And then a tsunami of personal annoyance washes over, this superficial, millennial mindset I am buying into. Like, girl, you’re going to actually let something as trivial as Instagram dictate your emotions? But something shows up in my newsfeed that I wish I hadn’t seen. And my stomach hurts again.

I get it. I do. I should go for a hike or throw my phone in the ocean or just calm the fuck down in general. But I’ve never known how to do that. Subtract the ease of technology and being constantly plugged in to everything at once, and I’d still be worrying about something.

“Overthinker” is a cute identity to slap on, something that downplays the actual hell of being neurotic. It makes it acceptable, like “boop-boop, I’m just another quirky Zooey Deschanel clone! Everything is roses and sunshine and I’m crazy, hehehe!!” But that will always just be a character. A one-dimensional character that can’t come close to touching real anxiety. Or even a real person.

An actual overthinker means there’s stuff that stays in your chest and climbs up your lungs when you’re trying to sleep. You’ve got a brain that works in overtime and reminds you of every single stupid thing you’ve said in the past 6 months. On replay. It’s like a radio you can’t shut off. And let’s be honest, nobody really enjoys the radio. It ruins songs you once loved. And that’s kind of what an overthinker brain does too.

I think about texting you again and my friend reminds me, “Remember how annoyed you were with that one dude who would NOT stop texting you? You don’t want to be that right now.”

And I nod. I agree, but mostly out of show. It’s interesting, how annoyance has this correlation to attraction. Something cute gets redefined as creepy. Or the exact same thing in a different setting is magically SOOOO sweet. I don’t know. It’s all subjective. It’s all dependent on what the other person is thinking. Is feeling.

Fuck. Yeah, I’m going to text you three times in a row and think, should I follow it up? Should I say, “I’m so sorry, I’m being the worst. I just like you and want to see you. Because I think you’re great. And I promise I’m not obsessing.”

I don’t know why it’s seen as obsessing. When someone is so wonderful that you’re just bursting to tell them. But you can’t find the right combo of words. Or maybe too many words. None of this really makes sense.

But neither does the way I feel.

So I’ll stop. I’ll hold back or at least try. Because I’ve fallen in love with ideas and potential far more often than the human beings behind them. And I don’t want to do that with you. I just want to hang out. I want to know you.

What a beautiful truth,
I just want to spend some quality time with you. Even if you make me so, so nervous.