Skip to content
Report This Article
What is the issue?
I just got back from Coachella and I was instantly reminded of what happens when I go to shows. I…don’t really see much of anything. So to all my fellow short ladies, I salute you. 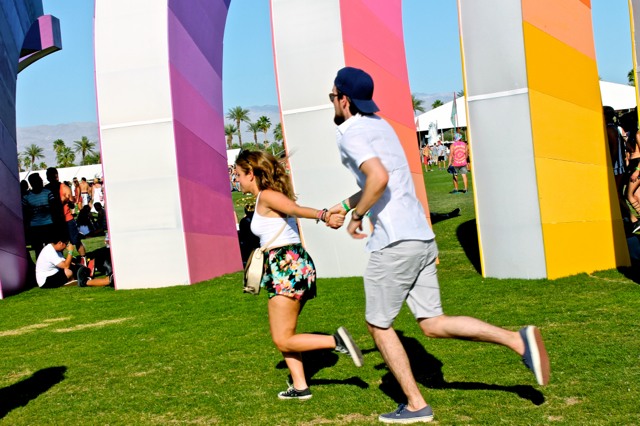 1. Unless you’ve managed a spot right in the front, you’re going to watch most of the show on the giant screens to the left and right of the stage. And if there’s nothing like that? You’ll just accept listening to the music and staring at the backs of strangers.

2. You always end up smacked in the face with purses. Or elbows. Or drinks. Or just…anything. Concerts = mysterious bruises the next day.

3. People assume you can weasel your way through the crowd because you’re small, and yeah, sometimes you can, but IT’S A LOT OF PRESSURE OKAY?! We’re short NOT MIRACLE-WORKERS!

4. You’ve fantasized about some Moses-parting-of-the-Red-Seas situation in which everyone just magically moves out of the way because they respect you’re vertically challenged. *sigh* Pipe dream.

5. Creepy dudes jump at the opportunity to say, “HEY, WANNA GO ON MY SHOULDERS SO YOU CAN SEE?” Hm. I’m okay, but appreciate the offer, sweaty-strange man I’ve never spoken to before.

6. You try to downplay your own shortness when people ask, “Can you see?” You just kind of shrug and smile, “It’s fine!!!” No. You can’t see. But you’re used to it.

8. Seriously, if you get lost nobody will ever be able to pick you out again.

9. People make jokes about having you on a leash. YOU’RE SHORT, NOT A CHILD!!! But like…maybe not a terrible idea?

10. If you’ve got tall friends, keeping up with them is a whole production. They’ve got legs twice as long that just effortlessly move fast and you’re huffing and puffing 2 miles behind like, “HOLD UP, I’M COMING!”

11. You are overly jazzed when attending shows at smaller venues. And omg, you DREAM about shows with chairs. People sitting down. A leveled playing field for viewing. Omgsh. You’re practically salivating over it right now.

12. Anyone with long hair directly in front of you is a total nightmare because you just KNOW that hair is going to land in your mouth at some point.

14. Despite the difficulties you might run into, concerts and live music are very much about an energy and vibe, and that’s something people of all sizes can enjoy. AWWWWWWWWWW

For more from Ari, like her and make her feel good!!!

5 Reasons Why Crazy Girls Do It Better