“I used to do pageants,” I clear my throat while saying this, trying to sheepishly offer an explanation after someone mentions they Googled me. They saw photos and begin prodding me for more information. I break eye contact and look down at my feet, tapping them together like I’m Dorothy. I guess I do kind of want to go home, escape this conversation. I always get nervous when the subject of pageantry comes up. I think I’m always afraid of the image it will create, or that it will immediately leave a bad taste in people’s mouths.

I interject, “I’m really not a pageant girl.” As if there is such a thing. I would assume a pageant girl is a girl who does pageants, and I did. There’s photographical evidence online, articles (I’ve written), etc. It’s the reason people ask, after saying, “well, I saw some photos…”

And before you start salivating thinking you’ve stumbled into something juicy, they aren’t exciting photos. Nothing tantalizing or layouts that would land me in gossip blogs (also nobody would put me in gossip blogs because absolutely no one cares who I am, except maybe my mom?). Nope. They are photos like this one: 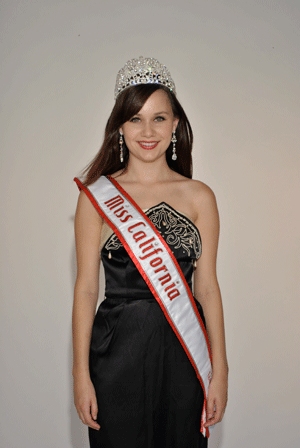 I guess I never totally felt like I fit into the pageantry world. It was something I dipped my toes in because it was scary, out of my comfort zone, and part of me thought, “Yep, that’s why I should try this.” It was so NOT me. I was shy, anxious, and had the self-esteem of Piglet. So why not just throw Piglet out on stage and see what happens? I wanted to push myself, risk this sink or swim situation. And believe it or not? I didn’t just tread water, I was doing flips in the pool.

But it still wasn’t a world I completely understood. The idea of role model kept coming up. We had contracts to sign, things about drinking, drugs, illegal activity. And at the time and my age, I understood it. I abstained from alcohol until I turned 21 and have only smoked weed twice, after graduating college. I didn’t particularly enjoy it either time.

But I was in a sexual relationship while a reigning queen, something that, had that been known, would have been frowned upon. I was 18 years old, in a loving and committed relationship, but when introducing him at competitions I was coached to refer to him as a “close family friend.”

And that’s when it started: this seed of doubt, of feeling like I was doing something I didn’t want to do, planted itself in my stomach. And little by little, it started to grow. I could feel it twisting up my insides with the more events I did, more women I met, more contracts I came across. I stayed quiet as I witnessed slut-shaming, felt sick watching this organization that claimed to build women up. I saw girls stripped of titles for nude photography. It seemed weird to me. Why were bodies something to be ashamed of? What kind of message did this send? A good role model, I would think, is someone with self-love and appreciation for who they are. None of it really made sense, but I shrugged, went along with it. I was still searching for my voice. I was still learning what I was about.

I even started to wonder if my behavior was something I should be ashamed of. I loved having sex. Correction: I love having sex. But this was something wrong. I couldn’t quite get it. I was fucking someone I loved. But in this circle, that kind of language wasn’t lady-like, not proper. The seed was growing, had my cheeks burning and wanting to shout more obscenities. Like: Fuck. This. Fuck this entire system of thinking. It’s damaging, can’t you see? This is damaging.

I didn’t want to be the poster child for good, I wanted to be real. I thought being honest would be enough.

But that wasn’t the case. It was all hush hush. It was keeping things silenced, behind closed doors. A good role model was simple: this chaste, heteronormative, God-fearing girl. That was it.

And I didn’t fit into that. And the beautiful thing I learned from pageantry? My own strength. The same strength that taught me to walk away when I realized it wasn’t the place for me. And it wasn’t a place I wanted to champion anymore. I don’t want to take away what it does for so many of my friends. I know some of the most amazing women who still compete. But I think we need to start redefining this idea of role model. We throw it on our celebrities and immediately take it back when they show a glimmer of being human. Maybe this whole good vs. bad is doing us all a disservice.

We all know that perfection is a dangerous game. It doesn’t exist, yet it’s still this fantasy we paint everywhere. I’ve felt a whole lot more me when I’ve embraced my flaws, when I’ve invited the ugly parts to stick around and stopped trying to hide them. I don’t think I’m a good role model, but I try to lead life with an open and loving heart. And I didn’t learn how to do that in pageantry. That’s something I had to teach myself.

Why Am I More Self-Conscious Than Ever After Quarantine?