Movies and television shows assured me you would peak. They told me, “Yes, yes, you love him now, but far in the future he is going to transform into someone totally unattractive and YOU will magically become Beyoncé and he will call you, begging for a chance.”

Right? That’s how it works…?

BUT INSTEAD, you are a model. And I still spill coffee on myself, usually while casually scrolling through your Instagram. You are so goddamn gorgeous, my eyeballs want to bleed because it’s like, “HOW?” How is someone so chiseled? You’re like a wolf in human form, with those hauntingly stupid, stupid blue eyes. You are so pretty. You are just so pretty and it’s unfair.

You offered to sharpen my pencil once during 5th period and my heart split in two, soared like a glorious bald eagle up my throat, and then settled in my lungs, so YEAH, I’m fine. It wasn’t like a huge, overwhelming crush or anything. It was totally under control.

Or the time you said, “I like that shirt on you,” and from that point on, I considered it my lucky shirt. Just call me easy, breezy, Cover Girl, because that’s what I was. Breezy.

I remember once when a group of girls were giggling over something the heartthrob of 7th period said, and I was just thinking about you. One of them leaned over to me and asked, “so who do you like?” (Kudos if you heard that like YG’s “Who Do You Love?”) Never been one to be good at keeping my own secrets, I spilled my guts and she made a face. “That annoying, small kid in our history class? You like him?”

And now you are a professional model. You’re pulling a Nick Jonas on the world. You were already cute!!! And now, you gotta go ahead and post shirtless photos and I’m over here drooling like a FOOL.

In 8th grade, I was madly in love with you. I think it was my first really serious crush. It lasted for a little over two years and man, I was smitten. I filled almost an entire notebook with just…you. There’s something pretty beautiful about these kind of innocent crushes. I hadn’t ever been touched by a boy, let alone kissed one, so you were just a daydream. You were a hormonal idea, something I could think about, but it was protected.

It was so pure. I had never been hurt, not romantically yet. Though when you first told my friend, “I like Ari, just not in that way,” (Cue Sam Smith soundtrack) I was so sure my heart broke. Maybe it did. Maybe there’s some validity to my feelings, even if I was young and naive, and it’s not all ridiculous.

Like the time I found out your sister was playing on the same soccer team as my best friend and I thought, “HE MIGHT GO TO THE GAMES!” And I started running around the house like the Tasmanian Devil, smacked straight into a wall, and ended up breaking my pinky toe. I was just a kid. Consumed with things like concepts of love, how fluttery I felt when you’d look at me in class, that nothing felt quite as good as making you laugh. I was out of my mind for you.

But you weren’t supposed to get hotter! And more successful! And more perfect!

You goddamn glorious creature, you.

Maybe I just like getting drunk on nostalgia, thinking about middle school and when things were hard and easy all at once. Now, things just seem a whole lot more complicated. Real life isn’t just a diary entry anymore. I miss that. I miss having a crush on a boy in my class.

And yes, this was me. 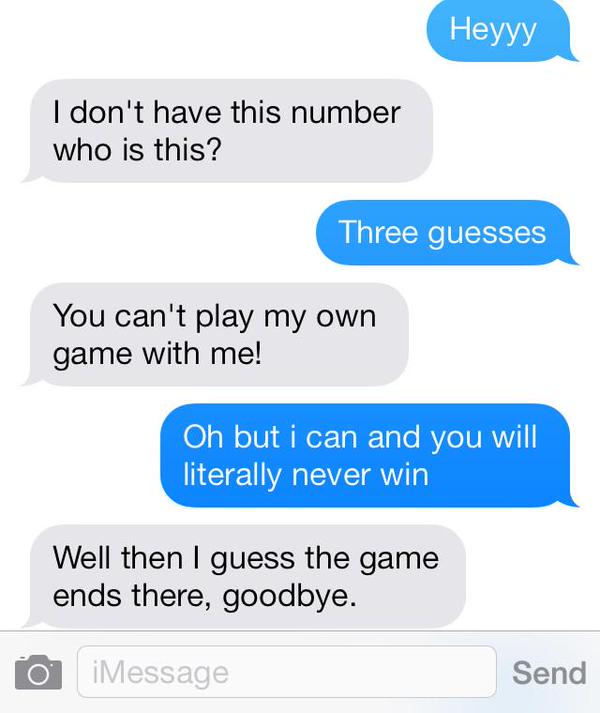 Stay beautiful, because YOU OBVIOUSLY WILL.

Read this: 17 Signs You And Your Best Friend Are Basically Chandler And Joey
Read this: 50 Questions To Ask Your Crush To See If They’re Right For You
Read this: 25 Dirty Things You Can Say To Make Anyone Want To Have Sex With You

Middle School – The Worst Time Of My Life

You’re Not The Only Awkward One: 50 Singles Reveal The Most Embarrassing Way They Chased A Crush

You’re Not The Only Awkward One: 50 Singles Reveal The Most Embarrassing Way They Chased A Crush

A Selected History Of My Unrequited Loves