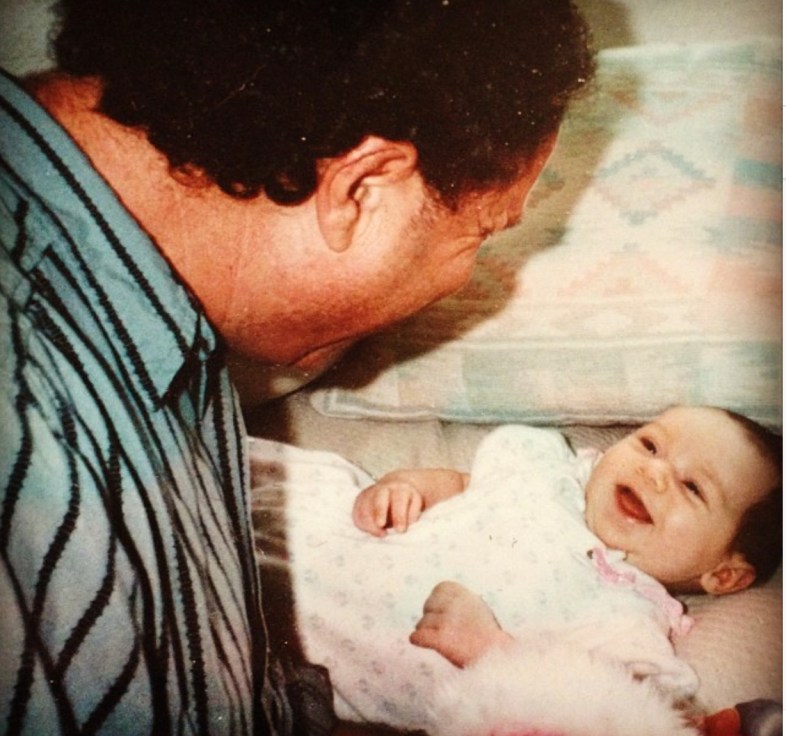 I remember the first time I felt somewhat shamed for talking about him. A friend, or something like that, told me it was becoming a little predictable. Like some reoccurring theme I needed to switch up a bit. The audience was bound to get bored. They didn’t want to constantly hear about my dead dad. It’s morbid. It’s overdone. It’s time to pick a new subject. The subtext of “move on” rang in my eardrums. “You don’t fucking get it!” I wanted to scream, but I never did. I rarely ever do.

I thought it was kind of funny, to think my writing about him was ever supposed to be entertainment. Did anyone think this was a gimmick? I wish it was. I wish it was something I could turn off and on, play the card when I needed it. But it wasn’t. It was survival. It’s always been survival.

I had finished up a poem or story, something that talked about him and this gaping hole in my soul that I’m okay knowing I will never be able to fill, and she cleared her throat. Her eyes avoided mine, and she lowered her voice an octave.

“It’s just…you write about it a lot. Him a lot. You don’t want to be pigeonholed, you know?”

Not the catchiest nickname, I’ll admit it. Ari Eastman, Adam Brody’s Wife sounded better, but I guess we weren’t talking about that, as she reminded me. We were talking about the loss of my father, my best friend, and the kindest man I’ve ever known. And I was talking about it too much.

I joke a lot in life. It’s just part of who I am. I think I feel things so deeply that I try to balance it out with some self-deprecating shit. I want to let people off the hook and make sure it’s okay. “Yeah, I drop the dead dad bomb all the time, don’t I?” I always respond. And I laugh. I laugh so people know it’s okay. And honestly, it is. It’s okay that I joke and we laugh. If I didn’t have humor, I wouldn’t have survived. I would have drowned in emptiness. I would have jumped into eternity with him. The cancer took him, and his loss would have taken me. I wouldn’t have been writing this.

Dad, you’re everything. I won’t stop writing about you. Ever.