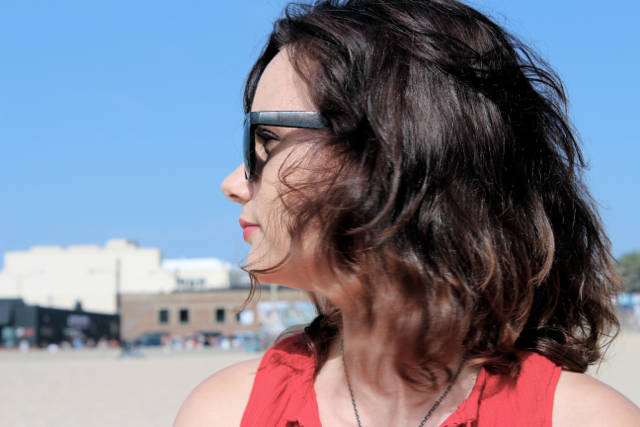 I was not always a fuck up.

In fifth grade, the only thing I loved more than Greek mythology (and naming all my pets after Gods and Goddesses) was watching the pure joy on my teacher’s face whenever I raised my hand. I was about as classic teacher’s pet as you could get, and I was perfectly fine with it. I actually liked it.

Mrs. Davis was intense and looked a bit like Jane Fonda, aging but still effortlessly beautiful. Actually, there was quite a bit of effort in her beauty, but this didn’t really dawn on me until years later when I was looking at my Yearbook and realized, no, she probably did not wake up like that. Her skin was taut, a little too taut for a woman well into her 60s and her pouty lips were Kylie Jenner perfect. But I didn’t really care. She was so beautiful to me.

I used to imagine her sitting at her kitchen table in the morning, bare-faced and reaching her manicured hands over to touch her husband, interlocking fingers. She spoke about him a few times. He did important work with robots or spaceships or numbers. I don’t know, I didn’t really pay as much attention. The less I knew of him, I felt the better. He was a reminder that Mrs. Davis had a life outside our classroom. I didn’t really like that. I wanted to be as important to her as she was to me.

She pushed us, and many students resented her as a result, but I just loved her all the more. Other classes were reading Because of Winn-Dixie, but Mrs. Davis had us analyzing the sky. Each day, we’d shuffle outside the classroom with our spiral bound notebooks and dash to our self-designated spots. I liked being by my favorite tree. She’d put a timer on and have us just write. I think it was one of the first times I had a teacher who really encouraged creativity, to look at something and try to see more than the obvious. Mrs. Davis inspired me.

In class, I had all the answers, and if I didn’t, I was eager to learn. I was that kid. I got high off extra credit and test scores, and made bold proclamations that I’d never drink alcohol, even when I was legally allowed to. I idolized Emily Dickinson, and thought about college. Ten years old, and I was consumed with education and being better than I had been the day before. I was obsessed with perfection.

Now, I am nowhere near a perfectionist. Don’t get me wrong, I think this is a good thing. I used to pick at my nailbeds until they would bleed from stress and anxiety. I was never doing enough. I had to do more. Always more. I just wasn’t enough. These days, I still have nerves and bad habits with my nails, but I let go of perfection a long time ago.

But I wonder if I let go of too much. Maybe I let myself go.

My senior year of college, I thought about that little girl I was. She would have been horrified at my own reflection. A woman who lied her way out of a test. Spouted bullshit about her relative being sick, granted this generous extension. I would try to tell elementary school me, “Listen, you are so young. You don’t get it. Everyone slips up, and I work really hard so much of the time. I needed a break today.” She’d ask why I didn’t go to class the day before? Why did I drop so many classes and then hide it from my roommates? Why was I so consumed with a boy? This boy doesn’t even care about you, what’s wrong with you? You are chasing after nothingness, she’d think.

I’d open up my laptop and show her all these documents. “Look!” I’d say. “I write all the time! I work on stuff. I’m not just actively trying to be a loser.” She’d look them over. She’d look at me with those same green eyes.

“None of these are finished. You just showed me a bunch of unfinished work.”

And she’d be right. I’d interrupt her to text him back. She might even hit the soft spot. The place she knows will cut me open and gut me for the whole world to see.

“What would Dad think about you right now?”

I was so on top of it when I was younger. I was so together. I didn’t waste my time on self-loathing. I wasn’t obsessed with wanting and needing. I just wanted to make Mrs. Davis proud. I wanted to get the highest grade and come prepared to knock it out of the park the next day.

I wonder about Mrs. Davis. I don’t even know if she is alive. Sometimes, I think about trying to contact her. Telling her I really messed up. I gave away my heart and body instead of focusing on school. I’d tell her about that internship I stopped showing up to. I’d tell her about the friendships I didn’t value, the ones I let drift because I was too afraid to let them see the depths of my depression. The times I pushed. The times I pulled. The beds I crawled into. The time I almost ended it all. The emails I sent full of lies. Lies. So many lies I’ve told, I would say.

“You still have so far to go. You just have to keep going.”

Maybe I just have to keep going.

Read this: 14 Surprising Ways Life Actually Gets Better After 25
Read this: He Tells Me I’m A Nice Girl

Read this: The Ones We Try So Hard To Love

It Ended Because It Wasn’t Our Time