Skip to content
Report This Article
What is the issue?
This story is an exclusive excerpt from Stolen.

Handsome American billionaire Mark Dexter looked down at the pretty woman draped frontways over his desk, her hands tied behind her back with his fine silk purple tie and her skirt around her waist. He continued pulling her black silk panties down to her ankles and over her feet kicking in high heels which, to his amusement, didn’t reach the floor.

“You can’t do this. You can’t just spank me like a child. Let me go now or I will scream the place down,” the woman shouted in her upper-crust English accent, doing her best to wrestle her small, curvy body off the desk onto the floor.

He pulled the panties away from her and rested his hand on the middle of her back in an effort to calm and steady her.

“I have every right to discipline you. I caught you stealing documents from my office. I am ruler of my domain, Ms. Sumner,” he said with some amusement in his tone. “And I don’t tolerate spies and thieves.”

Mark cast his black eyes over her pert pale bottom lifting off the table toward him. It reminded him of a juicy ripe peach he wanted to take a bite out of.

“I can imagine. But you could have come to me. You know that. I am going to send your husband a message. He is messing with the wrong man. I won’t let him ruin my business and steal it for himself.”

Mark nodded at the second man in the room, who was a member of his security team. He held up a smartphone to continue filming the scene with a grin, homing in on the billionaire James Sumner’s wife’s bare bottom being prepared for a firm spanking.

Mark smoothed the back of his hand against one ripe buttock, loving the feel of her skin against his hand. He’d wanted to see the woman naked and beneath him in his bed for a long time. She was married to a brute of a man he’d been forced to do business with, and Mark Dexter had dreamed of a way to get her away from him and into the security of his own arms. He hadn’t expected her to betray him like this. He still held her panties in the other hand, and as she continued to bleat, an idea struck him hard. Pulling her body up off the desk by her tied hands, he scrunched the silky material up and pushed the garment in between her lips to gag her.

Grinning at her mumbles against the makeshift gag, Mark exchanged a satisfied look with the man filming the proceedings. He placed his hand in the middle of her back once more, and standing to the side he raised his hand to deliver the first slap. Drew Sumner’s body tightened and jerked, lifting into the air with the first hard strike. Her bare bottom wobbled and shook with the force. The billionaire hit the opposite buttock, delighted when the reaction was reproduced. He then spanked the seat of her rump.

Drew whimpered, cried, and squirmed as he increased the pace of his strikes, diverting his attention momentarily to the tender backs of her thighs.

“This will teach you not to be a naughty little girl and sneak in people’s offices to steal information,” he mocked in a fatherly tone. He looked into the camera, another idea forming in his head. “Maybe next time you can come and confront me yourself instead of putting your wife at risk,” he told James Sumner in between the thwack of his hand against Drew’s buttocks. “It’s time someone taught you a lesson. If you want your wife back, return the documents and contact book you made Drew steal the last time she was here, or this video goes all over YouTube, Twitter, Facebook, and other media. Until then your wife is mine. Consider her stolen.” 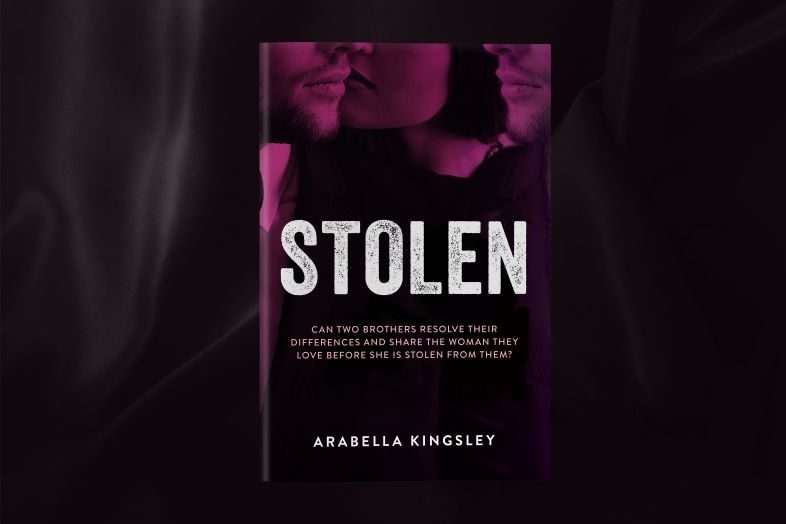 I Slept With A Married Man, And I Don’t Regret It