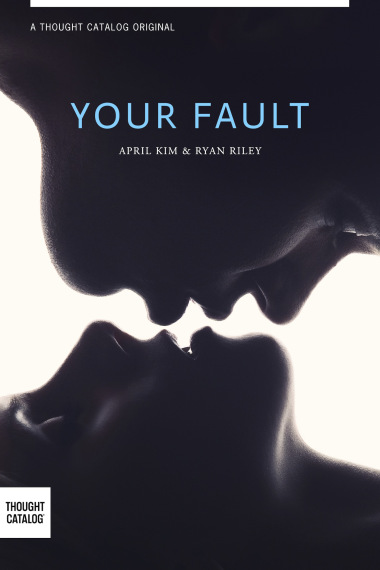 What if you could swap diaries with your ex-lover to get that closure and clarity you so desire? How would your memories and reactions sync up? Could you pin-point the demise of your love? Could you decide whose fault it was?

After meeting one night at a concert in a foreign city, April and Ryan immediately hit it off. But several months later, they found themselves fighting in taxies, in the bedroom and just about everywhere else without really understanding the cause.

To celebrate the release of this book, we’re treating you to some juicy snippets.

APRIL : He’s a good three inches taller than anyone else at this show and he has incredible hair. He is the only man here with a presence. I stare. I wouldn’t normally, but it’s the first time in months I’ve seen anyone attractive so I just keep on looking. He catches me and looks back, puzzled, as if he’s wondering if we’ve met. I look away but only for a bit. He glances at me once in a while, too. I see an acquaintance of mine from college sidle up to him and in just a few minutes, they’re standing next to me.

RYAN: She’s wearing a denim jacket with a little dress and a yellow backpack that looks like something a child might wear to kindergarten. She turns to talk to her friend. Her hair is in a bun and from this vantage point at least, she looks kind of cute. Her name is April. She’s got a gentle face, funny-looking ears and full lips. I’ve always been a sucker for nice lips. She’s shorter than she looked from the back of the room, but definitely cute. The backpack also works for her.

APRIL: We’re surrounded by a sea of couples at two-top tables and Ryan and I lean in toward each other like this isn’t our second date but our eighth. Almost to an unbelievable extent, Ryan finds me endlessly amusing and laughs at every lame joke I make. He puts me at ease and I like that he actually seems to care about what I say, unlike some other men I’ve met.

RYAN: Tonight. Tonight’s not a date. Tonight is not meant to be a date, at least. But it definitely feels like one.

APRIL: I lie next to him and turn on my Kindle, but after a few minutes of pretending to read, I finally say, “It would have been nice for you to offer to do the dishes since I cooked.”

RYAN: It’s sweet. It’s like we’re boyfriend and girlfriend without the drawbacks. Until the nagging starts.

APRIL: We hold hands on our way to brunch and the sun streams through the front window of the cab, washing everything out. We’re both uncharacteristically quiet, but the silence is comfortable and familiar. I could be stuck in traffic forever and I would be happy as long as Ryan were there with me.

RYAN: … We go to back-to-back brunches. One is that the same friend’s place we went to before. It’s nice. We don’t fight. We sit next to one another on the couch. We feel like a couple.

APRIL: Ryan texts me every so often – maybe every few weeks – and I never answer.

RYAN: I still feel bad about it, but I’ve apologized twice and reached out to talk about it. There’s not much more I can do.