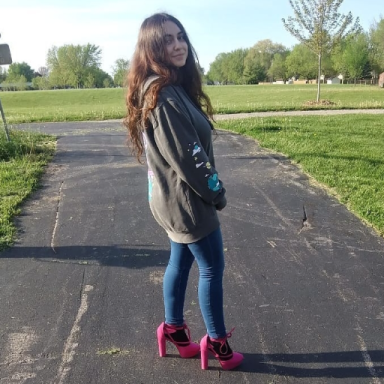 There are thousands of movies and television episodes to watch today. It has become difficult for directors to create something that not only hooks viewers in but resonates with them. USA’s Mr. Robot does just that as Rami Malek takes the wheel, Christian Slater calls shotgun, and the audience joins for the emotionally riveting ride.

Mr. Robot follows anxious hacker Elliot Alderson, who uses his skills to anonymously put away criminals when he’s not working at a cybersecurity firm. A man who goes by Mr. Robot urges Elliot to join his hacking group called F Society, which plans to take down the largest conglomerate in the world, E Corp. Elliot struggles with social anxiety and prefers to be alone, yet clings to the hope of one day changing the world for the better.

Malek offers a sharp and steady performance that never ceases to impress. He effortlessly carries all of Elliot’s burdens through his profound acting abilities and nonverbal gestures. Meanwhile, Slater smoothly jumpstarts the plot and intrigues the viewer every step of the way. The continuous action successfully levels up the intensity for the audience.

The amount of suspense poured into each season of the drama is thrilling. It continues to lead with endless questions and increasing psychological engagement along the way. Each and every angle is accounted for, and all of the shots are unlimited through stunning visuals. In addition, the character development is raw, expressed knowledgeably by fine actors. There is a certain depth within each character’s traits that whole-heartedly unites F Society at its highest potential, allowing viewers to build an attachment to the show.

The heightened standard Mr. Robot has created for its audience shows no end in sight, even as its final season airs. It has set a revolution for television with its delicate brilliance. The fourth and final season has arrived stronger than ever, as viewers expected. The writers have brought their a-game to captivate endless hearts as the journey progresses. Furthermore, the consistency of talent the show presents is admirable, considering the lengthy two-year break between the third and fourth seasons.

There is a unique spark to Mr. Robot that nobody who’s watched it can deny. In one way or another, everyone can relate to Elliot Alderson and feel for him during his conflictions. Mr. Robot proudly owns the screen in all of its glory.

The Creepiest Show You’re Not Watching (Yet) Is ‘The Outsider’

We Know Reality TV Is Fake, So Why Do We Treat It Like It’s Real?