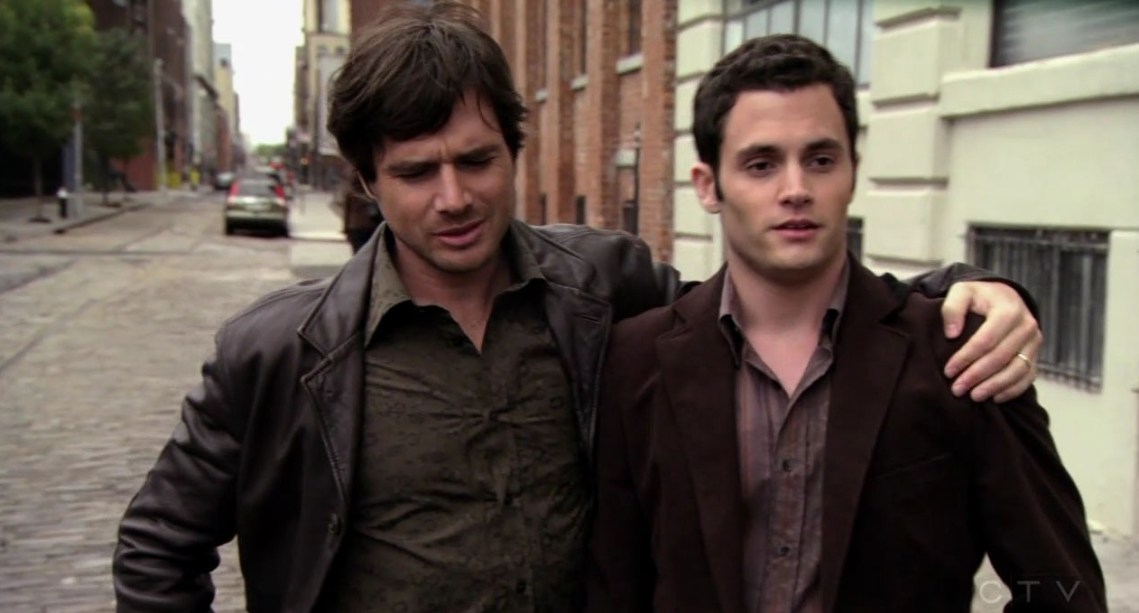 Although I was raised in Southern California, my dad made sure to implement a healthy dose of “East Coast realness” into my upbringing. My siblings and I knew that although we were all “winners,” only first-place champions deserved those glittering trophies on display after soccer tournaments. By age 8, I was aware that I should always speak my mind, even if those opinions sometimes included coarse words like “ass” and “crap,” and occasionally they rubbed people the wrong way. Having a father who hails from Staten Island meant I felt like a city girl, even though I lived in the suburbs. More than that, growing up with a dad from the East Coast taught me a number of invaluable lessons:

“You think THIS is cold?! Try living in Staten Island.” East Coast weather trumps all, and sweaters in California are for babies.

It’s cathartic to flip the bird once in a while, and it’s excusable because you learned to drive from the best. My dad is crazy-good at parallel parking and knows how to avoid potholes like a boss. So what if he took public transit growing up? His streets smarts later translated into driving like a badass.

You’ve learned that the best way to communicate is by gesturing wildly with your hands and speaking louder than everyone else. Sure, these methods might not always work to your advantage, but you get your point across. You’re also not afraid to demonstrate anger, joy, or sadness. Every emotion is larger than life, and you never miss an opportunity to tell someone how you feel about them, be it positive or negative.

Enjoying those color-coated bits of sugar on top of your ice cream, are you? They’re jimmies. Anyone who tells you otherwise is mistaken and probably deserves a smack in the head.

Hopefully you’ve learned this by now no matter where your dad’s from. If you haven’t, my dad would love to tell it to you straight: Everyone’s an idiot, everyone’s trying to get your money, and no one is to be trusted. That being said, your family is full of lovable idiots, who you should totally be willing to jump in front of a moving vehicle for (especially your mother, for Christ’s sake).

There’s a ton of people in the world, and not all of them have names that are worth remembering. Instead of trying to associate faces with all the Tylers and Jessicas of the world, you can reference anyone (no matter their gender) as “Joe Bag o’ Donuts.” But the proper pronunciation is JoeBaggaDonuts. For younger whathisfaces you can also use the term “Joey Bag o’ Donuts.”

Can’t get into the community pool? Slip the junior lifeguard a 20. Get a ‘B’ on your school paper? Chat up your teacher and highlight the reasons that you actually deserve an ‘A.’ Even if your reasons aren’t valid, your charm and swagger should do the work for you.

8. There are two options: Italian or Irish.

The loudmouths and shakers of the world are either Italian or Irish. We happen to be a large family of Irish folk, and my father’s sense of pride for our heritage is vast.  Growing up Irish in New York City meant all my dad’s friends had names like Brian, Billy, or Colin, and all of them had stout Catholic mothers who ruled with iron fists — I won’t even get started on Catholic guilt, but it’s definitely real and transcends generations.

9. Don’t deal with any bullshit.

The older I get, the more I appreciate learning this lesson early on. There’s no reason, ever, to deal with anyone’s bullshit. And when you love someone, the true strength of your bond is cemented in the fact that you want to help them wade through his/her bullshit.

Before the world was dominated by yuppies opening juice shops and sushi joints, there were diners run by hardworking members of the middle class. Diners will forever provide a sense of comfort and familiarity to all who enter their hallowed cushions, and be the perfect meeting place to nosh on fries covered in cheese and bacon.

Try eating pizza from anywhere besides New York and you’ll quickly discover that it tastes like cardboard — plain and simple. If you must eat it from somewhere else, you better fold it in half, or prepare to endure judgmental glares for the rest of time.

One of the best things my father has taught me is to cling ferociously to the good times. People come and circumstances change, but if you can remain positive and take a mental snapshot of the things in life that make you joyful, you will be infinitely blessed. I think this idea embodies the spirit of New York. There can be a crazy guy next to you on the subway yelling about Jesus and crack cocaine, but as long as you keep smiling and revel in the fact that you get to listen to Frank Sinatra on the go (and maybe move down a few seats), you’ll be just fine.

19 Things Every Post-Collegiate Runner Takes Away From Their Cross Country Career
Read this: I Accidentally Fell Asleep In The Middle Of Texting A “Nice Guy” From Tinder, This Is What I Woke Up To
Read this: 19 Things You Need To Know Before You Date A Sarcastic Girl
New York New Yorkers Parenting parents