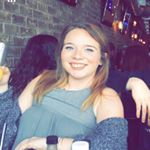 My whole adolescent life I thought I had anxiety and depression. That is what my doctors thought as well. Then, about two months ago, I was diagnosed with bipolar ll disorder. It shook me, it shook me hard.

I would have days that were absolutely amazing where I felt like I could conquer the world. Then, the next few I felt like a failure and had no push to accomplish anything.

Those good days, weeks, or months were fantastic. I would have a great social life, a lot of motivation to work out, want to eat healthily, manage my money, keep a semi-clean room, etc. I would feel like I was on top of the world.

Then, BAM I would fall. Like tripping over my feet and hitting my face on the ground hard. I would hate the thought of leaving my bed, eat everything in sight to push down all of the emotions I was feeling. I would spend money on the most ridiculous things. I would live in a pigsty of a room, and not go to class or even type one word of my paper and then lie to people that loved and cared for me about it all.  Those days absolutely sucked.

I have family members who have bipolar disorder and do not take care of it, so the only bipolar I have seen has been untreated. So, after I was diagnosed I was in shock. I was embarrassed. I was too ashamed for my friends and family to see me. I officially thought I was “crazy.”

There is such a big stigma with this particular mental illness. Many people first think that it means one second a person can be happy and then the next yelling and freaking out. I personally thought that as well, due to the family members that I know who have it. That is what they would act like.

Today, people throw around phrases like “she is soooo bipolar” or “this weather is so bipolar today.” Another phrase that I was told when I opened up to someone about having bipolar disorder was, ” omg is that genetic? I don’t want to be crazy too.” Those are the phrases that get me stuck into thinking I am crazy.

In reality, I have bipolar disorder, I am not “soooo bipolar.” Just like someone who has diabetes, they are not “soooo diabetes.” Or someone who has anxiety is not “soooo anxiety.” The list could go on and on. So when the phrase, ” You are so bipolar,” comes through my head, I have to remember that it is not who I am, it is just something a little extra I have.

Honestly, I have no idea what I’m doing on here or in life.