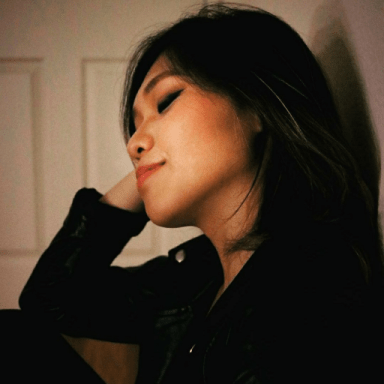 To the wrong person that came into my life at the right time, thank you.

First thing I noticed on your profile was your height. That 6 ft description was enough to get me to swipe right. I wasn’t looking for anything serious anyway.

But what do you know? We clicked. You were interesting, good at conversation, and I had fun talking to you. I was 24 and at a very weird place in my life; you were 25, eight years into your service in the army. We met on that Sunday and you instantly blew me away. I knew you were trouble, but I didn’t care. After all, it was strictly casual, right?

Maybe I made things a little too easy for you from the beginning, and that’s the one thing I regret the most. But maybe that was for the best.

We got drunk that night and you told me you had gotten out of a toxic marriage the year prior, had a kid at way too young of an age, and that you grew up with an alcoholic/drug addicted mother. I didn’t judge your crazy past because I didn’t come from anything remotely normal either. For once, I met someone who was more emotionally damaged than I was. You had more toxic traits than anyone else I had ever met, yet this excited me. Boy, was I stupid.

The days that followed were filled with good mornings and good nights, sexy and funny conversations. I couldn’t wait until our next meeting. We made plans to spend the next weekend together and I traveled down to see you the next Friday. We had fun, but maybe we spent too much time together. What was supposed to be one night together turned into two—I didn’t realize that I wasn’t worth chasing anymore after that. At the end, we were both tired, but you also got distant and eventually left me on read when I sent a risque text out of insecurity.

The silence that followed after was pretty rough. My ego took a hit and I spent days wondering where things went wrong and why I had made it so easy for you. I spent my days in all kinds of moods, some good and some bad, but in the end I was in desperate need of some ego validation. I hated you for making me feel this way. I had all this chaos in my head that I couldn’t express, and this was the first time I felt like a loser in this world of modern day dating.

And this is why I thank you. Thanks to you, I came out of this much stronger than I was before and I learned so much about myself.

To no surprise, you came back, this time expecting me to run back to you and be a 2 a.m. booty call. I remained silent.

A week passed and you hit me up again, constantly ignoring my read receipts and acting as if nothing happened. I was planning on staying silent and letting you go, but a part of me wanted to stand up for myself. I confronted you on the disrespect I felt from you, that lack of basic respect was a turn off, and that you didn’t deserve me. Many will tell other women in my position that ignoring you and moving on is the best revenge, and that may be so in some circumstances, but something was telling me that I was doing myself an injustice by remaining quiet.

You responded with a sincere apology. I appreciated that. Then you asked me for a chance for you to show me how sorry you were.

I had a weak moment and agreed to it at first, but came to my senses and realized that I couldn’t trust your intentions anymore. Maybe you were genuinely sorry and it came from a good place in your heart, but I also wasn’t going to give you another opportunity to damage me more than you already had. I won the game you tried to play, but I couldn’t help but feel as if I lost. I walked away, but the emotional chaos that followed was overwhelming.

Had I met you at a more insecure time in my life, you would’ve played me. I would’ve gone back to you because I really didn’t know any better then. But things are different now, and I am learning to prioritize myself above all else. I no longer have the energy to play games, and tolerating disrespect isn’t something that was going to work for me. I’m learning that it’s okay to set boundaries, stand up for myself, and walk away from what’s toxic, even though I don’t want to. Making the decision to cut you off was hard, but neglecting my worth would’ve been way worse. After all, I’m the one that has to live with myself.

I see it now that it was your loss and my gain. I may or may not have lost the battle, but I most certainly won the war.

Thank you for coming into my life and creating that chaos in my head. I chose myself for once, and that to me is the biggest victory I’ll carry with me for a long time.

I love dogs more than people