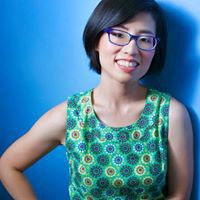 As a life coach, I often work with women who are going through difficult relationship issues, in particular, breakups. I support them to get over their ex, heal from their past, and find the strength to love again.

When I first started my practice, I thought I would be helping mostly those who were freshly out of a relationship.

To my surprise, however, I saw many clients who came to me 5, 10, or 20 years after their breakup or divorce. They were still hurting and unable to let go of their heartbreak, hurt and resentment. They still felt the sting of their humiliation and sense of betrayal.

What’s more, they beat themselves for feeling that way and they think they shouldn’t still be hurting. They feel embarrassed, especially when everyone around them keeps telling them to get over their ex. But they just can’t seem to let go.

So why are they still holding on?

You might be in the same boat, still feeling all the hot, sticky emotions, but thinking you should feel better or be over your ex by now.

Here are some of the most common reasons why you may still be hurting years after your breakup:

How many times have you heard of the saying, “Time heals it all”?

If time could truly heal it all, few of us would be walking around with childhood wounds or other traumas we had experienced a long time ago.

Of course, that’s not the case. We are constantly surrounded by wounded and traumatized people ― including ourselves at times ― who are in need of some serious healing.

The only difference is that some people hide their wounds better than others, or they put their traumas in a box somewhere deep in their psyche and never touch them again. Out of sight, out of mind.

This tactic might work for them for a short time while they deal with the initial fallout of their breakup, but it won’t work in the long term. In fact, their feelings are likely to resurface later on, resulting in unhelpful or even destructive behaviors.

For example, I’ve had many clients who tried to cope by numbing their feelings with alcohol, prescription drugs, or other addictions after their relationship broke down.

Over time, the problems that resulted from their coping strategy became even worse than the breakup itself.

This can show up in two ways: First, you avoid, dismiss, or minimize your feelings.

It’s understandable. Many of us are not taught how to deal with our feelings and we are worried that if we feel too much, we’ll end up in a heap on the floor and never be able to get up again.

I was one of those people. As an ex-lawyer, I prided myself on being independent, logical, and rational. But the truth was I was shit scared to get hurt and deal with all the messiness that comes with being in a deeply intimate relationship. It took a blindsiding breakup to break me open and to learn how not to be afraid of my feelings.

Alternatively, you obsess, exaggerate, or wallow in your feelings. You keep going back to your past relationship, replaying scenes from it, and rehashing old conversations.

Why do we do it? Well, partly it’s biology. Research has shown that rejection from a breakup can affect the body like cocaine withdrawal. We can’t help but ruminate. At least for a period of time.

And partly it’s the way we’ve been told to solve problems with our mind. We think if we try hard enough, we can think our way out of a problem. Any problem.

In this case, we think ruminating on our relationship will help us get to the root cause of our breakup, so we can finally fix it or have that closure our ex had denied us. It doesn’t work that way.

This means you get stuck in the past or eagerly rush into the future. Either way, you are not living in the present.

Again, it’s understandable. After all, you are in a lot of pain and you just want to get out of it. You look for distractions and other people to help you forget your pain, even just for a moment.

So instead of moving on, you keep in contact with your ex, hoping to get some reassurance from them that they still care for you and the relationship, and that you are still lovable.

No Filling the Void

Or you rush into the dating scene to find a better replacement, or to prove to yourself that you’re still desirable. However, as you’ll quickly discover after the initial heady excitement fades, you are back to where you started — probably with a slightly bigger gaping hole in your heart. It doesn’t fill the void like you’ve hoped.

Instead of helping them get over their ex, their rebound relationship— and its usual quick demise — actually did more harm than good to their self-esteem and healing.

4. Letting Your Breakup Define You

We’ve all been conditioned since we were children by fairy tales and the popular culture to believe that relationships are supposed to last. We are told to find “the one” and then be with them happily ever after. This is especially true for girls and women.

Unfortunately, things are a little different in reality. Not only are we likely to have more than one beloved in our lifetime, we are also likely to not spend a lifetime with them. But our childhood conditioning hasn’t quite caught up with reality.

So, our inner critic goes into overdrive, and we think our breakup was a failure and somehow it meant that we are a failure, too ― not enough, unlovable, and all too broken.

Falling into the Trap

I fell into the same trap after my relationship with my ex ended with his betrayal. The breakup took so much out of me and my self-confidence plummeted; I doubted everything, from my own value as a woman to my ability to think and make decisions. I lost my trust in people, especially men.

What’s more, I thought that I had screwed up and now I was broken. So rather than finding love and passion again with an amazing man, going forward, I could only settle for a lukewarm relationship with a “nice” guy.

It wasn’t until I was willing to dig deep and look at the all the “stuff” that came up — my fear of being alone, of being not good enough, and my pattern of placing the source of my happiness outside of myself — that I got the chance to finally clean them up and really heal.

5. Surrounding Yourself with Naysayers

First of all, hanging out with your single, divorced pals may not always be helpful.

It’s no denying that we need the support and encouragement from people who’ve gone through what we are going through. However, we all know how some people remain extremely negative about their experiences.

Instead of lifting you up, they end up pulling you down with their negativity and cynicism.

Even if they aren’t outright negative, many people confuse sympathy with empathy. When someone feels sorry for you, they’re imagining how awful they’d feel if the same thing were to happen to them. So, they’re bringing their own judgment to the situation or even to you.

On the other hand, empathy is about presence without judgment. They trust and support you to get back on your feet in your own way (and on your own timeline).

Most people are lousy at offering real empathy. Your wounds remind them of their own. To avoid their own discomfort, they want you to get over your pain as quickly as possible, by giving you unsolicited advice or useless platitudes. Or worse, by shaming you.

I remember when I was going through my breakup from my cheating ex, I turned to my brother for support. But instead of being empathetic, he told me to stop wallowing in my “First-World problem” and get on with my life!

6. Not Forgiving Your Ex

“To forgive is to set a prisoner free and discover that the prisoner was you.” — Louise B. Smedes

Last, but definitely not least, is that you haven’t forgiven your ex. This is probably the most important reason why you’re still hurting.

Forgiveness is hard. But it’s also essential if you want to let go of your past and finally find peace within yourself. Forgiveness is for you, not your ex.

Also, perhaps you’ve been seeking justice, not peace. After all, they’ve hurt you so badly and they need to pay for what they did. I know, I’ve been there. But, as the question goes, “Would you rather be right or be happy?” Sometimes you can’t have both.

Apart from losing your peace of mind, the problem with not forgiving your ex is that you may end up making your subsequent partner(s) pay for the sins of your ex.

Instead of starting with a clean slate each time, I’ve had clients who are always watching for red flags and anything negative, and they put their new partner through the hoops to prove themselves, again and again. And they wonder why their partner doesn’t stick around!

Pain is Inevitable, Suffering is Optional

By waiting for time to heal your wounds, mismanaging your emotions, time-traveling, letting your breakup define you, surrounding yourself with naysayers, and not forgiving your ex, you’re prolonging your pain and turning it into years or even decades of suffering.

I’ve coached women who’ve been separated or divorced more than one or two decades ago but are still hurting to this day. Don’t be one of those women. Let go of your hurt and set yourself free.

Life’s too short to be a prisoner of your past and your breakup.