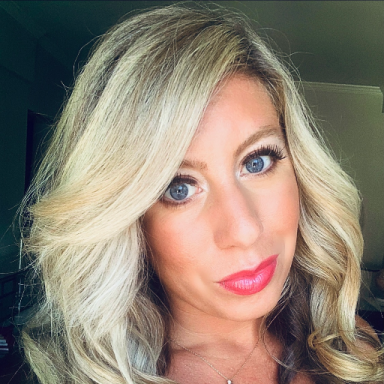 I recall the last night out. It was either nine or 19 days ago, before they canceled time. It was a Friday, and hours after midnight expired, I finally landed home. I was foolishly fueled by a recklessness I had abandoned in my twenties. I was not reckless in my thirties. In this decade, I had a real job, a mortgage, marathon training, and a skincare routine meant to erase the signs of damage I failed to prevent. I failed to prevent many things in my twenties. So too, it seemed, had the world.

That last night only seems extraordinary now because it was so ordinary then. The city coaxed us to the West Village, where trust fund kids drank negronis and snapped photos of apartment stoops. I was meeting a friend who shared my mindset: the swirling panic would impact everyone but us. We were young, healthy, headstrong. The little fires everywhere burned too far away to reach us. We were safe.

I took the E train, as I always did. The car was so empty, my thoughts echoed. I avoided the subway poles but could not avoid eye contact with strangers. The eyes were more prominent now, with faces half concealed by masks. It was an eerie scene, as if I had unknowingly entered an operating room. I locked eyes with a grandmotherly woman nestled in a burgundy scarf and smiled. Her blue paper mask trembled, so I like to think she smiled back.

My friend and I sat at the white granite bar of a glossy, overpriced eatery. The place was so empty, our words echoed. I overheard a heated conversation in the back by the chefs. The wrong type of oyster was delivered, the Olympian, not the Atlantic, and someone’s head would roll for this. Let that prophecy sink in. Happy hour specials ended at 7 but not for us because nothing ever did. The bartender provided heavy pours of something sweet with a bitter finish and confessed that he enjoyed the serenity. It was the calm before the storm. Our night continued to a second spot, a bustling bistro on the corner of Gansevoort known for its French glamour and international clientele. We quickly made friends with a few men drenched in thick German accents here on business, some private equity/hedge fund/bullshit where money was fluid, flowing, and dirty.

Conversation with strangers is easy when there is a global topic fueled by fear.

The men reassured us that this was temporary, an overblown blizzard warning when the shelves empty of Campbell’s soup and Swiss Miss. Life would resume normally soon. I liked to collect everyone’s predictions. I liked to file away the positive theories, dismissing those that frightened me. Denial is a quiet, potent thing. But its aftermath is devastatingly loud, recently sung in falsetto on balconies.

The men picked up our tab, the carafes of Sancerre and plates of truffle fries, and I was moved by the gesture. We were friends now. The uncertainty united us. My date showed up predictably two hours late without a dinner reservation but with a motorcycle helmet. The places we called were closed but we found a quaint Italian spot with Sicilian vines crawling up the exposed brick walls. Without hesitation, I put on the helmet and hopped on the back of his bike, zipping through cobblestone streets along the Hudson river. The lights of the city looked like fallen stars on the shimmering water. I gave no thought to safety, sensibility, or social distancing. Again, the recklessness. This was life as I knew it: intoxicating, unpredictable, and ours to explore because we were invincible.

Two days later, the restaurants closed. Three days after, my office shut down. A week later, the city locked down with “essential” stores open. The word “essential” reminded me of Maslow’s theory, and I looked it up to better understand this brave new world. The psychologist created a hierarchy of needs, layering the essential at the broadest base of a pyramid with the most desirable at the top. It was a visual depiction of a human’s potential to enlightenment.

Maslow claimed that the base of the pyramid was primal needs: food, clothing, shelter. The second was safety, the third was love and belonging. The top tiers focused on the individual: self-esteem and self-actualization. His theory resonated when I studied it years ago, but not any longer. Why was an individual’s needs placed at the top? Weren’t love and belonging more essential? Where was toilet paper?

Thirty-something days in and we agree the situation is no longer temporary. We agree the idea of normal is gone. The sudden shift from true human interaction to staring into a screen has transformed our world into a dystopian novel. Solitary confinement is a form of extreme punishment in correctional facilities. Humans are social creatures meant to roam free, not held in captivity, and certainly not meant to exist in the one dimension of virtual life.

But now, the city streets are so empty that my footsteps echo.

I miss things now that I never imagined missing because I never imagined a world where they could disappear. I miss the sound of laughter in shared air among my beautiful friends, the kind that inflates a room into a happy balloon. I miss reaching for an embrace and feeling the warmth of another body, the light thrill from touch. I miss waking up hopeful without the heavy dread of mortality rates and texts from friends who have lost their jobs and soon could lose their homes.

I look back on that last stupid reckless night with equal parts nostalgia and embarrassment. My ignorance was blissful; and I don’t regret it. I don’t regret indulging in what I love most about being human: laughter, conversation, excitement. But I cringe at my nonchalant attitude that I was safe from the flames. No one is safe now. The world is on fire.

As for Maslow’s theory, I disagree with it. It’s not a pyramid of needs where we claw and fight each other to reach the top.

The view from the mountaintop is lonely if you alone reach it.

I imagine the hierarchy of needs is more like a curve. The basic, most essential element is us: friends, family, people being kind and near and real. We’re in this together. Maybe it is picking up pumpernickel bread and gnocchi for elderly neighbors, leaving it at their door with a note. Maybe it is shouting gratitude and cheers from rooftops at 7 p.m. Maybe it is a simple text telling friends what day it is and sharing a photo of the cherry trees blossoming like hope in the park, little things to remind us we are not alone. The loneliness meant to protect us can’t destroy us.

Life has changed, but humanity has not.

Writer of words and lover of NYC.