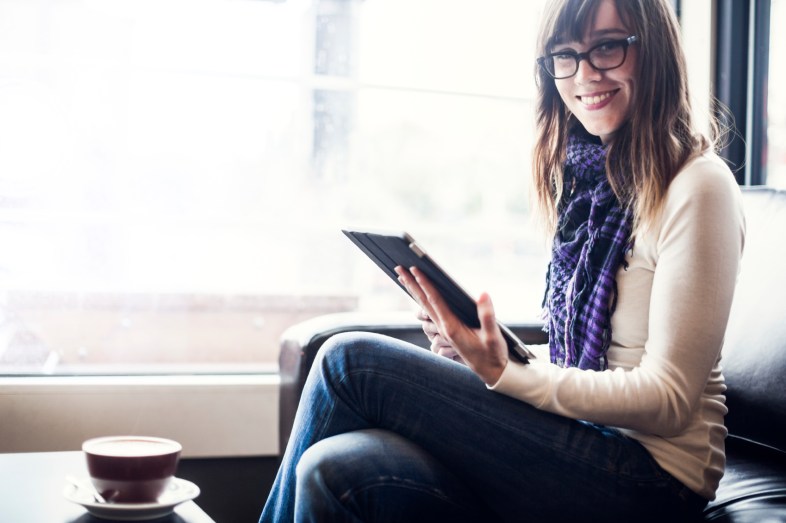 1. You habitually find yourself in inappropriately deep conversations. In particular, at bars, or in other social settings. Someone brings up Rihanna, like casually, and you’re all “the post-colonial American hegemony of pop music is infiltrating homosocial relations.” Awkward silence ensues.

2. You write hundreds of pages criticizing the oppression of past time periods, yet secretly love old times and wish desperately that you lived in, say, 1920s Paris.

3. You have an irresistible urge to put quotation marks around everything: “feminine,” “masculine, “ “nation-state”…they’re all just like, cultural constructs, you know?

4. After college, it dawned on you with no-small horror that no one would ever again care how much you know about Herman Melville, and that your hyper-critical tendencies are no longer glorified and validated on a weekly basis.

6. By the time you turn in your last, nauseating, quotations-filled paper you’re thrilled beyond belief to be done. Yet several months after graduation, you deeply miss writing them, directing this desire into verbose emails to friends.

7. You had a crippling crush on at least one TA/professor. He/she likely wore blazers with elbow patches.

8. You overthink everything. This wins you A’s, but has additionally revealed itself in your work life/social life/every possible aspect of existence. You’ve been told you’re “self aware,” but—while sitting on the sidelines of a crowded party—wondered if this is a good thing.

9. You’re mortified when people don’t know the names of post-modern theorists, but then realize you’ve all but forgotten how to add and subtract.

10. You have a hard time enjoying any popular fiction or film, except for when you do, at which point there’s a cognitive dissonance in your brain: “So cliché…so uninspired…so awesome.”

11. You judge your Business School friends for not “pursuing their passions,” but secretly envy their savvy with Powerpoint and Excel.

12. You’ve told someone at some point that you were “planning on going to law school.”

13. You’ve told many people, many times that, “you don’t care how much money you make, you just want to do what you love.” Nervously, you wondered how much money “not caring” really looks like.

14. You’re expected to have impeccable grammar and spelling but, due to spellcheck, are only incrementally better than the average person.

15. You’ve stuttered while explaining what you’re studying to people…”It’s like…the ramifications of new media in tourism cultures…or something…” Though you adore abstract theory, you sometimes wonder if it’s not just a way of putting fancy words on obvious concepts. In lecture, this sometimes prompted you to look around suspiciously, wondering if everyone wasn’t high out of their minds, including the professor and the person who wrote your textbook.

16. If you’re a woman, you went through a brief phase where you contemplated having super-short hair and changing your name to something gender-neutral, like Sky or Fin. Regardless of your sexual orientation. Also, you’ve at some point been “blown away” by how much you identified with Sylvia Plath, Simone de Beauvoir, Tina Fey. You reported this to everyone you know.

17. If you’re a man, you’ve gone through periods of self-flagellating soul-searching to reconcile the guilt that comes with being the oppressive sex.

18. If you’re white, you’ve caught yourself trying to overcompensate for your privilege by becoming the most vocal/adamant activist in the room.

19. If you’re a minority, you’ve felt weird when the oppression of your ethnic group was being discussed in your presence.

20. You’ve been long-frustrated with the lack of gender-neutral parts of speech, because you know “his/hers” is awkward but it grates on the grammar-purist in you to say “their” when you’re referring to one person. It’s like a battle between the two arenas you’ve worked hardest to perfect: your writing-prowess and political-correctness. In speaking, you’ve dabbled with using “folks” and “y’all” to replace “you guys,” but then remembered that you’re from Connecticut.

22. You own at least one “ethnic” scarf. Regardless of gender.

23. You at some point in the height of your academic career became insufferably arrogant. You found it painful to converse with such unenlightened people as, say, your parents, or the teenage kids you tutored after class. This complex was swiftly punctured after college.

24. Whenever you feel really down about your job as a waitress/nanny/door-to-door salesman, you flip through your study abroad photos and swoon over the romantic months where you and (insert foreign love interest) passed carefree hours in Guatemala.

25. You’re “working on a novel.” It’s based loosely on yourself, but also draws from, you know, Proust, Dante, the works.