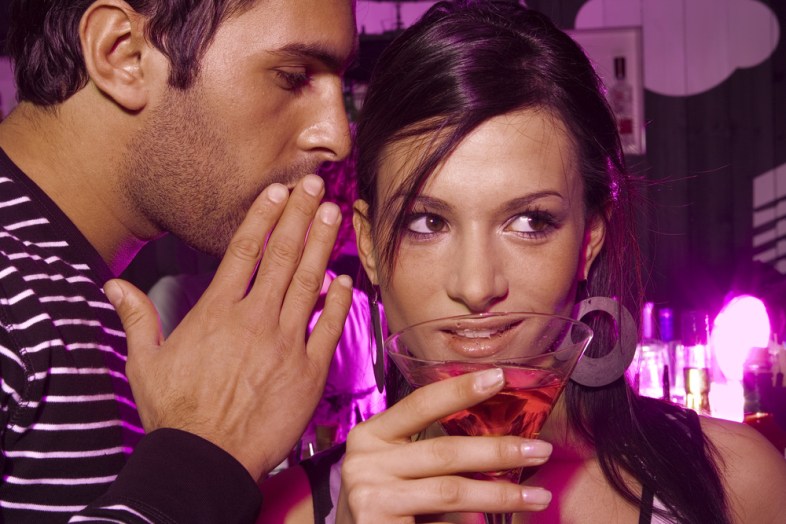 It was a little over three months after I found out my boyfriend was cheating on me and broke up with him that I found myself in a club with some expat workmates. I usually do partying with close friends but that time I decided to go with people who don’t know me much. They’re older people from work but I didn’t care. I thought that was the time to widen my horizons and try some things new. I must admit, I am an introvert with this odd fondness for clubs. Not because I am looking for hookups or looking for a guy to grind but I enjoy being in places with good music and people who share the same enthusiasm for EDM through dancing. So I was there dancing to the beat of my heart without any intention whatsoever.

But clubbing is always tiring especially if you’re like me who jumps when the beat drops. The moment I got tired, I sat on the couch and this hot Irish guy who I was apparently working with but I just met that same night also sat down for a little rest. We started talking (yelling) to each other about cultural differences, how he loved my country and would not think twice about accepting a permanent residence here if the company asks for it (he was here for an 11 month assignment).

We kind of started flirting by asking about more personal questions…also making sure none of us were in a relationship or worse…married. Then he threw out the magic words, “What would you say if I kissed you?” It was the first time someone ever asked me that. I froze and only managed to sweep my hair behind my ear. Being the traditional, conservative woman that I thought I was, I initially said, “I don’t know.” He didn’t hear me first or at least he pretended not to have heard me so the second time he asked I said, “ok” because I thought why not?

So there. The first kiss I had of an almost stranger. He was a great kisser. Not that I had a lot of experience with kissing because at 21 he was just the fourth person I have kissed (two women, two men) but he was just so good. It was the kind of kissing which makes you wonder what he looked like with no shirt on, nothing on actually. The kind which makes you want to keep going, to never stop. We would stop a few seconds when we see someone approaching but would keep going after each had left.

The next question was, “You want to go someplace else?” Being the person that I am, I got excited because I thought, “YAY Starbucks” which was how I usually end a night of partying so I immediately said “yeah let’s go!” But the movie bummer inside me said that I had seen this in movies and I was sure I would not be going to Starbucks if I said yes. So immediately I asked him where we were going and the answer was, of course, “We could go to my place.”

I felt like I was in a movie. I felt like my life was being staged to give some entertainment to people. At first I said no, pointing out that I needed to go home which was not exactly a lie because my parents would kill me if I didn’t go home. But this was not the first time I would go home late after a night partying. I knew I could have a few more hours out. But there were really a lot of things going on in my head.

I knew I was being covered with a lot of cloth that time but trust me, you wouldn’t like it if you see how much of a woman I am. I mean I’m twice the size of a regular Filipina woman. I am just not comfortable with my own skin. I always thought the reason my ex-boyfriend had sex with me was just that he loved me so much. Not because I was sexy or anything.

Dude, nobody warned me this could happen. This only happened in movies. I am not a movie. Why are you asking me these questions? Do I look like I am looking for a hookup? Because honestly no, I am so not looking for one. I am not even dressed well. A cardigan and pants in a club? No. Go for those skinny women wearing makeup and the shortest skirts ever invented. Shoo shoo!

I don’t know if I should be happy that this celebrity-looking, blue-eyed, probably the hottest guy in the club is asking me to go to his apartment with him or I should be disappointed because I look easy-to-get. I’ve seen this in movies and it never resulted in something good. And I am not like that. I like attachments, I like relationships (not just romantic ones but I want people to remember me as a nice person with sense, not just some random girl you would forget after hooking up with). It’s just so not me.

4. What Would Happen After?

Ok we would have sex. We would cuddle and sleep together. And then what? Do I wake up and leave his place without saying anything? Do we have coffee together? Do I kiss him goodbye? Say thank you? Do I need to get his number? Do we even have to keep in touch? Do I act as if nothing happened or would this keep going on?

5. I Can’t Be Pregnant Right Now

Ok I’d love to mother your kids because one, I love kids. Like I don’t care if you leave me after I get pregnant, I just want my own kids. Two, you look so fabulous. I’m pretty sure you’ll give me the most beautiful kids I could have. But I am fresh out of college, I’m 21 and I am just starting to explore this stage they call the real world so no, I just can’t get pregnant right now.

After all the thinking, I managed to let his blue eyes get the best of me. “We could just do it with lights off,” I said to myself.