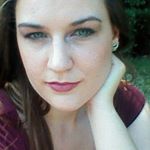 He just finished dismembering the stranger in the hotel room, blood splattering his perfect face. Looking up to catch her checking him out, he smiled. “Still checking me out after all these years baby?”

“Your smile melts my heart,” She squeaked back.

The scream from the woman the couple tied up earlier ruined the romantic moment. The wife raised an eyebrow at her female victim, angry that she couldn’t have a moment to enjoy her husband’s handsome face. Pointing the gun at the older woman, she debated about killing her quickly but, her husband stopped her.

“Not yet, baby. We should enjoy her.”

“Sexual favors aren’t your thing. That was Craig’s trademark.”

Her perfect husband almost choked at the memory of his former best friend. Raising his forefinger to warn his wife not to cross the line.

“Do not speak that bastard’s name. Say anything baby, but not that name.”

Breathing in, she knew exactly what she wanted to talk about. “I have an idea for my next chapter.”

Her husband groaned out but the wife wasn’t sure if it was from annoyance of her story or from lifting the chopped-up body parts of the man he just murdered.

“What is it now my love, romance in Italy? Spain?”

“The perfect love you read about in your romance novels, it doesn’t exist.”

Shrugging off his comment, “I think we have a perfect love.”

Her husband chuckled sweetly, his devilish grin making another appearance.

Admiring the man some more, “Oh god, how are you so handsome?”

The man was bagging the pieces of flesh in the black trash bags he brought with them. He had always been better at cleaning up then she was. Perplexing since she had been doing this much longer the man. She was the one who introduced him to this life.

“How is it that the most beautiful woman in Vegas agreed to marry me? Ask yourself that question.”

The screaming from the still tied up woman started up again and the wife couldn’t bear it any longer. She placed the gun on the nightstand, instead deciding to pick up the saw her husband had used earlier. The wife wanted to take her anger and frustrations caused by her writer’s block and take it out on the poor woman the couple had picked up at the grocery store earlier that day.

The husband stood and watched his wife, “Damn baby, I love the way you move.”

When she finished with the woman, she closed her eyes and took a deep breath. “Baby, you won’t believe it. I just had the most brilliant idea for a book and it will be unlike anything you have ever read.”

She raised a finger, silencing him. “A love story. Our love story.” She placed her hands on her hips, posing while the blood dripped down her ivory lace dress. She was proud of herself.

Her husband crossed his arms, “What?”

“There is no better love story than ours. Oh baby, it’s so romantic. The school teacher who fell in love with the handsome inmate that she wrote letters to…”

“Could we not include my incarceration?”

Finally removing the saw from the victim’s chest, “Then it wouldn’t be very accurate would it, my love?”

Shrugging his shoulders, he rarely argued with his wife.

“Whatever makes you happy baby.”

“It’s not about being happy, sweetheart, it’s about telling the best love story of all time. Even better than Bonnie and Clyde.”

“Didn’t your sister compare us to that couple on our wedding day?”

Nodding, the wife remembered that day. It was the last thing she said before her husband stabbed her sister in the heart with the cake knife.

“I never liked her anyway.”

She prepared herself to start cleaning the hotel room.

“What name did you put on the roster this time baby?”

But the woman wasn’t paying her husband any attention. She wanted to clean up the crime scene as quickly as possible so she could get home and begin writing.

The woman had been staring at her computer screen for the past five months trying to make something out of her original story of two lovers in Japan but it wasn’t amounting to much. This breakthrough in the hotel room was her sign from God that she would share her own personal romance with the world.

Pausing from screwing open the cap from the bottle of bleach, she took a moment to soak in the look of her husband. 6’1”, black hair and dark hazel eyes. She loved him at first sight. He was covered from head to toe in all colors of ink and she loved that the man was proud of wearing his heart on his sleeve.

“Baby, I need you to wrap this up. Quickly, I got both bodies taken care of already.”

But she couldn’t. She wanted to remember the feeling of her breath leaving her body the moment she saw him and promised to love him for the rest of her life.

“I am going to dedicate two whole chapters to your smile, one chapter will be about how your eyes make my skin tingle and…”

Her husband stopped what he was doing to make eye contact with her.

“It was when I was separating her arm from its socket that I remembered how I felt the first time you made love to me. Do you remember? We were in your childhood home and you were sad because you didn’t even want to be there in the first place.”

Breathing out, her husband squinted his eyes. He was always the calm one, “My love, you have the worst timing…”

Shaking his head, “No baby…not right now. We are not doing this right now.”

She opened her mouth, prepared to get loud. His eyes wide open, he gave her the last look he pulled out when he was warning her not to push him. She took the hint. Turning around so she could pretend that she was cleaning, she would be damned if she forgot her brilliant idea for her book. Stealing the hotel notepad and pen, she escaped to the bathroom so she would be able to jot down the necessary notes for later that night.

“We are so much better than Bonnie and Clyde,” She whispered to herself while writing down the scenes she wanted to include in the book. Ignoring the dried lines of blood that painted her skin and her mussed up hair, she was quick in her movements so as not to raise her husband’s suspicions. She wasn’t worried if the notepad had just the right number of pages, she didn’t want the memories to exit her brain.

The sound of his boots against the tile broke her from her profuse writing. There was that devilish smirk again. His hair was sticking out at random places from being rained upon by blood. He was a lot smarter in his clothing choices, always wearing black so none of his clothes ever stained like hers did.

“I wonder what you would look like as a blonde,” She commented before making the note.

Batting her eyelashes, she knew he couldn’t resist her green eyes.

Rolling his eyes, he breathed out, “Fuck I love you.”

“Don’t worry, I’m not going to make you color your hair. It’s just for the book.”

Groaning dramatically to show his annoyance, before finally sitting next to her on the bathroom floor, her husband took the notepad from her, “I guess I support this decision.”

Chuckling, she rested her head on his shoulder, her favorite place to be.

Elephants are my favorite thing ever.