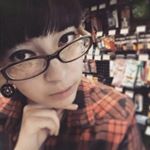 I used to think that leaving a relationship would make me bitter. Whether I was the one who put my foot down or the other person, I figured the prospect of future love would be too much for my grieving heart to bare. When I experienced my first heartbreak, I believed this more than anything. Little did I know that most romance in high school is shallow at best, and having a guy who is knowingly pursuing someone else tell you he is should be a good indication to get far, far away.

The string of broken heartedness that followed me the next three years was more and more affirmation to my belief that I would be bitter after each breakup. I would be angry, and spiteful, and petty, to show them just how much they’d hurt me.

When it was brought to my attention how quickly I jumped from relationship to relationship, I also realized…I’d never once been bitter after a breakup.

Sure, I’d been sad, I’d been mopey, spending my mornings curled in on myself, wondering why I was here alone and not by his side. I’d eaten whole boxes of cookies, tried to eat whole tubs of ice cream, only to admit I couldn’t finish, and that all the romance movies I cried to were horrible liars. I didn’t feel better, I felt bloated.

But even through the worst of sobbing myself to sleep, calling him a hundred, two hundred times, wondering what happened, what I did to make him stop loving me, I was never bitter.

I began to wonder too.

My first long-term relationship, with my longest childhood friend, lasted four years. And yes, like most girls who have fully given their hearts, I was convinced we would get married. Our lives were intertwined, and we would never be able to unravel. No matter what, I would be by his side, my best friend, the love of my life.

I didn’t stop crying for nearly a week after we broke up. Four years of my young life were gone. To a girl, barely an adult, it was devastating and left me the most vulnerable I’d ever felt in my life. This wasn’t a relationship lasting two, three months, where the heartbreak faded quickly, this was four years.

I was in another relationship almost two months later.

He was a knight in shining armor, here, I thought, to fix my wounded heart, make me see love again. The sun shined from him, his passion, his poetry. I was sure the last four years would melt away, never mind the fact that we barely knew each other. We were artists, we were forever.

It took me two years to realize that vulnerability is easily manipulated.

Why love over and over again? Why the rush, when heartbreak almost always follows close behind? Why fall so quickly when the pain fades so slowly?

Love sneaks up on us. Even for girls who love this easily, ready to give their hearts to the potential of forever, love surprises.

I was just as surprised at him as he was at me. And I was scared. Here I was, with years of damage and tears behind me, falling headfirst into his smile. He looked at me like a rabbit sometimes, timid and unsure behind the lion’s roar of his bright eyes. I’m sure I looked the same.

When he first told me, he was in love with me, I already knew. I’d already fallen too.

Maybe I am making another mistake. Maybe heartache calls me slowly on, waiting over the horizon. Maybe I’m moving too fast, rushing without looking ahead.

But I like the playful curl of his lips when he tells a joke, and the way he reaches for me in the dark, pulling me close for comfort. I like the way I want to be open, be myself in a powerful new way I’m so unused to feeling. I like the way I smile, and breathe when I’m with him.

For me, being bitter is impossible. Instead, I think about the love I haven’t given away, but let others borrow for a time. Breaking off pieces of yourself, hollowing out a piece of your heart, even to lend, hurts. That is why we hurt so much when the love is only temporary. But it is given back to lend on, and lend on, and lend on again, until finally, you realize the leftover hole in your chest is being filled too.

I own a pet snake named Pluto, and I’m a huge fan of loving yourself.

The Romantic Comedy You Should Watch This Valentine’s Day, Based On Your Zodiac Sign