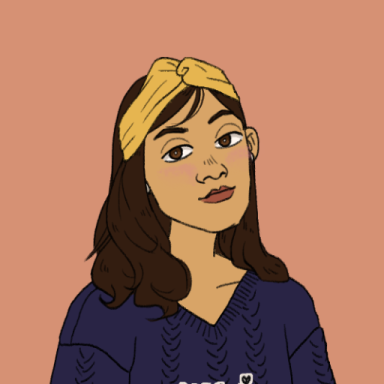 We live in a world of likes, a world where hearts and double-taps justify our stories, and a specific number of likes per post can confirm our appeal. Similarly, we’ve been groomed by social media to believe our follower count equates to our worth in the digital landscape.

I’ve never prided myself in having a huge follower count on any social platform. I currently have a little over 300 followers on Instagram, many of whom are old or current co-workers, high school friends, family members, and a handful of people I consider close friends. My Twitter account boasts just around 120 followers, a mix of acquaintances, friends, and random strangers on the Internet who actually think I’m funny.

I’m okay with all of this. I’m not a social butterfly, and I’ve never been one to request a “follow for a follow” or seek an influencer lifestyle. It’s taken a while, but I’ve learned to simply not care about my follower count and the number of people who pay attention to what I post.

So why does it feel so crummy when an online “friend” suddenly unfollows you?

I recently discovered an old coworker had unfollowed me on social media. Not just Instagram, arguably my most used platform, but Twitter, Facebook, and even the professional likes of LinkedIn. An unfollow from one platform is one thing, but to be removed from their eyes across the digital space had left me feeling confused and dismayed.

The first thought that initially came to mind: What did I do? Clearly I wronged this person in some way for them to remove proof of any of my social activity from their line of sight. I found myself feeling nervous and upset about someone out there not liking me. As much as I don’t care about my overall follower count, I’m still a human being, and the statement this person was making felt a little too personal. For someone to physically remove themselves from our cultivated, shared online life brought on a wave of emotion I didn’t see coming.

But once I let that initial sting of rejection pass by, I began to ask myself, why do I care? This was a person whose own social posts I rarely interacted with. When we still worked together we only ever worked in a professional capacity, never hanging out outside of the office. I didn’t really know this person. If given the chance, wouldn’t I have unfollowed them? The answer is a firm yes, so I can’t blame this person for cutting a cord I may have willingly severed myself.

So, I ask again, why does it feel crummy when an online “friend” unfollows you?

Whatever the case may be, we shouldn’t allow something as insignificant as an unfollow by an online persona bring us down. We shouldn’t allow ourselves to doubt our own strengths and question our behavior simply because one person on social media has turned a blind eye. Social media controls many aspects of our lives, but we shouldn’t let it control how we react and feel, too.

Not a writer. Just a small human with big feelings.