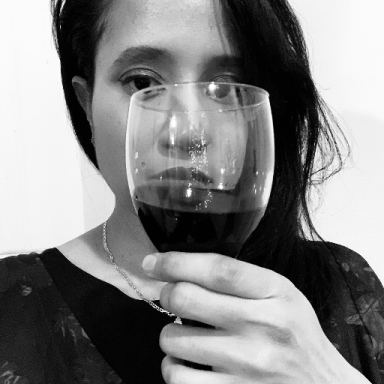 A pivotal moment in my last relationship was the day I discovered my ex’s plans to leave the state. There was a celebratory gathering in his apartment, and I was not given any details about what it was for. But then when he shared how he was closer to moving away, my heart sank. Amidst the cheers and the raising of beer cans, I stood there, frozen.

He had received the green light from his future employer to go and meet the staff. I was dumbfounded, since he had not shared any of this information with me and we had just celebrated our anniversary. Everyone praised him for his success—another clue that everyone but me knew about his mystery plan. For minutes I stood in place, confused and trying to make sense of everything that I had heard. The moment just made me realize that I had been wasting my time in this relationship. My own partner had not communicated his wishes to leave the state until he had gotten an offer. When he finally realized what he had done, he hugged me and told me it would be fine. “We can do long distance,” I remember him telling me with a smile. Meanwhile, I felt like my emotions were slowly roasting in an oven, marinating, burning, and ready to explode.

For the next several weeks, we played the game of fake it till you make it. I was slowly crawling deeper into a catatonic state of shock, fueled by my stressors at work, school, and my crippling relationship. It made me wonder what I had done wrong and the cycle of self-blame began. His ambition and courage did not bother me; on the contrary, I was proud of what he had achieved. To get an offer in such a competitive environment was a crowning achievement for him, and he deserved it. What bothered me was the deception behind it all, how he did not mention a single word about this to me until things had been solidified for him. It felt like I was being cheated on with a thought, an idea that had come to fruition for him. This put me in a robotic state; I didn’t even want to speak to him about it out of fear of making him do something even more extreme. I opted for the passive route and became very complacent, which was a mistake. In hindsight, I should have walked out because that was a tremendous flag. If we could barely communicate then, there really was not a reason to remain in a relationship where my partner had betrayed me.

It was a betrayal. Information was withheld, plans were made, and action was taken on his own. An escape plan crafted to get away from me. Given that the relationship was what I had assumed smooth sailing prior to that, it was an eye-opening experience about how you really never know the motives of certain people. They could paint you a picture of whatever you wanted to see or hear, but they were not to be trusted. Relationships are nothing if they are not built on trust and discussion. My ex decided to create his dream plan for the next 10 or 20 years of his life, and I was not in the picture. Looking back, I wish I would have left on that day, but I stayed for several more months, confirming that there was no coming back from that disaster.

The lessons learned in this experience were that I cannot be in love with someone who does not want a future. Relationships take work; they take time to cultivate, and they involve two people who want to grow and be with one another. A selfish party in a monogamous relationship will inevitably lead to its collapse. Eventually, we ended it. After months of trying, we just could never find the footing to where we were prior to that moment in time. Our communication slowly got worse, and I checked out emotionally. What started out as a team effort on a ship turned into the Titanic. He jumped first and I stayed, waiting for a sign. Only when the ship finally sank in the dark depths of the sea did I accept the bitter and cold reality. There was no going back, no future to be shared, and that life for me from this moment on would involve my pursuit of happiness and stability.

When things do not work out, look at the experience as a lesson for growth and learning. Harboring hatred for someone will not lead to anything. Instead, I have come to focus on what my needs and wants are. One day I hope to allow myself to bask in the experience of getting lost in the moment of love with someone else. For now, I still need to focus on rebuilding, growing, and letting go. The relationship taught me that love is not selfish and that a relationship thrives on connecting constantly and communicating. We are not mind readers; we are people trying to build more with those who claim our hearts. Heartbreaks ground us and make us stronger. They motivate us to reach for more and not settle for less. What makes love incredible is experiencing the growth, joy, and intimacy that comes with connecting with a lover. You just have to make sure to find someone who aligns with your dreams and goals, and then you both fight to build a future together.

Books are my best friends.