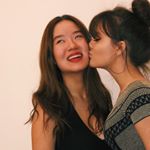 I live in New Hampshire now, but I’m originally from Hong Kong. Although there are numerous differences between these two places, such as in culture and social norms, I’ve discovered one striking thing they have in common: the disturbing prevalence of white beauty standards.

You’d think that a homogeneous Asian city would at least adhere to a less restrictive set of beauty standards, but I’ve come to realize that this notion is naive and untrue. The presence of white supremacy manifests in subtle, insidious, indelibly damaging ways, whether in countries next to or oceans away from America.

When I was younger, my mom encouraged me to get double eyelid plastic surgery. This term seems foreign to you because it’s mainly used by people of Asian descent to correct their monolids. This is done in order to mimic the “fold” in eyelid skin that white people naturally possess. “It’s not a big deal,” my mom would say to me. “I got the procedure too in my twenties. You should be grateful to have a mother willing to support you like this financially—I had to pay for my own plastic surgery. It’s so simple, but you’ll look so much better!”

Looking back, the thought of a mother telling her 7-year-old daughter that she needs plastic surgery seems absolutely absurd. At the time, however, I didn’t question it. The women on the magazine covers and TV screens never resembled me. I had long grown up in an environment where boys only liked the white girls at school, where even my Asian friends would pull their eyes into slits and use their fingers to flatten their noses down to mock someone they thought of as ugly.

In the years to come, I tried desperately to fix the unerasable flaws I saw within my own appearance. I used eyelid tape, which was supposed to give the temporary appearance of double eyelids. I bought colored contacts off sketchy websites, which could’ve blinded me. But I didn’t care. I watched Youtube makeup videos obsessively, hoping that I could use some magic bronzer to make my nose appear skinnier and my cheekbones more prominent. I spent hours in the bathroom at once with the door locked, wishing that I could disappear into thin air, wishing that I could transform into someone I didn’t recognize.

As I grow older, I’ve also come to realize the broader ways that white beauty standards affected me—not only did I despise the way I looked, but I also lost confidence in myself. Whether it was raising my hand in the classroom or taking bigger risks, a force within stifled my voice and told me to keep my mouth shut. Sometimes I feel guilty for caring so much about my appearance, but then again, how could I not? It was about so much more than looks. We live in a world that sexualizes girls from a young age, where a woman’s inherent value is seemingly tied to how conventionally attractive her appearance is. I was conditioned to believe that my worth and my confidence equated with how closely I could resemble a white woman while still being Asian. It was about so much more than looks—this conditioning led me to doubt the most important aspects of myself, and it speaks volumes about the culture of our society which we are constantly immersed in.

Thankfully, growing older has allowed me to dispel the notion that I need to look a certain way to feel pretty and, more importantly, feel worthy. Occasionally I do experience resentment towards my mother for the things she said to me as a kid, but I remember that she is also a product of her environment. In her mind, getting plastic surgery would allow me to be more visible in dating pools, job interviews, and within our culture itself. It was what she thought best for me, and I could never blame her for that.

Women of color are continually held at a disadvantage in society, our inferiority in the face of white supremacy constantly spoon-fed to us through characters on TV screens who don’t talk like us, celebrities on billboards who don’t look like us, and the ceaseless, unrelenting social cues where racism rears its ugly head. So if you get the chance, please tell a little girl of color that she is beautiful, and that she is enough. Help her unlearn these toxic beauty standards at an early age. It will make all the difference.

Andrea So is an aspiring writer and student who originates from Hong Kong but lives in New Hampshire.