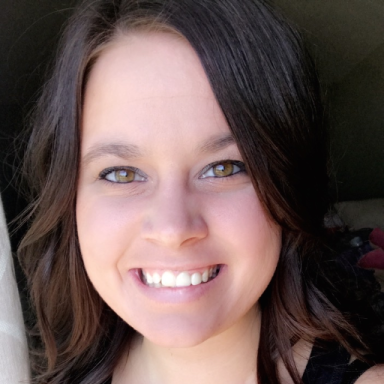 Some days will suck you back into the memories and leave you dry, like a bad nightmare you can’t escape, no matter how hard you try to blink your eyes and wake up. Other times it’ll be nothing more than a moment of the past, something that feels too far out of reach. What’s important is not drowning yourself in the pain, withstanding the thought that what was once lost will never be restored. A narcissist will only win if you let them. And no matter how hard they fight, you have to fight harder.

Remember who you were before them.

Narcissists are famous for gaslighting. Gaslighting is a form of abuse that makes the other person question their own reality. Narcissists use it as a tool to confuse and manipulate their victims into thinking something that’s far from reality. “I have no idea what you’re talking about, that never happened.” “It’s not a big deal.” “You sound crazy, you realize that right?” “You are way too sensitive.” It makes you second guess yourself and your character. Are they right? Did it actually not happen? Manipulating is their greatest weapon, trying to make you feel weaker than you ever could be. But it’s important to remember who you were before them and not the person they’re trying to make you out to be. You aren’t crazy, that did happen, and it is a big deal.

Focus on the future, not the past.

People always say to live in the present, but with a narcissist, that’s near impossible. It’s easy to cling to the past because it’s who you want to believe they are, but the present reveals the reality of the situation. They aren’t the person that they were in the beginning, and they never will be. Time shows true colors, and their colors will always bleed black and white if you’re willing to face them. There’s no denying reality, although your brain craves to shift to anything but what’s actually happening. By looking ahead, you give yourself a chance for the future, one that feels near impossible to reach, but is possible with a little hope and a lot of faith.

Give yourself permission to break and break again.

We’re whole because we’re stitched together with a million broken pieces. Making the commitment to leave for a better life isn’t an easy one, and anybody that tells you that it is has never been through it. To want change requires strength to push through the most difficult situations, and strength requires pushing just a little harder each day. Some days will be better than others, where the sun will shine just a little bit brighter. And some days the sun won’t shine at all. What’s important is to not lose sight of that small window of light, to persist on even when the biggest accomplishment is getting yourself out of bed. You will break—some days more than others. But give yourself permission to break as many times as you need, until each piece aligns perfectly together and you’re whole again.

Be okay with saying no.

The biggest realization is that suddenly the only word in your vocabulary for the duration of the relationship has been “yes”. Get comfortable and familiar with saying no. You’ve sacrificed for so long; allow yourself some grace to start making decisions on your own. When you’re forced to be told what to do, you lose sight of yourself. Something as simple as saying “no” when it’s not something you want to engage in can actually become empowering. Regaining yourself takes steps, and sometimes it starts with one simple step.

Know that you will be okay.

The manipulation and torment of feeling like you’ll never be okay without them is what chains you to staying with them for so long. In intense moments of trauma, feeling okay feels like the farthest thing from reality, especially when your “reality” has been distorted and twisted for so long. It’s okay not to be okay, but don’t stay there longer than you have to. You will be okay again. In fact, one day, you will be more than okay. You will be better and stronger than you would’ve ever been had you stayed. It may not feel that way today, tomorrow, or a month from now. But one day it will. And even if that day feels too far out of reach, know that when you do finally get there, it’ll be worth it. It’ll all be worth it to know that you are, in fact, more than okay.

"Write what should not be forgotten"

Never Fall In Love With A Narcissist

When A Narcissist Convinces You To Hate Yourself

The 8 Most Common Lies Narcissists Tell To Make You Stay