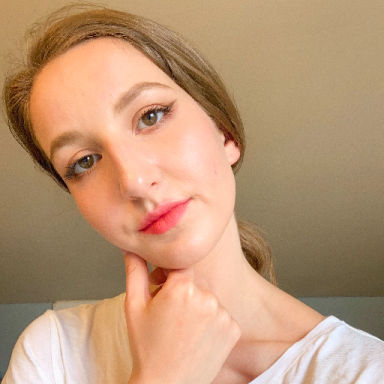 There’s something about October.

I’m not sure if there is a more anticipated month than the one we are in now. It’s a great time of year, bringing the best of fall, the start of cuffing season, and the first of the three-month long string of the year’s best holidays.

Aka, it’s “basic bitch” season, when women in their teens and 20s come out in full-force to live their best lives and make sure everyone else knows they’re doing so, too.

I am one such woman. And while most of the time I don my Patagonia fleece while on the never-ending hunt for the city’s best acai bowl without a second thought, this October, those second thoughts started creeping in.

I first started to notice them this past weekend. I recently moved into a new apartment (my first time living by myself!) and have been sloooww in getting things set up and decorated. Between building all the Ikea furniture I bought to furnish the place and finding out my pantry is mice-infested, simple things like deciding where to put my bonsai tree or organizing the countless powerstrips and extension cords have slipped under my radar.

So, I wasn’t too surprised when I opened up the calendar that was sitting on my bedside table and saw that the last time I used it was August. A visual representation of how long it had been since I moved in and how little I had done to settle in since, the calendar spurred me into the headspace of Joanna Gaines.

Digging through the unorganized box of office supplies sitting under my desk (that will most definitely still be there when I move out), I found a lone tack, and proceeded to bruise my thumb trying to hang the calendar up on my stiff bedroom wall.

When it finally stayed put, I took a step back and smiled at the blank month before me, because who doesn’t smile when they think about October.

I mean, October is great. I love October.

In my head, I could already visualize all the fun things I was going to write into the empty date boxes, filling up the spaces with activities designed to make the most of fall and enjoy this beautiful time of year.

But with that smile came an automatic eye-roll. A preemptive “leave me alone” to all the people I knew who were getting ready to judge me for spending my Saturday afternoon in a corn maze. Because there would be, without a doubt, a side-eye from a mother who is annoyed I’m in front of her and her child in line for the hot apple cider. A comment from some family friend on a post I make that reads “what a corn-y day.” A “she’s so basic” thought from someone I took a random geography class with my sophomore year of college who thinks I’m shallow because I think crop tops are cute when paired with the right pair of high-waisted jeans.

And while none of that is going to stop me from racing through the tall stalks to be the first one out on the other side, it does cast a slight shadow over something that is supposed to do nothing but bring me smiles and laughs.

And then, one more eye-roll later, I looked at my calendar once again.

And here I am, feeling as though people are going to discount my opinions or worth or individuality, all because I like taking selfies and shopping at Trader Joe’s. While some of that definitely has to do with my own opinions of myself and how others view me, I think this one extends beyond just me.

I remember a conversation I had with my cousin back in the summer of 2010. Baby by Justin Bieber was topping the charts internationally, and my siblings and I had just pulled up to her house blasting Biebs through the speakers.

Needing some energy drinks in the way only freshmen in high school need them, my cousin and I decided to take a walk down to Romy’s, the tiny convenience shop a few blocks away where we could have been buying beer instead, to bring back some caffeinated sugar drinks for our whole group. On the walk back, a few sips in and already buzzing, she brought up my oldest sister.

“You know,” she said between gulps, “one of the best things about her is that she likes what she likes regardless of what other people think about it.”

And she was right. Despite the Belieber hate that was pouring in from the boys on our swim team and the family members who insisted the only good music in the world was Bob Dylan and The Beatles, my sister kept on blasting her songs whenever she got the chance.

It was something that struck me then, and something that still strikes me now, that it is something we have to applaud – not being afraid to express what you like. That enjoying a song that reached the Top Ten charts in thirteen different countries meant to so many that my sister lacked taste.

That this was 10 years ago, and yet we are still being judged whenever we do or like something that others have deemed as ‘basic.’

When you do a Google search for the definition of basic (adj.), the first one that comes up is: fundamental.

And then below that: offering or consisting in the minimum required without elaboration or luxury; simplest or lowest in level.

And right below that: informal, derogatory. having tastes, interests, or attitudes regarded as mainstream or conventional (typically used of a woman).

So, when people call women basic, they are derogatorily saying we are fundamental, simple, and lowest in level because our interests are mainstream.

Just the other day, in my work group chat, one of my coworkers said, “Question: Do people even like apple picking or is it just for insta?”

The reason that things have become mainstream, why they are liked by so many that it’s no longer unique to like them, is because they’re good. Really good.

Farms opened their orchards up for ‘pick-your-own’ fruit long before Instagram began capturing plaid scarves among the trees and freshly baked apple crisps. Starbucks didn’t brand the PSL in hopes of breaking into a new market of 20-something-year-old women, they capitalized off of it because we were already buying them. And brunch… well, brunch goes without saying. I mean, mimosas and bloody marys? Come on.

While this may seem like a silly thing to many. In essence, calling women ‘basic’ is calling us one-dimensional. And we are anything but such.

I do know that along the way many women have reclaimed ‘basic’, wearing it proudly. I applaud you. Keep doing you, Lululemon leggings and G3 VSCO filters and all.

For all of us out here who want to head into the holiday season with cups of frothy hot chocolates, Hallmark Channel movies queued up on the tv, and IG captions that read “sweater weather!” For all of us that recognize we are more than just what we enjoy.

So, let’s abolish ‘basic.’ And get to enjoying our Octobers in peace.

P.S. iIf anyone has any Target or HomeGoods recommendations for home deco inspo, send them my way. I’m a sucker for millennial pink.

I don’t have a half-birthday - there’s no November 31st!