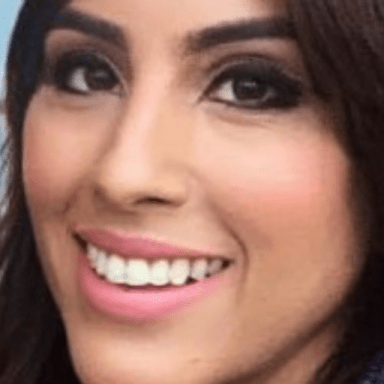 Growing up, I believed everyone had my exact childhood. On a good morning, pastelitos for breakfast. Birthday parties with merengue and salsa blasting from the speakers and several distant relatives sitting on the back porch steps, shirtless and strumming guitars while we took turns beating the piñata with a bat, blindfolded and giddy from the caramelos I still can’t find in any Target these days.

On Papi’s days off, or days he didn’t receive calls from desperate customers on the side of the road with engine problems, he took my sister and I to the airport. Outside on the sidelines, behind the metal fence and stretched out on the roof of his Cadillac Fleetwood, we watched the planes take off. I still remember the thundering sounds of wheels pressing the concrete and preparing for an unimaginable fate of flying out of sight to an unknown destination far away from any place I’d ever been. The sounds of the plane’s engines muted all thoughts and conversation, and only now I realize that’s probably in part why Papi took us there. I like to believe that it was his way of telling us we could go anywhere, we just had to take off.

As a teenager I spoke to him in my broken Spanish, for English had become my native tongue, despite being a first generation American. He sent pictures of my sister and I to his family in Cuba; our school photos were passed around the dozens of family members and taped on the walls of the barren living rooms to be admired. My father had done the seemingly impossible: He had left a communist country and started a life anew, an American life, and here were his two American daughters, ripe with opportunity and naïveté. I think it broke his heart.

It wasn’t until I was in my early twenties when I heard the first of what later would become many comments regarding people like my father. Latin men living in America, working minimum wage jobs and speaking little English. Comments like, “This is America, folks,” and after glancing over at me, “No offense, but this is an English speaking country.” But all I could do was stare.

My father came to this country in 1980 as a Marielito as it would be later known, one of the 125,000 Cubans to leave Cuba in a mass emigration on the Mariel boatlift, destination Miami. He had been a political prisoner for seven years in Cuba from the age of 15 and emigrated to Miami at the age of 27. Growing up, I heard the same stories of life in Cuba, lacking details and providing a bleak outlook on what it was like. Statements like “I been working since I little boy, I’m tired.” And “They gave us 5 lbs of rice, ½ lb of oil, beans, and a bag of sugar, and we were five brothers, two sisters, my mami and papi.”

Anything my sister and I went through paled in comparison to his upbringing, and Papi reminded us daily of our blessings, a roof over our head, floors beneath our feet, and food in the fridge among them. He taught us the value of a day’s work at the age of eight and 10; we sold roses door-to-door to neighbors for several weekends, and my sister and I had our own mango and grapefruit stand just for fun.

Papi didn’t come here to make his life better. I know that now. Now in his 60s, he is an Uber driver and his English still sucks. He is the only person I speak to in Spanish and that’s probably why my Spanish sucks too. Papi came to America so that his offspring would be spared the fate of his childhood and beyond. So that my sister and I could feel frustrated when running late for a dinner party, or happy because we got a job promotion or graduated from school, or sad when our pet dog died, or eager because our favorite movie just hit the theaters—you know, normal things that affected our American lives.

And so now in 2020, decades after the migration that brought my father and thousands of others to the shores of south Florida in search of freedom, the comments persist among those who choose to pay attention to the differences among us.

For anyone bothered by my father’s lack of mastery of the English language, let me assure you: perfecting his English was not on his list of reasons to come to America. As far as he is concerned, his English is pretty good, and he’s gotten by just fine for nearly 40 years.

My dad doesn’t want your jobs. He came here so that I can have them, or to at least have the chance (just like almost all Americans here, unless they are descendents of a native tribe—Cherokee, Apache, Navajo, etc.). He sold bread on the streets of Cuba at the age of five, leaving school early to do so, so that I could get an education and graduate from an American university. He shined shoes at the age of seven so that I could count my blessings and spend my days as a child playing, rather than working. At the age of 15, he went to prison for seven years because he refused to be silenced by an oppressive regime—so that I could call America my birthplace. And at 27 years old, he left his entire family in Cuba—not knowing If he’d ever see them again—so that I could create my own family here.

So yes, my father speaks Spanish pretty much all of the time in America, the land of the free. And I am his daughter, an American writer with immigrant parents, who did a pretty good job learning English.

Observer of the world