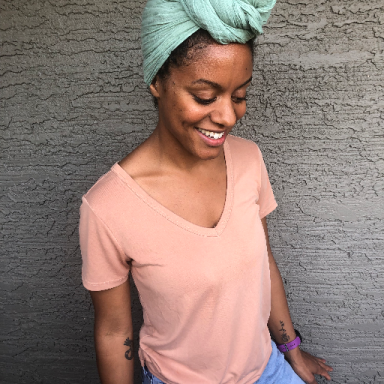 I was the one to slide into the DMs. Actually worse—I left a voicemail (Gen Z-ers, a voicemail is, “an electronic communication system in which spoken messages are recorded or digitized and stored for later playback to the intended recipient”), otherwise known as the irrefutable evidence of something no one ever does anymore: call. But I did. I called an ex and left a voicemail… Still letting that sink in.

I used to pride myself on how effectively I could cut people out, never so much as even typing their name into any social media platform. But this time I folded. Hard. Instead of taking a few moments to ask myself why I was reaching out, I folded beneath the pandemonium and loneliness that 43 days of isolation can stir up. I convinced myself that I was genuinely concerned for them during this time, and that my unquenchable desire to know how they were doing must be some sort of sign to reach out. So, I did.

And now I’m broadcasting this embarrassment to the world because I have to. I feel called out by every article supporting the victims of “exes who keep reaching out”. On behalf of those exes, I want to share a little insight that will either make you loathe us even more (a potential win?) or to encourage future “well-wishers” to direct their DMs as snail mail to their grandmothers instead.

It is not a sign from the universe that the reason you’re thinking so much about your ex is because you’re supposed to reach out. Please believe your heart is more valuable than being relegated to a receiver of ethereal messages that an ex needs a check-in. It is and they don’t. Instead, remember that your heart is most likely hurting and feeling exceptionally vulnerable during this historic time. Check in with yourself and see who you could use a call from in that moment; call them instead.

Closure is a mindset, not an action. It isn’t closure you hope to get from a DM conversation, it’s attention. Attention from perhaps someone who made you feel “seen”. Naming this can spare you the cheapened version. Instead, ask yourself why you don’t feel seen right now. I would guess that this need is coming from being physically less visible to the world for X number of days in quarantine. So be kind and take that extra minute to see yourself in those journal entries you’ve written, selfies you’ve taken, pictures you’ve painted, cakes you’ve baked (and half-eaten). Whatever you’ve poured yourself into during these unseen days, go there instead.

Some days, especially as of late, life feels like treading back and forth, back and forth over a well worn path—some days in one direction and some days in the other. Reaching out because you “randomly thought of them” is an affirmation of your laziness. They will always be there for you to think of if you refuse to go anywhere else. Rather than slide into someone’s DMs, identify what else you want to try, where else you want to go, how else you want to show up in the world and pursue those new paths instead. Use this involuntary worldwide pause as a time to explore the interests you’ve snubbed for time’s sake. Start something new rather than trudge over what once was.

There. I’ve publicly admitted my failure in the hopes of reminding someone else of their strength. This is a wildly uncertain time, but I am certain that growth will come from this if we choose it.

i am unraveling myself and making discoveries along the way.