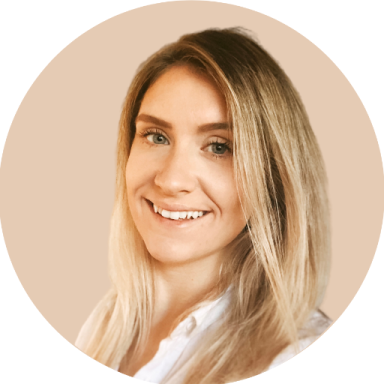 Narcissists are people who know how to charm, coerce, mislead, seduce, and use deceiving words to have their way. They have the forked tongue of a cobra and come without misgivings when it’s time to spout their vitriolic and poisonous venom on their victims.

Their main resource is verbal trickery, and they use manipulation to make others say and do whatever they want. Their biggest asset is their timing—they know exactly when to say the right thing and use that to confuse, degrade, and belittle their victim.

They devalue others and make them seem worthless so that they may subjugate to their will. Those who are on the receiving end fall prey to their unrelenting mind games, which can be incredibly damaging and can trigger anxiety and even depression. One of the most common terms associated with narcissism is love bombing, where a narcissist sets a trap of affection and love, making the victim feel completely dependent on them during the initial stages of the relationship. Then comes the emotional pain and onslaught that cripples the receiver mentally, and they have no means to escape.

If you want to imagine what it would be like to be with a narcissist, picture this: You live in a reality that has been distorted and warped. You feel violated of your rights, thoughts, and opinions; you are manipulated, ridiculed, lied to, gaslighted, and demeaned. You start imagining things. You find it hard to breathe when you come to the realization that the life you so happily built can be this merciless.

Your core self feels diminished and eroded. There are times when you are shoved off the pedestal, only to be lured back into a cycle of torture and abuse that is worse than the previous one. And when you do try to escape, there is no way out. They come back with “I’m sorry” and “I will change,” but their words lack any action. It is something about the way they think that makes them worthy of being left alone or treated in the same manner, but who wants to be treated like that in the first place? This begs the question of what creates a narcissist and the thought process that makes them stand out from the crowd but also come out as a charming gentleman or lady, making it easier to fall for their games.

They know how to manipulate you and others, and no logic or intelligence can get them to agree with your idea or opinion. They are designed to make you feel small and unworthy of love. They know all the right buttons to push, which often makes you wonder, “Could they be right? Have I been wrong all along?”

They have an impressive amount of self-importance. They can’t stand someone else taking the lead, so they brag about themselves to literally anyone and everyone they can find. They go on endlessly about their skills, talents, and intellect and expect others to feel inferior to them.

Their superior sense of self also makes them arrogant, which is one of the many ways they try to mask their fragility. They are an empty emotional vessel that needs others’ validation to stay filled to the brim, so they continue to seek praise and admiration. Everything is about their needs and wants because they believe they come first. It’s as if they are programmed to want the royal treatment, and when others around them don’t cooperate, they take you down with their judgment, comments, and hurtful ways.

They are also exploitative and are willing to take advantage of others without showing any concern or guilt. They think it is their right. They also lack empathy and are unwilling to pay any attention to the feelings of others. They rarely know how to love, bond with a child, or give their spouse the much-needed support they need to just get through the day. Although they know how to fake feelings of love, eventually all their layers will come crashing down one after the other and they will no longer be able to sustain their act. If you have been with a narcissist before, you know this. Maybe you’ve noticed that when things don’t go their way, they turn on you. They will instantly put the blame on you for destroying their life while you stand there knowing it’s not your fault.

A lot of times, it is hard for the one being abused to actually pinpoint their experience, as the abuser is known to twist their reality. Whenever the narcissist foresees an incoming argument, they use intense love-bombing and convince their victims to let go of the idea. However, there are still many ways for the abused to identify if they are in a relationship that is exhausting and mentally-impairing.

Have you ever felt that after every fight or argument, you find yourself apologizing? If so, this is a tactic they use to make you feel that way. They distort your reality and convince you that you are the one at fault, not them. They turn the tables on you and highlight all the things that are wrong with you so that you will forget about them and their downfalls. They target your vulnerabilities. They don’t want to have a rational conversation about issues. Instead, they want you to bend at their will. For instance, if they want to do something and you agree to let them do it, they will become very loving towards you. But, the moment you want to do something they don’t like, such as going out with your friends, all the love goes out of the window, and they will make you feel guilty about not wanting to spend time with them or whatever the case may be. They make you think you overreact to everything. Since they are master manipulators, all the emotions and words they bring up during an argument or conversation makes you wonder if you really are overreacting.

How you feel inside doesn’t matter to them as long as you keep them happy. They will never be happy about the things you are happy about. For instance, if you got a new job promotion and you go up to them to break the news, all they may have to say in return is that it must have been pure luck. You know that they know how hard you work, but they are never going to show appreciation. If you are angry about something, they will tell you that you brought it upon yourself. If you are sad, they will tell you that you probably deserve to feel sad. If you are frustrated, they will make sure that you know it was your fault and then tell you that you have a bad habit of overreacting to everything. They need you to give them all of your undivided attention. They want you to be dependent on them, so they distance you from all those you lean on for support. This includes your family and friends. Since they know their way around words, they turn you against your own people using deceiving comments.

Don’t let a narcissist take over your life, and immediately distance yourself from them if you’re in the presence of one. They are no good for you. They are probably going to end up alone or with someone just like themselves. But you don’t have to be their puppet. Therefore, don’t let them doubt your own powers, don’t let them push you around, don’t give in to their manipulative games, and most importantly, empower yourself mentally, financially, and emotionally so that you don’t have to rely on them or anyone else.