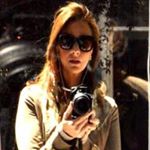 I want to share something with you, because I know I’m not alone in what I’m about to say. I hope you’ll read this in the spirit it’s intended—not as a sad story, but as one of growth, clarity, and appreciation for the young girl I was and the woman I’ve become.

I’ll keep this high level. My parents loved each other when they got married, but over time, they grew apart. I don’t have any memory of my parents being a “couple” even though they didn’t divorce until I was 11. They lived very separate lives under one roof. I don’t recall ever seeing them hug, kiss, or laugh with each other. My mom was very successful professionally, and she worked long hours. My dad also worked, but he was home in the evenings and took care of my brother and me, making us dinner, bathing me, and detangling my long hair while I sat on the bathroom counter.

Most nights, I went to bed without seeing my mom, and she slept late on weekends, so that time was limited too. When my parents divorced, my brother and dad moved to a cabin on a lake about an hour from our house. I lived with my mom, but she kept working long hours, and she was also dating. At just 11 years old, I was home alone, often until the early morning hours. I was just a little girl. I remember being scared. I would eat Doritos for dinner and watch TV and talk on the phone with friends. My mom loved me so much; she was doing her best as a single mom and just didn’t have the tools to be there for me in the ways that I needed.

At a very young age (even years before the divorce), I decided that I was alone in the world, that no one was watching out for me and that I had to be my own protector. And in so many ways, it worked. I put my head down, learned to watch out for myself and made sure I was safe and a success. I studied hard and got great grades, was captain of the cheerleading squad, and paid my way through college while working three jobs. In so many ways, it worked– that little girl turned out okay.

It’s only been in the past few years that I connected the dots between my childhood and my present. I always just thought I was independent and self-sufficient. I didn’t realize that I was, in some ways, doing what I had learned to do my entire life, which was to be my own protector. I had become really, really good at being alone. So when I would date a kind, open-hearted man who wanted to love me, I would feel this unexplainable, overwhelming sense of fear and find a reason to back out of the relationship. I started to feel stuck in relationships and stuck in my head when it came to love. I recently read this quote by Emily Maroutian, and it felt so accurate:

“You’re not stuck. You’re just committed to certain patterns of behavior because they helped you in the past. Now those behaviors have become more harmful than helpful. The reason why you can’t move forward is because you keep applying the old formula to a new level in your life. Change the formula to get a different result.”

Over the past few years, I’ve learned that the tools I created and used as a little girl were not only helpful, they were necessary. They kept the bad guys out and kept me safe. But those same tools are the ones that were causing me to avoid love, seek solitude, and feel the safest when I was fending for myself. I was still using those old tools, but they didn’t work on the life I have today. So a few years ago, I had a conversation with young me. I thanked her for creating these tools and told her that they had served their purpose and that she had done a good job. However, it was time to put those tools in the shed and close the door. Their work was done.

With this newfound clarity, I’ve put it on the line when it comes to relationships. I’ve opened my heart in ways I hadn’t in many years. I’ve taken risks (flew to Austria for a week-long ski trip with a man I met for one night in London; went on a 4th date to Austin for South by Southwest with a guy I’d known for three weeks; went on a weekend trip with my ex). I’ve had courageous conversations at the risk of being told, “I’m just not that into you.” (I did it again yesterday. He just wants to be friends. Ouch.) I’ve tried and failed and succeeded and grown. I’ve learned that life is better when it’s shared. I’ve learned that I can be happy alone and happy in partnership and neither is better nor worse than the other. And while I still haven’t found my forever person, I know I’m a whole lot closer to love than I was just a few years ago because I put away those old tools that no longer served me. In many ways, I unstuck myself.

Are you using old tools in a new life? Maybe you learned to cope, protect, or behave in certain ways when you were younger because it served you at that time. Honor that. You needed those tools at that time. But maybe it’s time to hang them up and let their work be done.