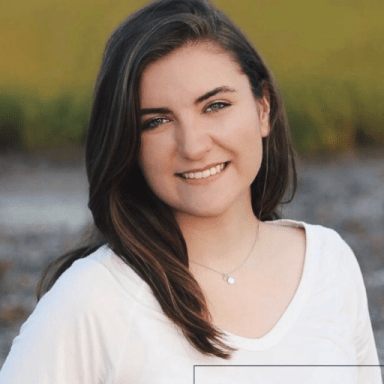 I once had a piano recital when I was 13. I was practicing on our old Steinbach piano when my mom came in and told me, “Your aunt and uncle are coming to hear you play.”

I became hysterical. I locked myself in my room, paced back and forth, and bawled my eyes out. It was bad enough I had to play in front of a crowd, but now I had to make small talk with family? No way, Jose.

I went to see a therapist for the first time the following week. She was nice. Her outfits made her look like a grandmother, even though she was in her late 20s. I saw her once a week for almost three years and never made any progress.

Actually, by the end of our time together, I progressively got worse. By the time I was 15, I couldn’t handle any type of interaction with people. I made my friends order for me at Panera, and the idea of ever having to get a job put me in panic mode. I didn’t think I would ever be able to get my driver’s license. What would happen if I drove too slowly and the car behind me got annoyed? I would never be able to live with myself!

Slowly but surely, I was building walls around myself and life was quickly becoming intolerable. A therapist telling me there was nothing to worry about only made me frustrated, and all my parents could do is watch as their daughter gave up trying.

When I was 16, an anxiety attack left me spread eagle on the hardwood of the bathroom, too numb to do anything but let floor vents blow hot air in my face. My mother laid down next to me, put her face next to mine, and said, “I think you need to see a new therapist.”

She was right, I did. Miss I’m-27-and-everything’s-going-to-be-okay just wasn’t cutting it for me anymore. I had real shit going on.

My first few sessions with the new therapist were awkward. My archnemesis was taunting me once again. As I explained how depressed I was, my brain told me, She thinks you’re just a stupid drama queen.

In my third session, the new therapist gave me a rude awakening. She gave me homework. Just what I needed—more things stress about. She gave me explicit instructions: “Go down the street to the mall, walk up to three people, and ask them what time it is.”

Holy crap, did I lose my mind just imagining this. However, I gave her my signature shy smile and said, “Okay, I’ll try.” Not. I was already rehearsing my bullshit answer for the How’d it go? question for next time.

But she called me out: “You’re not going to do this, are you?”

Nope. Wasn’t even going to attempt it, either.

Here’s the thing about therapy—if you want it to work, it will. They’re smart cookies, those therapists. They know exactly how to get you going.

I told her I already knew how this scenario was going to play out—me running away, refusing to leave the car, crying hysterically. I couldn’t even leave the car for my soccer tryouts last year! Not because I was afraid to play, because I was terrified of being awkward and what the other players would be thinking about me!

That’s what did it. Terrified of being awkward. Here the diagnosis came: “Your anxieties center around social interactions and fears of awkward situations.”

Social Anxiety Disorder. (Ironically hyphenated as SAD, since sad was exactly how it made me feel.) SAD is a funny thing to experience. You spend years running away from everything, and you’re perfectly content with striding through life that way. Then one day, it just isn’t enough.

My therapist recommended I go on Zoloft; meanwhile, I tried convincing my mom I wasn’t going to become a serotonin junkie. Hey mom, there’s actually something chemically wrong in my brain, so I need to take pills. The old-fashioned nurse in her just couldn’t believe it.

The biggest lesson I learned in my five years of therapy is this: You can’t read minds.

My therapist said this to me after I poorly explained for about half the session what happens when I’m around people. They’re thinking I’m a weirdo, and this is awkward.

“You can read minds?” she legitimately asked me. I said of course not, I just know that’s what they’re thinking.

“If you can’t read minds, then how do you know?”

Again, it turns out I wasn’t crazy. There’s an actual cognitive distortion called “Mind Reading” where your brain assumes others are having negative thoughts about you. Who knew!

Looking back, that therapist saved my life. Sure, the Zoloft worked wonders, but they only gave me the backbone to turn my life around. Therapy is what actually pushed me to change.

I continued talking to my therapist until I graduated high school. After that, I sort of just ghosted her. I don’t really know why I did, and I feel really bad about it now. I think I just wanted to leave that part of me behind. Forget it ever existed.

I wish I was still in contact with her, especially now when I’m going through a pretty rough time. She was actually one of the first people I ever showed any of my writing to. I’ve thought about sending her an email or something but then I start thinking, “She definitely thinks I’m an asshole.” Then I remember: I’m not a mind reader.