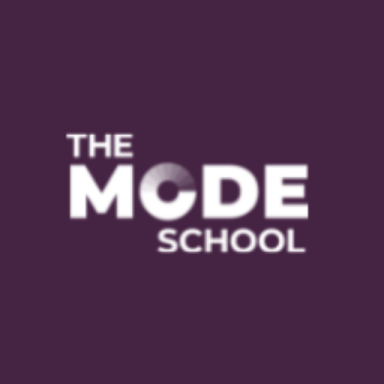 We live in a world full of increasing opportunities for women to start businesses, grow companies, and be the best bosses they can be.

Anyone who knows me is aware of my unconditional passion for women doing awesome things – whether it’s in life, education, or business, you name it and I’ll support it.

However, in saying that, I want to share with you why you should consider shifting your thinking surrounding the terms ‘Girl Boss’, ‘Boss Babe’ or phrases of the like.

‘Girl Boss’ was a phrase coined to empower women initially. But with some more thought, it is evident that this ‘empowerment’ is actually extremely detrimental to the mindset and self-perception of women in business. Consider this: if a 6-year-old boy and girl were standing next to each other, would you tell them that the boy could grow up to be a boss one day, while the girl could grow up to be a girl-boss, or even worse, a boss babe, one day?

Think about how silly it would sound to tell the little boy he could grow up to be a boy-boss. The prefix ‘girl’ in front of the powerful word ‘boss’ implies that bosses are only men, and when females take the role of a boss, it is simply a case of a woman doing a man’s job.

Being a Boss: A Woman’s Job

However, shouldn’t we be teaching our daughters, our friends, and other important women in our lives that the job title ‘boss’ is MEANT for women? We all know that women have the ability to start and run a business – women are inherent creators! Let’s consider some ‘women in business’ facts:

Women were even perceived to be “more effective in 84% of the competencies” that Harvard Business Review usually measures in companies.

Startups founded by women produce an average of $730,000 of revenue over five years, compared to $662,000 for companies with male founders.

Female-run start-ups produce an average 77% return on investment, compared to 31% from men.

So, if we know that women have a natural mind for business, why do we keep using the belittling term Girl Boss? It fosters the mindset that women must stay in their lane – they can be bosses, but not in the same space with the big-dog male bosses. You can be a big shot in ‘girl world’ but not in the real, unisex world? I don’t think so. I’m sick of hearing this term that, inadvertently or not, keeps women aiming small. BBC Writer Hephzibah Anderson described ‘Girl Boss’ as “just another linguistic tool of oppression, doing the very opposite of what it was intended for: denigrating rather than celebrating, patronising rather than promoting.”

Therefore, I’m challenging you to start truly celebrating and promoting female entrepreneurship through changing your language to treat male and female bosses as equals. After all, I think you’d rather tell your children one day, especially your daughters, that they can grow up to be anything their minds can imagine. Your daughter shouldn’t aim to be a girl boss, she should aim to be a BOSS boss, period. You, too, shouldn’t limit yourself by aiming to be a #BossBabe. If you’re a female in business, you’re a BOSS, plain and simple. Own it.

The Mode School: Where women learn about life + business differently. Follow Amelia on Instagram or read more articles from Amelia on Thought Catalog.

This Is What It Really Means To Be A Girl Boss, Because It’s More Than Just Hustling

The Problem With Calling Someone A Lady Boss

3 Classic ‘Office Mistakes’ That Will Actually Improve Your Work Life

Maybe I’m Not A ‘Girl Boss’